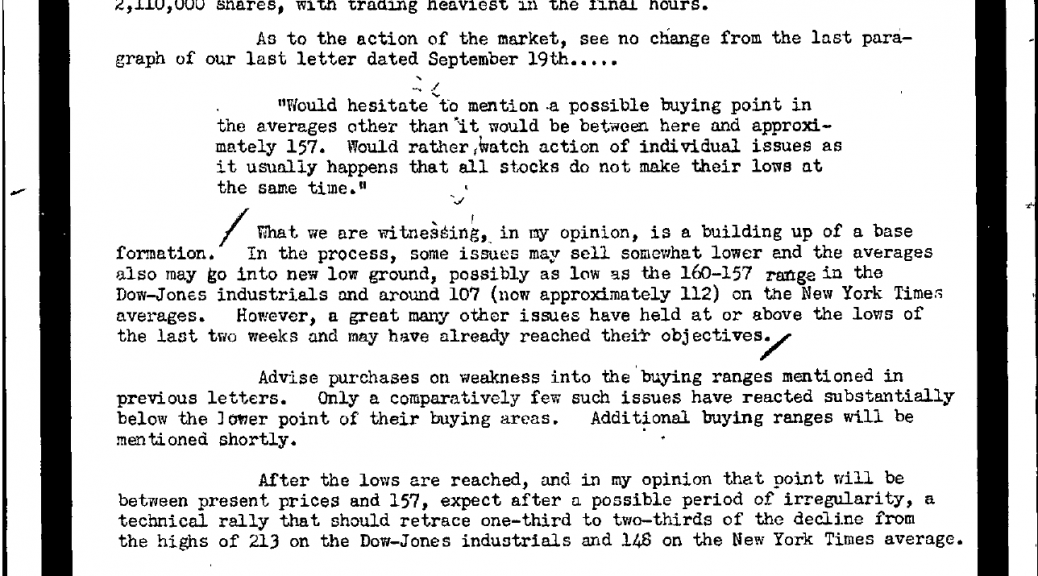 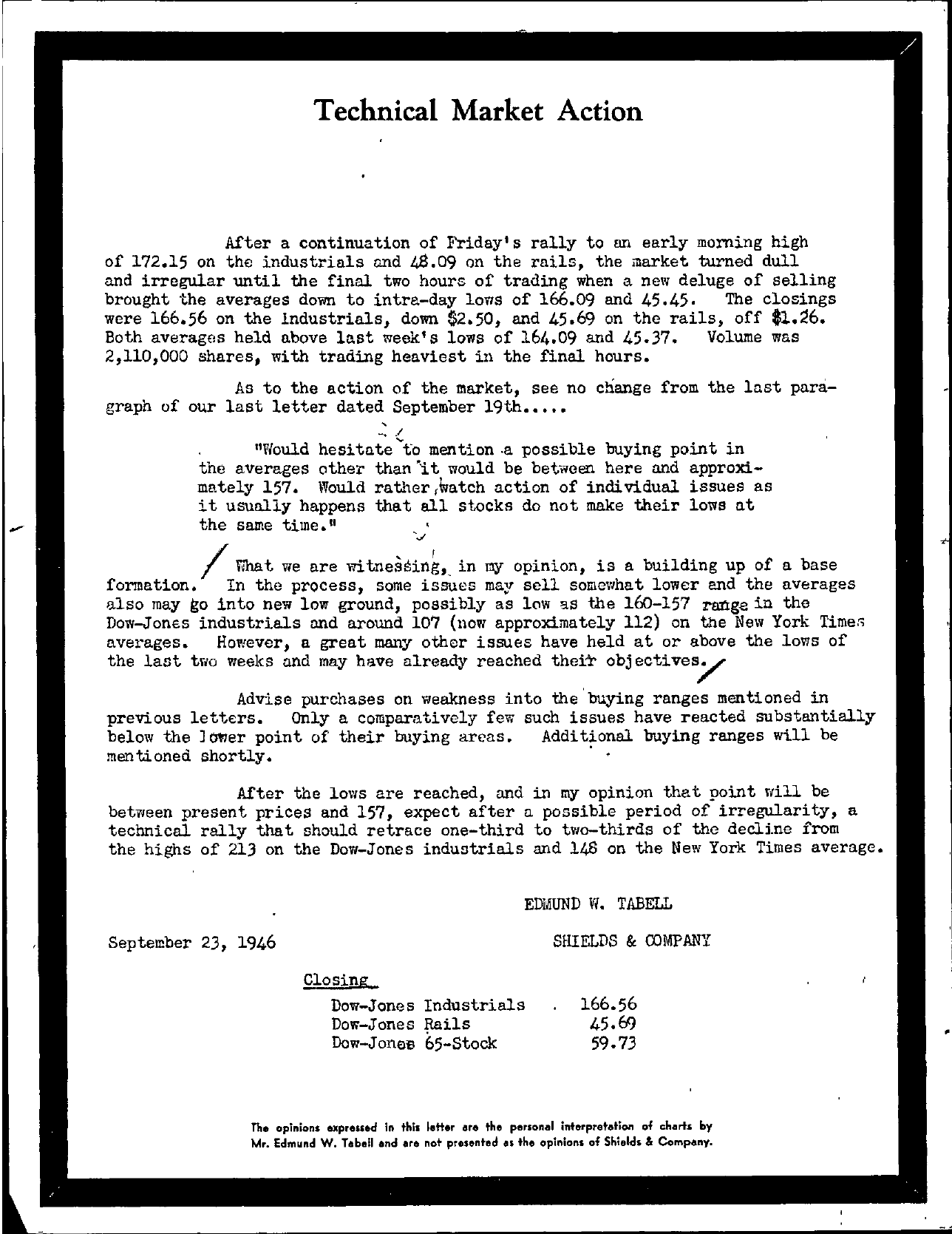 Technical Market Action After a continuation of Friday's rally to an early morning high of 172.15 on th industrials and 48.09 on the rails, the market turned dull and irregular until the final two hours of trading when a new deluge of selling brought the averages down to intra-day 10Vis of 166.09 and 45.45. The closings were 166.56 on the Industrials, down 2.50, and 45.69 on the rails, off Both averages held above last week's lows of 164.09 and 45.37. Volume was 2,110,000 shares, with trading heaviest in the final hours. As to the action of the market, see no change from the last para- graph of our last letter dated September 19th , -, / ItWould hesitate to mention a possible buying point in the averages other than '1. t would be between here and approxi- mately 157. Would rather Ii-atch action of individual issues as it usually happens that all stocks do not make their lows at I 'the same time. It J \That we are witnessingI, in my opinion, is II building up of a base formation. In the process, some issues may sell somewhat lowr and the averages also may go into new low ground, possibly as low as the 160-157 range in the Dow-Jones industrials and around 107 (now approximately 112) on the New York Time; averages. However, a great many other issues have held at or above the lows of the last two weeks and may have already reached their objectives/, Advise purchases on weakness into the 'buying ranges mentioned in previous letters. Only a comparatively few such issues have reacted substantially below the Oller point of their buying areas. Addi tional buying ranges wi.ll be men ti oned shortly. . After the lows are reached, and in my opinion that point will be between present prices and 157, expect after a possible period of irregularity, a technical rally that should retrace one-third to two-thirds of the decline from the highs of 213 on the Dow-Jones industrials and 148 on the New York Times average. September 23, 1946 EDMUND W. TABELL SHIELDS & OJMPANY Closing Dow-Jones Industrials Dow-Jones Rails Dow-Jonae 65-Stock 166.56 45Jf) 59.73 Th. opinions expressed in this lett.r 4r. the personal interpretatiOll of chart by Mr. Edmund W. Tabell and are net presented as the opinions of Shields & Company.