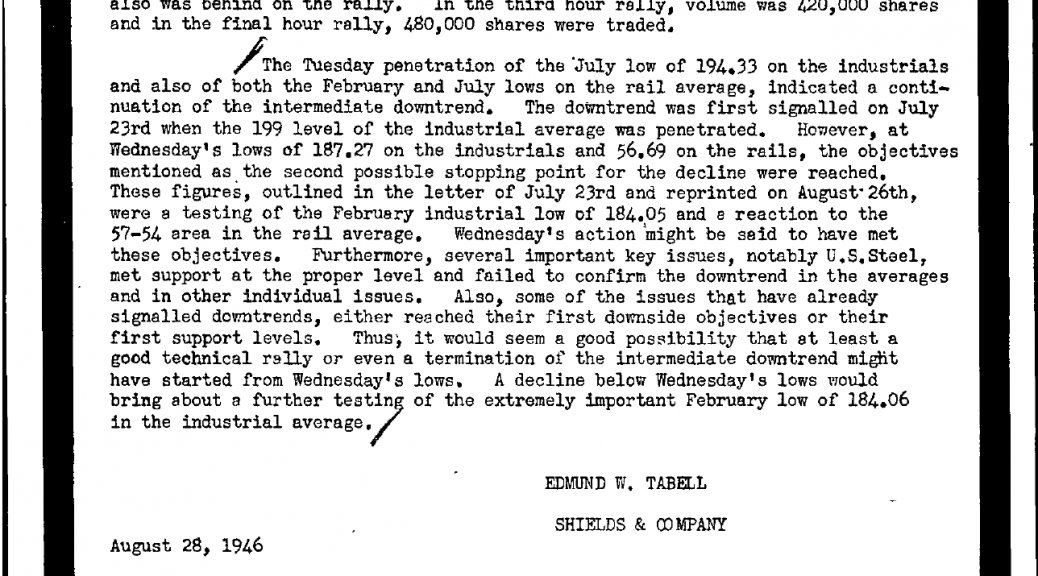 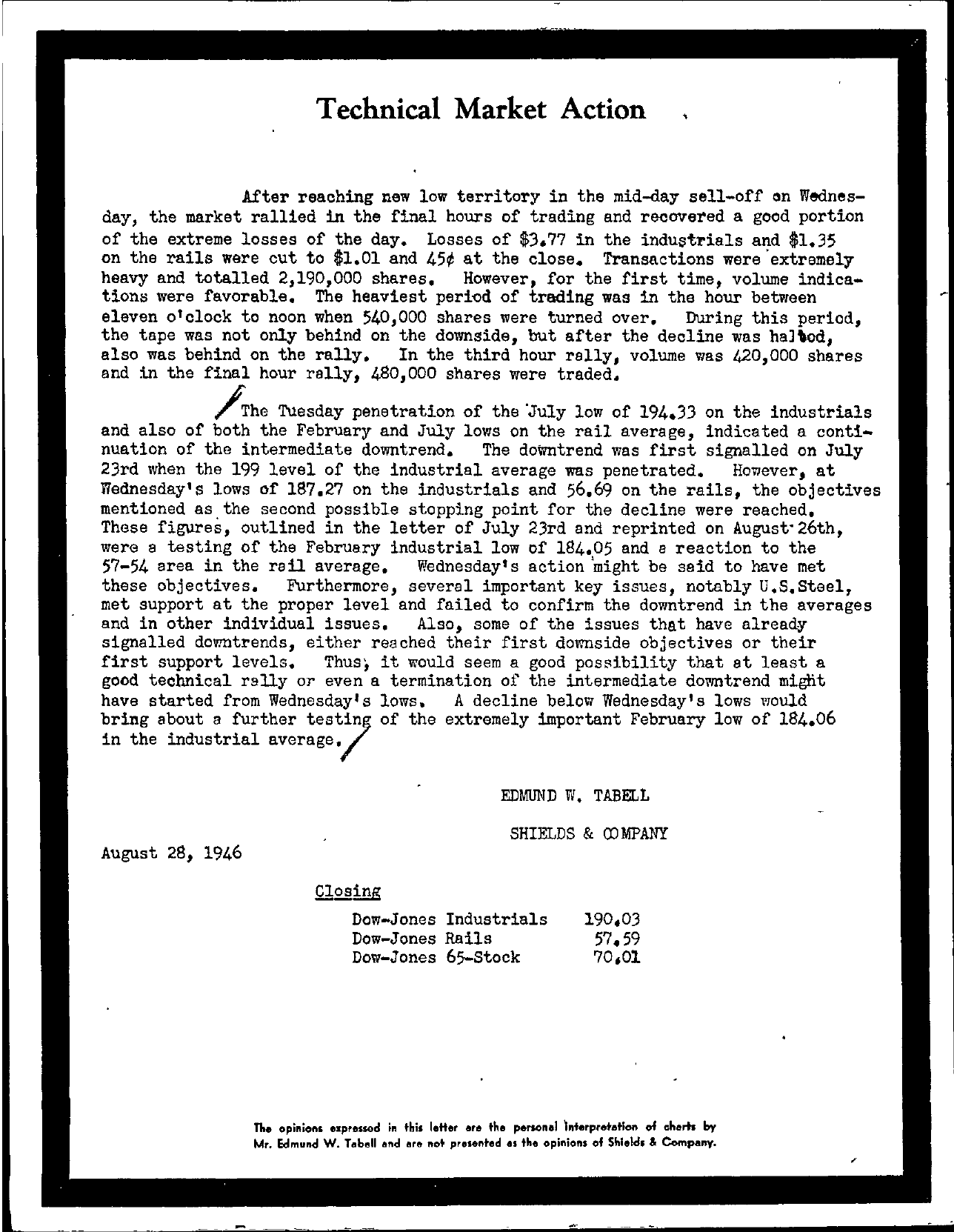 Technical Market Action , After reaching new low territory in the mid-day sell-off an Wednes- day, the market rallied in the final hours of trading and recovered a good portion of the extreme losses of the day. Losses of 3.77 in the and 1.35 on the rails were cut to 1.01 and 45 at the close. Transactions were 'extremely heavy and totalled 2,190,000 shares. However, for the first time, volume indica- tions were favorable. The heaviest period of trading was in the hour between eleven o'clock to noon when 540,000 shares were turned over. During this period, the tape was not only behind on the downside, but after the decline was haJ\od, also was behind on the rally. In the third hour rally, volume was 420,000 shares and in the final hour rally, 480,000 shares were traded. Tuesday penetration of the low of 194.33 on the industrials and also of both the February and July lows on the rail average, indicated a conti- nuation of the intermediate downtrend. The doWntrend was first signalled on July 23rd when the 199 level of the industrial average was penetrated. HOViever, at Wednesday's lows of 187.27 on the industrials and 56.69 on the rails, the objectives mentioned as the second possible stopping point for the decline were reached. These figures, outlined in the letter of July 23rd and reprinted on August'26th, were a testing of the February industrial low of 184.05 and a reaction to the 57-54 area in the rail average. Wednesday's action might be seid to have met these objectives. Furthermore, several important key issues, notably U.S. Steel, met support at the proper level and failed to confirm the downtrend in the averages and in other individual issues. Also, some of the issues that have already signalled downtrends, either reached their first downside objectives or their first support levels. Thus, it would seem a good that at least a good technical rally or even a termination of the intermediate downtrend might have started from Wednesday's lows. A decline below Wednesday's lows VTould bring about a further of the extremely important February low of 184.06 in the industrial average./, August 28, 1946 EDMUND W. TABELL SHIELDS & COMPANY gosing Dow-Jones Industrials Dow-Jones Rails Dow-Jones 65-stock 190.03 57.59 70.01 The opinion, elpressed in this letter are the personal )nterpretetion of cherts by Mr. Edmund W. Tabell and .ue not presented as the opinions of Shlekl, & Company.