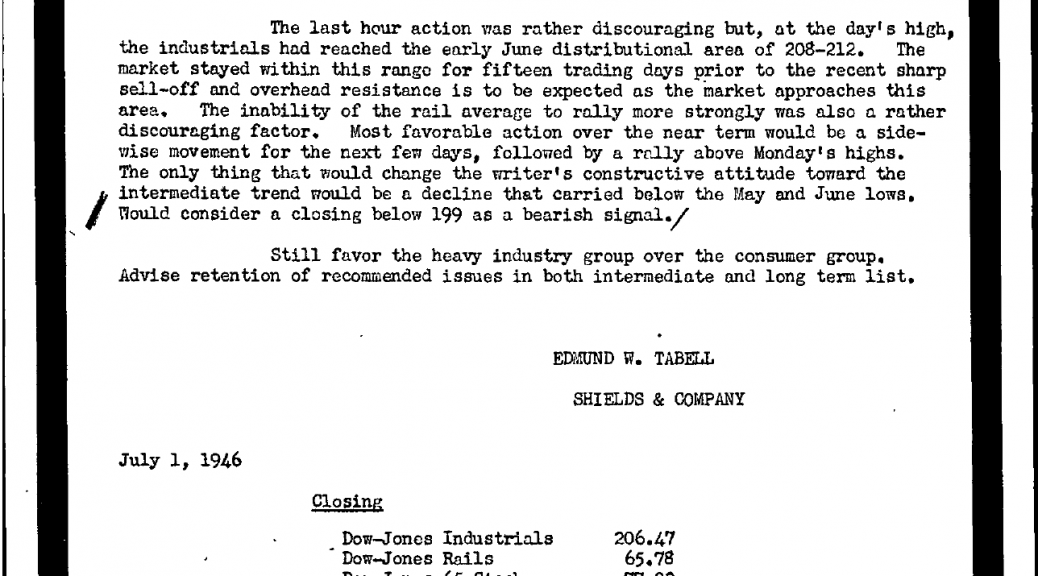 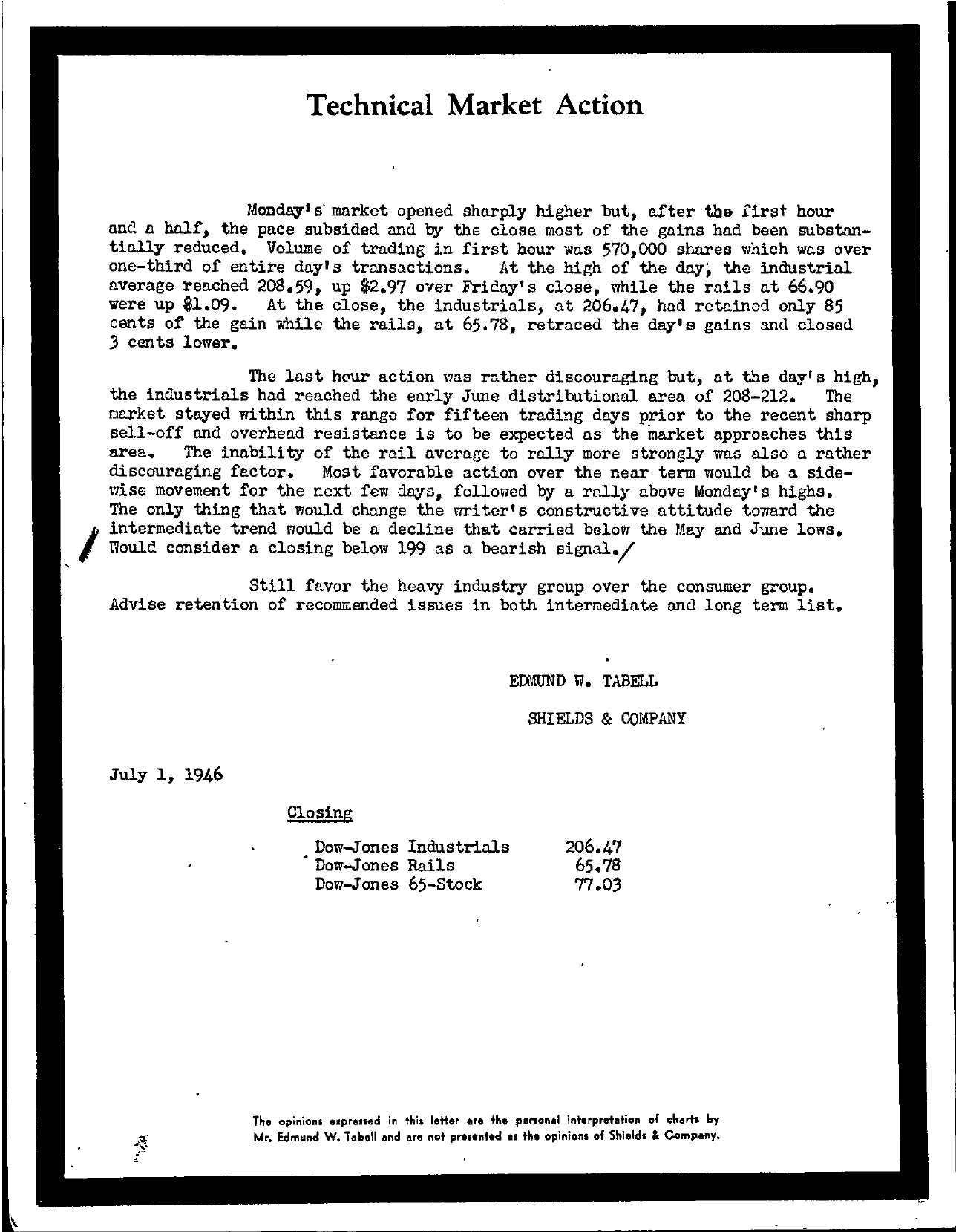 Technical Market Action Monday's' market opened sharply higher but, after the first hour and II half, the pace subsided and by the close most of the gains had been substantially reduced. Volume of trading in first hour was 570,000 shares which was over one-third of entire day's transactions. At the high of the day, the industrial average reached 208.59, up 2.97 over Friday's close, while the rails at 66.90 were up 1.09. At the close, the industrials, at 206.47, had retained only 85 cents of the gain while the rails, at 65.78, retraced the day's gains and closed 3 cents lower. The last hour action was rather discouraging but, at the day's high, the industrials had reached the early June distributional area of 208-212. The market stayed within this range for fifteen trading days prior to the recent sharp sell-off and overhead resistance is to be expected as the market approaches this area. The of the rail average to rally more strongly was also a rather discouraging factor. Most favorable action over the near term would be a Sidewise movement for the next few days, followed by a above Monday's highs. The only thing that would change the writer's constructive attitude toward the intermediate trend would be a decline that carried below the May and June lows. consider a closing below 199 as a bearish signal.;! Still favor the heavy industry group over the consumer group. Advise retention of recommended issues in both intermediate and long term list. July 1, 1946 EDMUND W. TABELL SHIELDS & COMPANY Closing Dow-Jones Industrials Dow-Jones Rails Dow-Jones 65-Stock 206.47 65.78 77.03 The opinions expressed in this letter are the personal interpretation of charts by Mr. Edmund W. Tabell and are not presented as the opinions of Shields & Company.