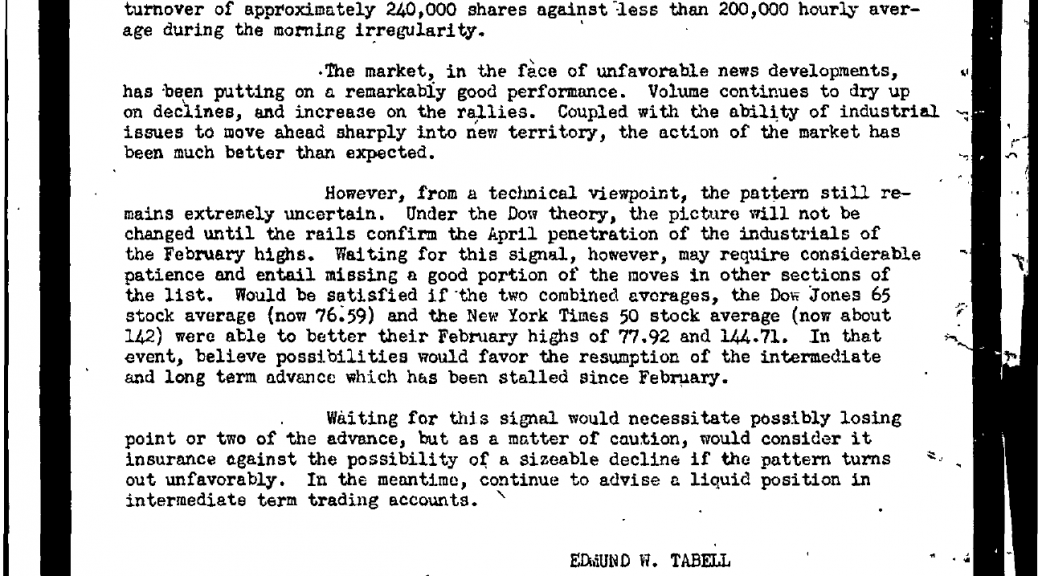 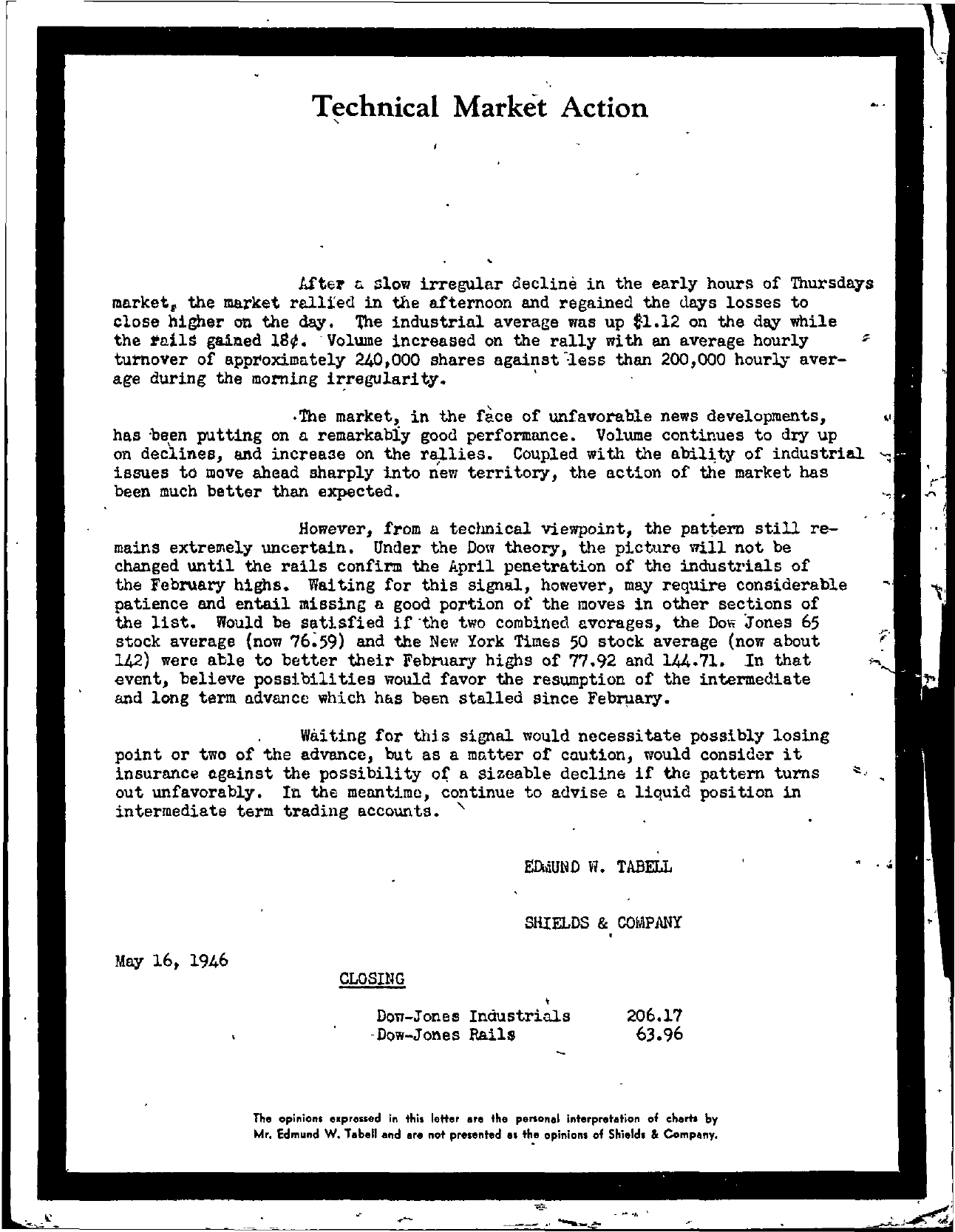 Technical Market Action After a slow irregular decline in the early hours of Thursdays market, the market rallied in the afternoon and regained the days losses to close higher on the day. 'the industrial average was up 1.12 on the day while the gained 18. 'Volume increased on the rally with an average hourly turnover of approximately 240,000 shares than 200,000 hourly aver- age during the morning irregularity. ' .The market, in the face of unfavorable news developments, has been putting on a remarkably good performance. Volume continues to dry up on declines, and increa3e on the rallies. Coupled with the ability of industrial issues to move ahead sharply into new territory, the action of the market has been much better than expected. However, from a technical viewpoint, the pattern still remains extremely uncertain. Under the Dow theory, the picture will not be changed until the rails confirm the April penetration of the industrials of the February highs. Waiting for this Signal, however, may require considerable patience and entail missing a good portion of the moves in other sections of the list. Would be satisfied if the two combined averages, the Dow Jones 65 stock average (now 76;59) and the New York Times 50 stock average (now about 142) were able to better their February highs of 77.92 and 144.71. In that event, believe possibilities would favor the resumption of the intermediate and long term advance which been stalled Since Waiting for this signal would necessitate possibly losing point or two of the advance, but as a matter of caution, would consider it insurance against the possibility a Sizeable decline if the pattern turns out unfavorably. In the meantime, continue to advise. liquid position in intermediate term trading accounts. May 16, 1946. TABELL SHIELDS & COMPANY CLOSING \ Don-Jones Industrials Dow-Jones Rails 206.17 63.96 The opinions expressed in this letter are the personal interpretation of charts by Mr. Edmund W. Tabell and are not presented as the opinions of Shields & Company.