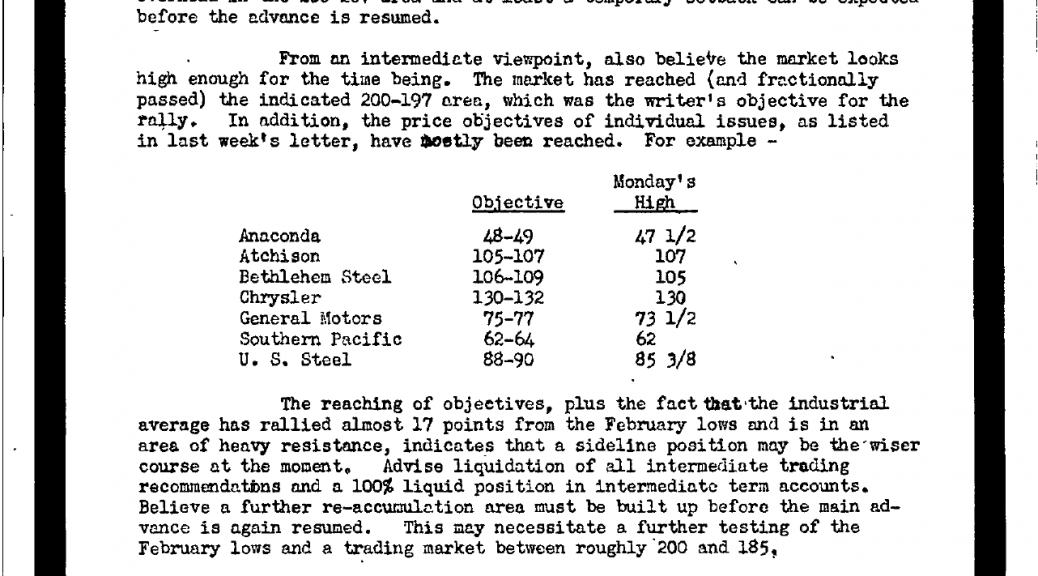 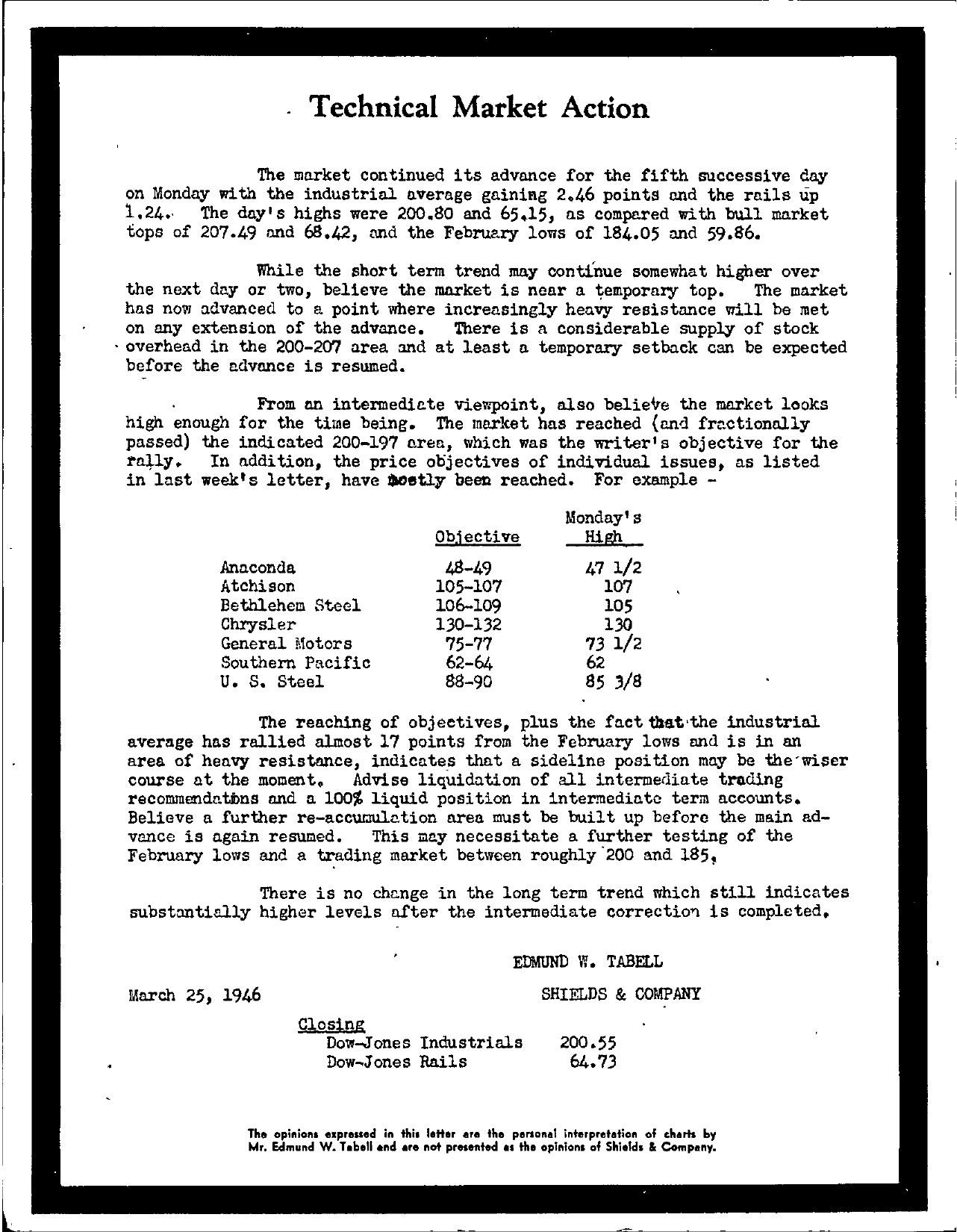 Technical Market Action The market continued its advance for the fifth successive day on Monday with the industrial gaining 2.46 points and the rails up 1.24., The day's highs were 200.80 and as compared with bull market tops of 207.49 and 68.42, and the February lows of 184.05 and 59.86. While the short term trend may continue somewhat higher over the next day or two, believe the market is near a top. The market has now advanced to a point where increasingly heavy resistance will be met on any extension of the advance. There is a considerable supply of stock . overhead in the 200-207 area and at least a temporary setback can be expected before the advance is resumed. From an intermediate Viewpoint, also believe the market looks high enough for the time being. The market has reached (and fractionally passed) the indicated 200-197 area, which was the writer's objective for the rally. In addition, the price objectives of individual issues, as listed in last week's letter, have mostly been reached. The reaching of objectives, plus the fact that the industrial average has rallied almost 17 points from the February lows and is in an area of heavy resistance, indicates that a sideline position may be the wiser course at the moment. Advise liquidation of all intermediate trading recommendations and a 100 liquid position in intermediate term accounts. Believe a further re-accumulation area must be built up before the main advance is again resumed. This may necessitate a further testing of the February lows and a market between roughly '200 and 185, There is no change in the long term trend which still indicates substantially higher levels after the intermediate is completed, March 25, 1946 EDMUND W. TABELL SHIELDS & COMPANY Closing Dow-Jones Industrials Dow-Jones Rails 200.55 64.73 The opinions expressed in this letter are the personal interpretation of charts by Mr. Edmund W. Tabell and are not presented as the opinions of Shields & Company.