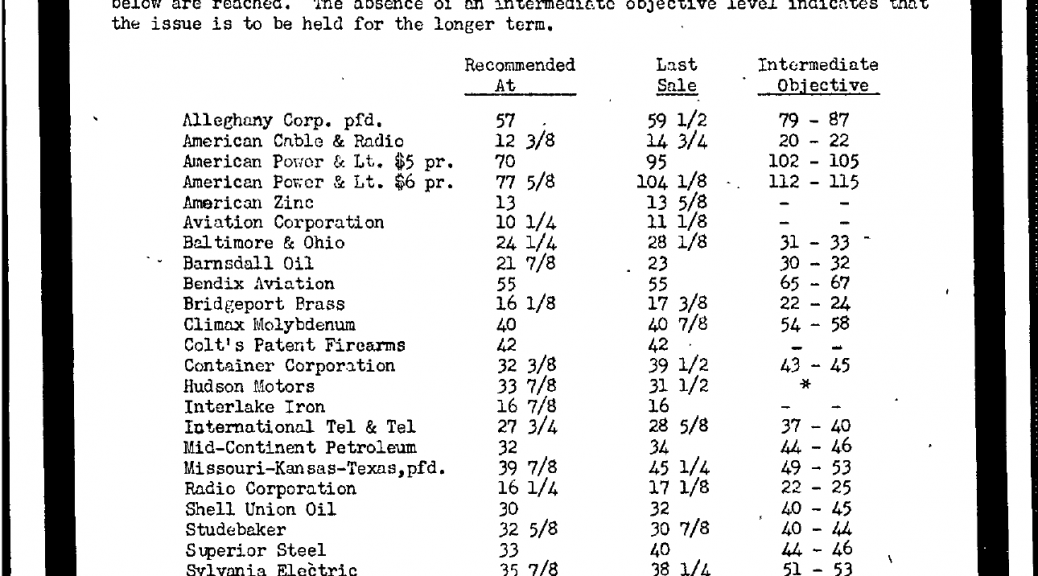 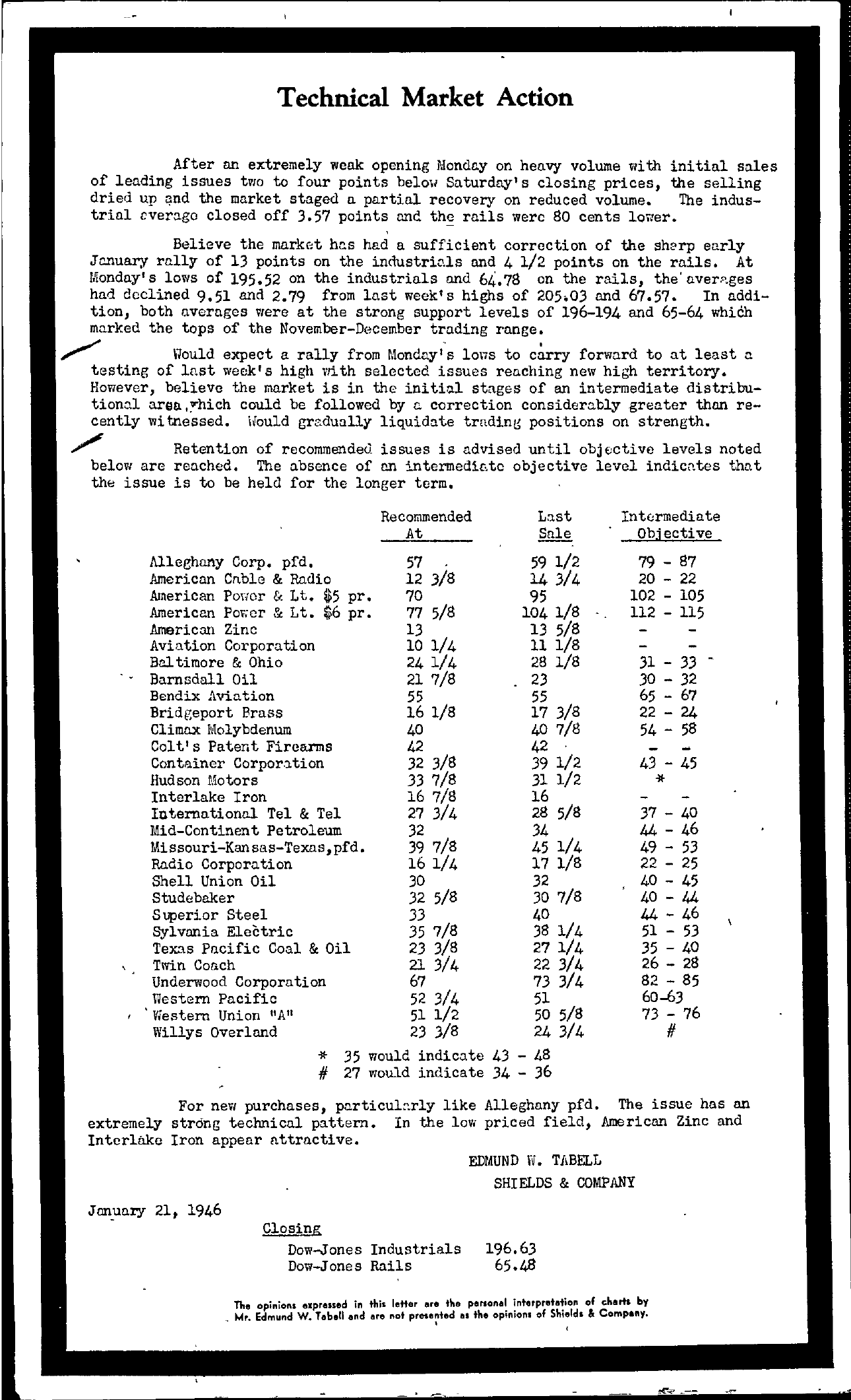 Technical Market Action After an extremely weak opening Monday on heavy volume with initial soles of leading issues two to four points below Saturdays closing prices, the selling dried up the market staged a partial recovery on reduced volume. The industrial average closed off 3.57 points and the rails were 😯 cents lower. Believe the market has had a sufficient correction of the sharp early January rally of 13 points on the industrials and 4 1/2 points on the rails. At Monday's lows of 195.52 on the industrials and 64.7B on the rails, the' averages had declined 9.51 and 2.79 from last week's highs of 205.03 and 67.57. In addition, both averages were at the strong support levels of 196-194 and 65-64 which marked the tops of the November-December trading range. Would expect a rally from Monday's lows to carry forward to at least a testing of last week's high with selected issues reaching new high territory. However, believe the market is in the initial stages of an intermediate distributional area which could be followed by a correction considerably greater than recently witnessed. Would gradually liquidate trading positions on strength. Retention of recommended issues is advised until objective levels noted below are reached. The absence of an intermediate objective level indicates that the issue is to be held for the longer term. Recommended At Last Sale Intermediate Objective For new purchases, particularly like Alleghany pfd. The issue has an extremely strong technical pattern. In the low priced field, American Zinc and Interlake Iron appear attractive. EDMUND W. TABELL SHIELDS & COMPANY Closing Dow-Jones Industrials Dow-Jones Rails 196.63 65.48 The opinions expressed in this letter are the personal interpretation of charts by Edmund W. Tab.1I and are not presented al the opinions of Shield, & Company.