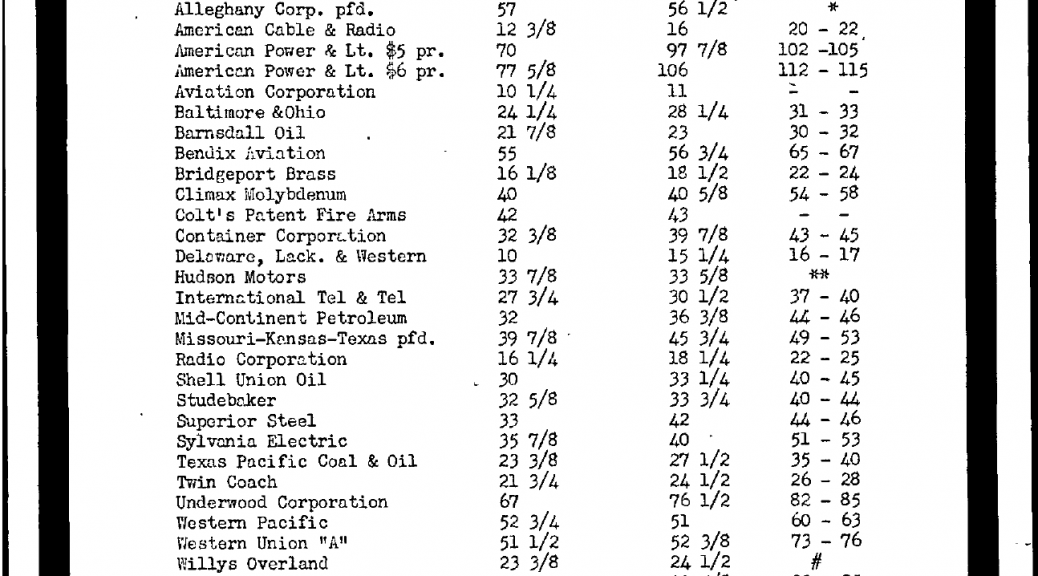 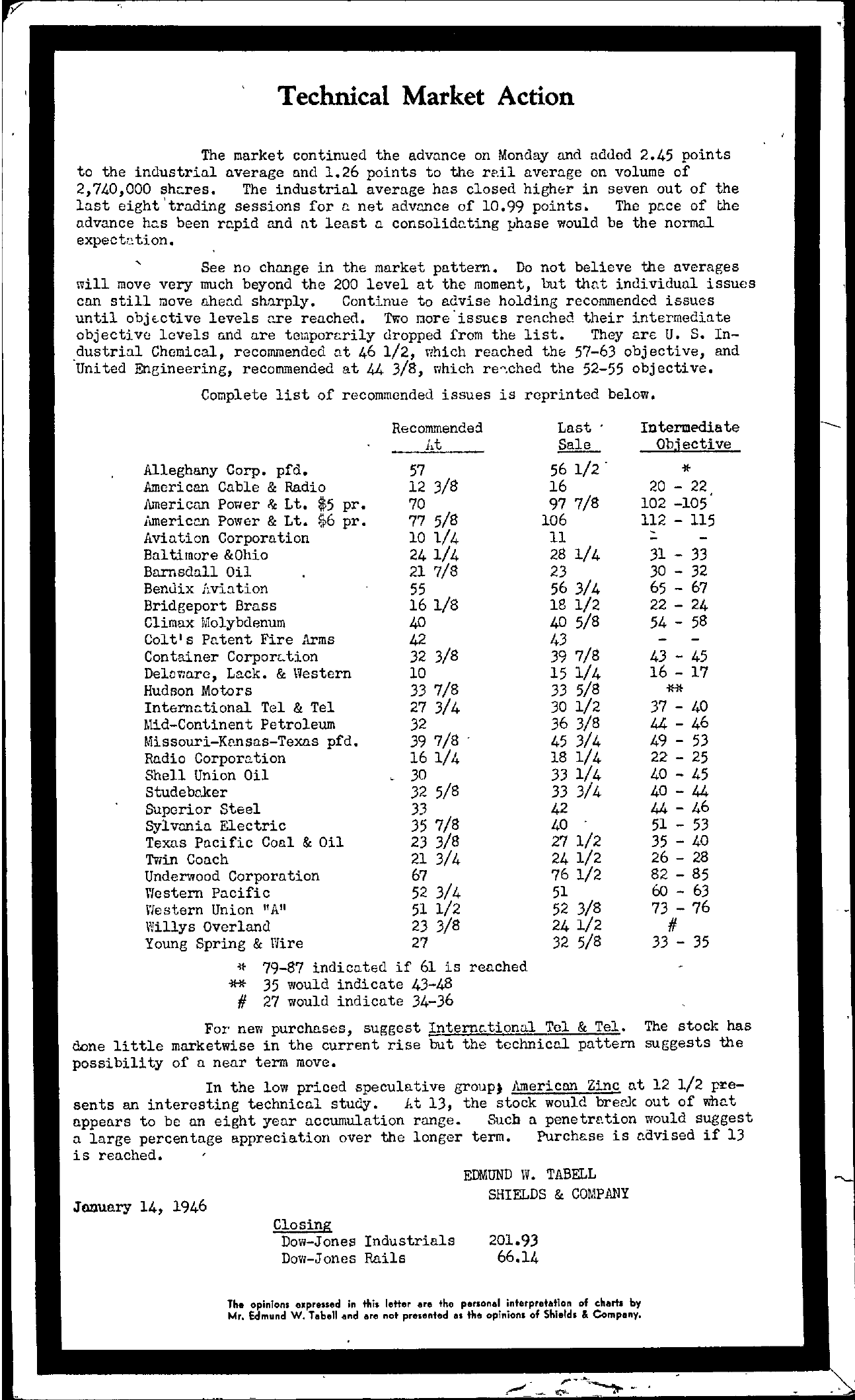 Technical Market Action The market continued the advance on Monday and added 2.45 points to the industrial average and 1. 26 points to the rail average on volume of 2,740,000 shares. The industrial average has closed higher in seven out of the last eight 'trading sessions for a net advance of 10.99 points. The pace of the advance has been rapid and at least D. consolidating would be the normal expectation. , See no change in the market pattern. Do not believe the averages will move very much beyond the 200 level at the moment, but that individual issues can still move ahead sharply. Continue to advise holding recommended issues until objective levels are reached. Two more 'issues reached their intermediate objective levels and are temporarily dropped from the list. They are U. S. Industrial Chemical, recommended at 46 1/2, which reached the 57-63 objective, and United Engineering, recommended at 44 3/8, which reached the 52-55 objective. Complete list of recommended issues is reprinted below. Last Sale Intermediate Objective For new purchases, suggest International Tel & Tel. The stock has done little marketwise in the current rise but the technical pattern suggests the possibility of a near term move. In the low priced speculative American Zinc at 12 1/2 presents an interesting technical study. 1t 13, the stock would out of what appears to be an eight year accumulation range. Such a would suggest a large percentage appreciation over the longer term. Purchase is advised if 13 is reached. EDMUND W. TABELL January 14, 1946 SHIELDS & COMPANY Closing Dow-Jones Industrials 201.93 Dow-Jones Rails 66.14 The opinions expressed in this letter for the personal interpretation of charts by Mr. Edmund W. Tabell and are not presented as the opinion. of Shields & Company.