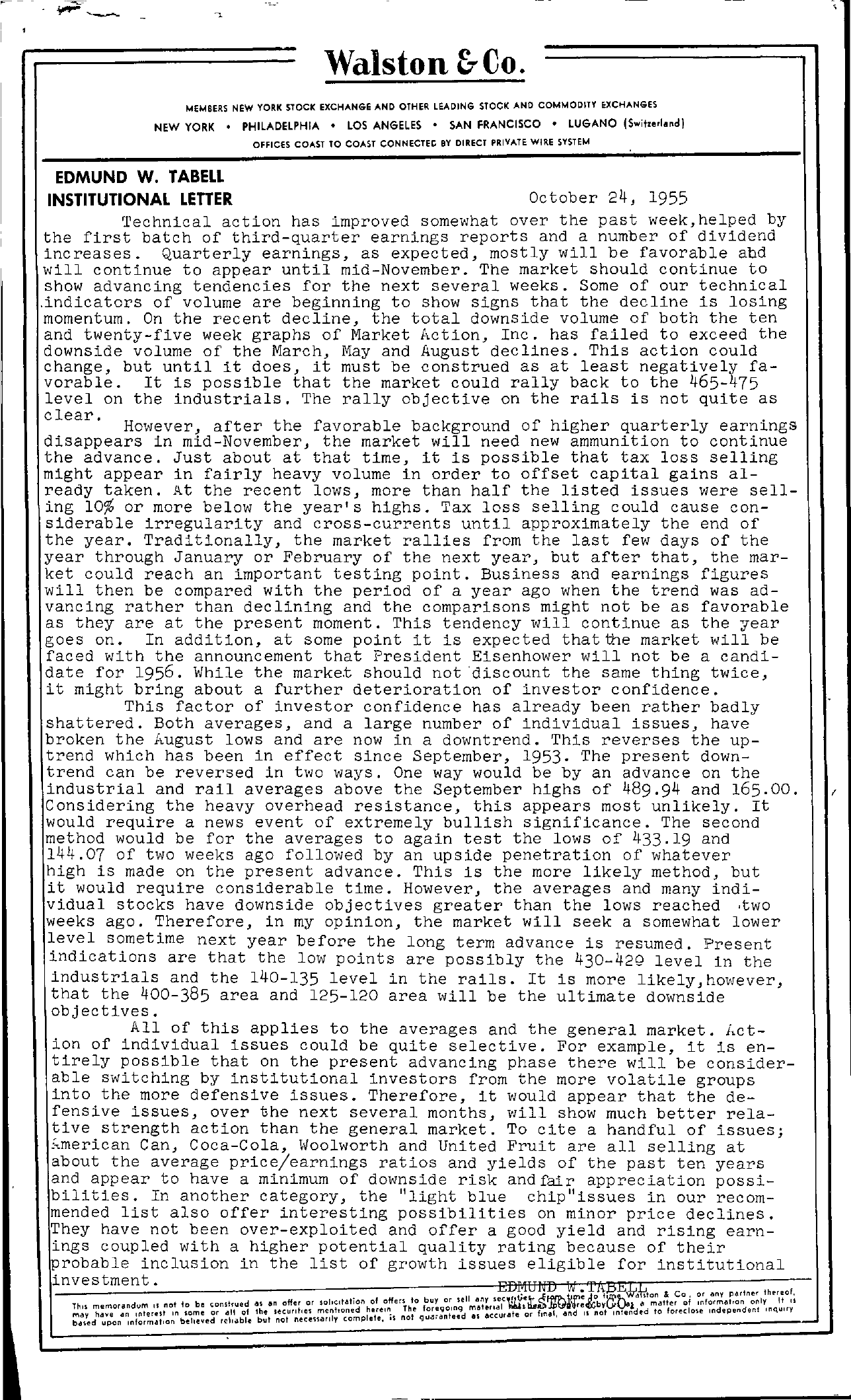 I r' ; Walston &Co. — —– MEMBERS NEW YORK STOCK EXCHANGE AND OTHER LEADING STOCK AND COMMODITY EXCHANGES NEW YORK PHILADELPHIA LOS ANGELES SAN FRANCISCO LUGANO (Sw;I,Id) OFFICES COAST TO COAST CONNECTEC BY DIRECT PRIVATE WIRE SYSTEM EDMUND W. TABELL INSTITUTIONAL LETTER October 24, 1955 Technical action has improved somewhat over the past week,helped by the first batch of third-quarter earnings reports and a number of dividend increases. Quarterly earnings, as expected, mostly will be favorable abd will continue to appear until mid-November. The market should continue to show advancing tendencies for the next several weeks. Some of our technical .indicators of volume are beginning to show signs that the decline is losing momentum. On the recent decline, the total downside volume of both the ten and twenty-five week graphs of Market Action, Inc. has failed to exceed the downside volume of the March, May and August declines. This action could change, but until it does, it must be construed as at least negatively favorable. It is possible that the market could rally back to the 465-475 level on the industrials. The rally objective on the rails is not quite as clear. ( This memOfdndvm Ii not to be 051 offer or sohcltation of offers to buy or iell f …f 1JV1e,to a. a & Co matter oj or …ny pMtnef thl'reof, mform'llton only It II may have an ,Meresl In lome or all of the securltlel mellt.oned herein. The ma !ccurate or f,al, and 15 not In ended to foreclosE! Independent 'nq …y bdled upon Information believed rel'lble but not neetHanl.,. complete, . not 9ues.an ee .n