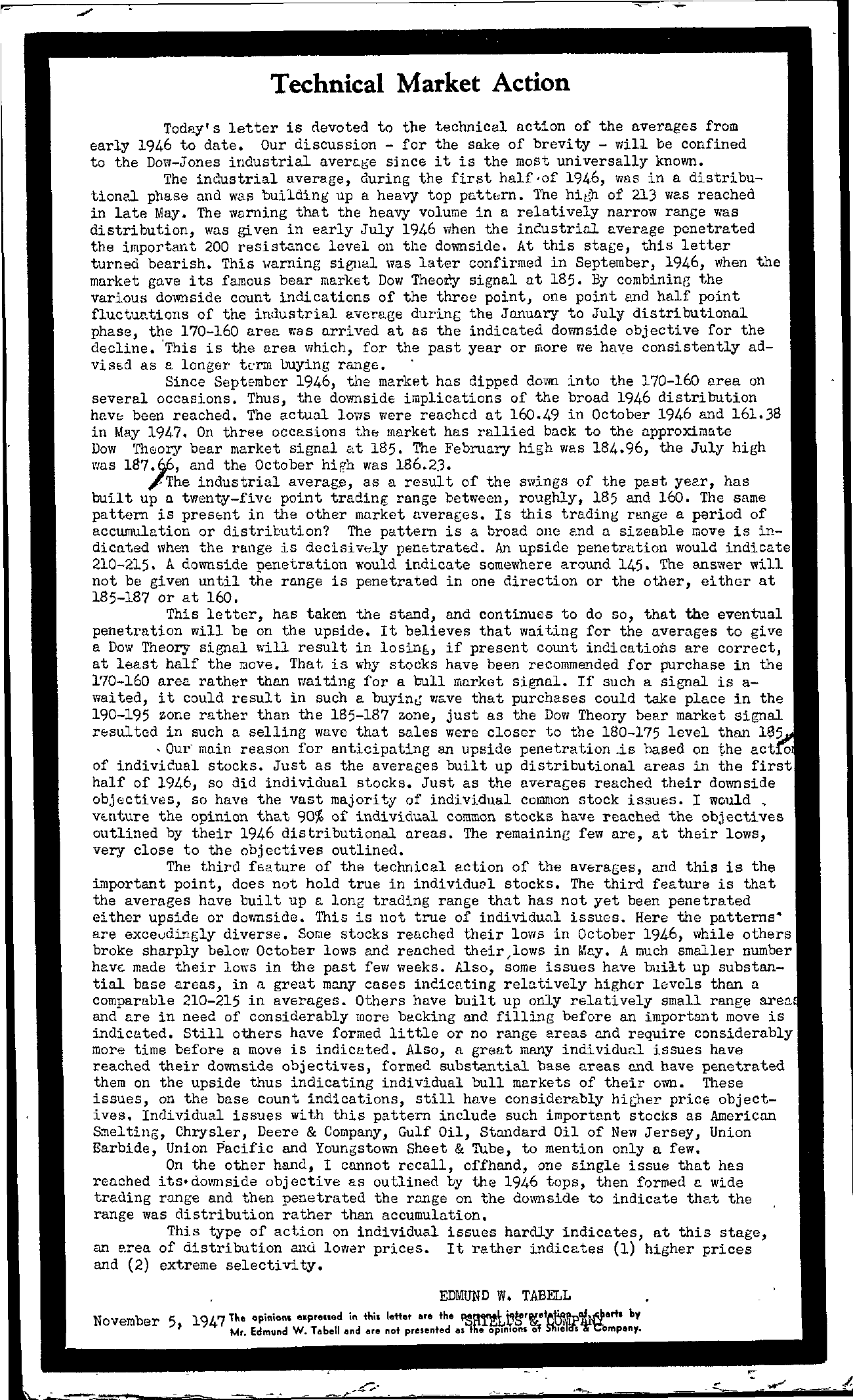 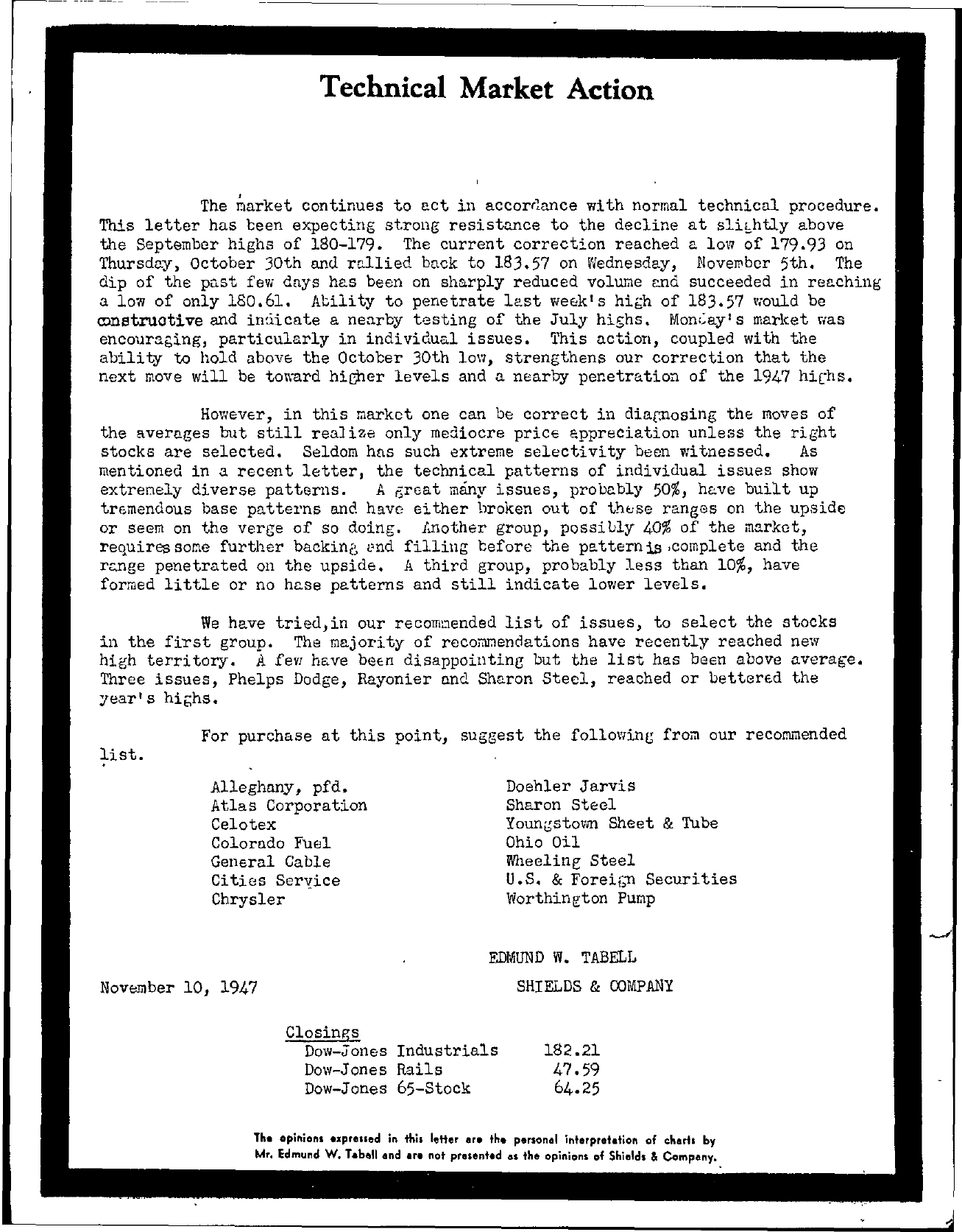 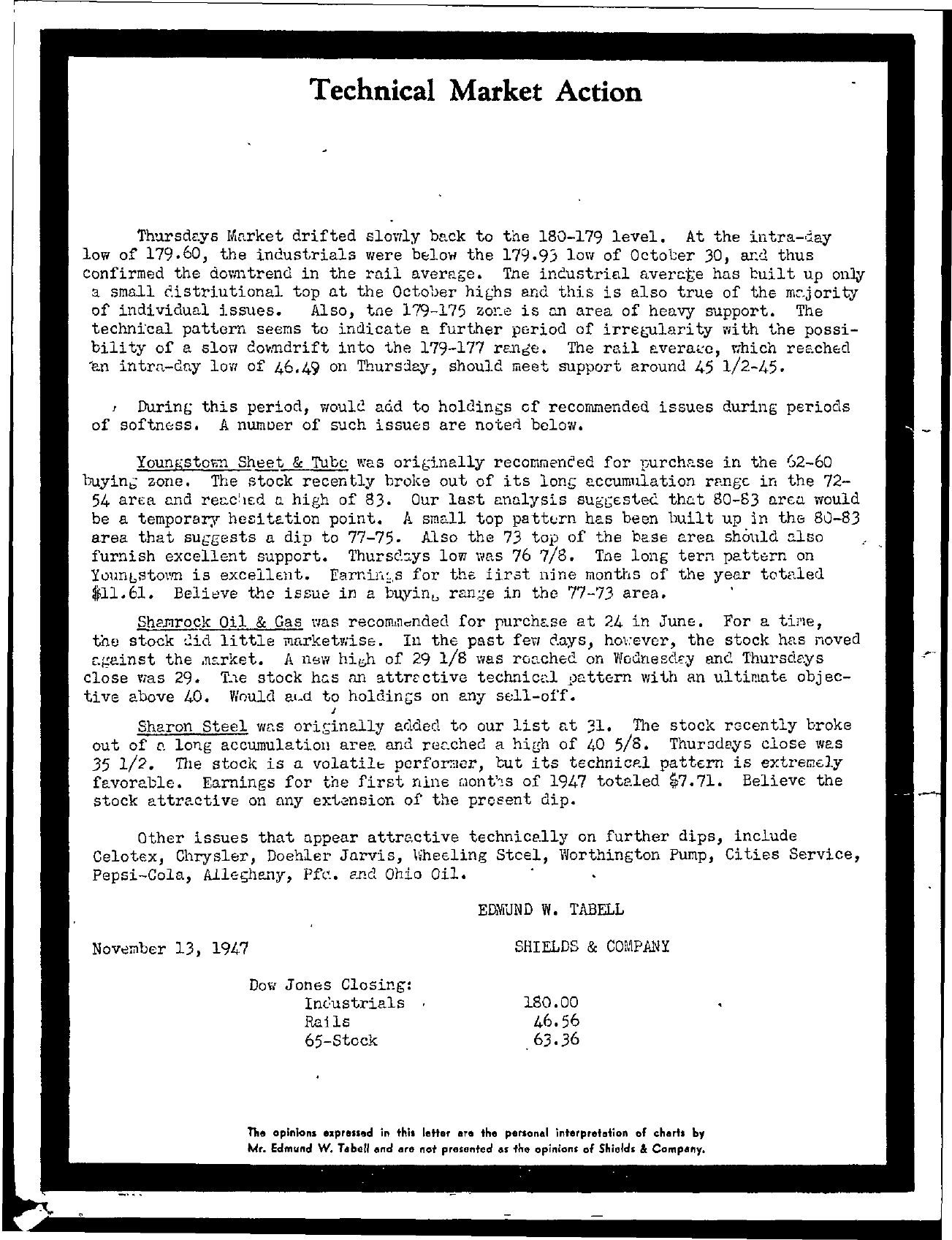 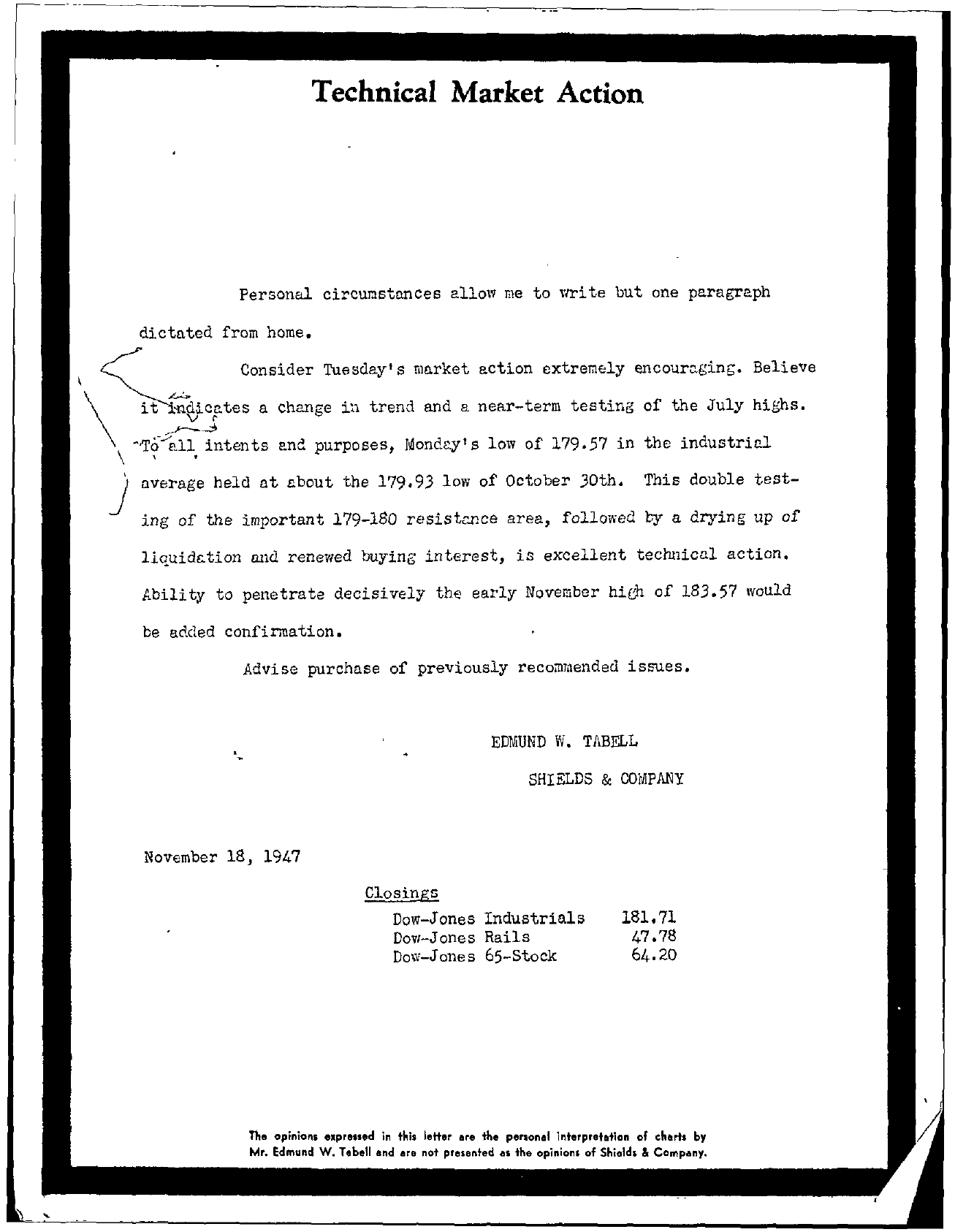 Technical Market Action Personal circumstances allow me to write but one paragraph dictated from home. 1\ 5.cates Consider Tuesday's market action extremely encourQginb' Believe a change in trend and a near-term testing of the July highs. Vc \ -'To-l-l. intents e.nd purposes, Mondc.y's low of 179.57 in the industricl , J average held at about the 179.93 low of October 30th. This double testing of the important 179-10 resistcnce area, followed by a drying up of liqUidation ruld renewed buying interest, is excellent tecmlical action. Ability to penetrate decisively th early November hiGh of 13.57 would be added confirmation. Advise purchase of previously recommended issues. EDIliUND W. TilBELL SHIELDS & COMPANY November 18, 1947 CloSings Dow-Jones Industrials DOVi-Jones Rails Dow-Jone s 65-Stock 181.71 47.78 64.20 1118 opinions ellpre…d in tilis letter are the personal interpretation of cherts by ….. r. Edmund W. Tebetl and are not presented as the opinions of Shields & Company. 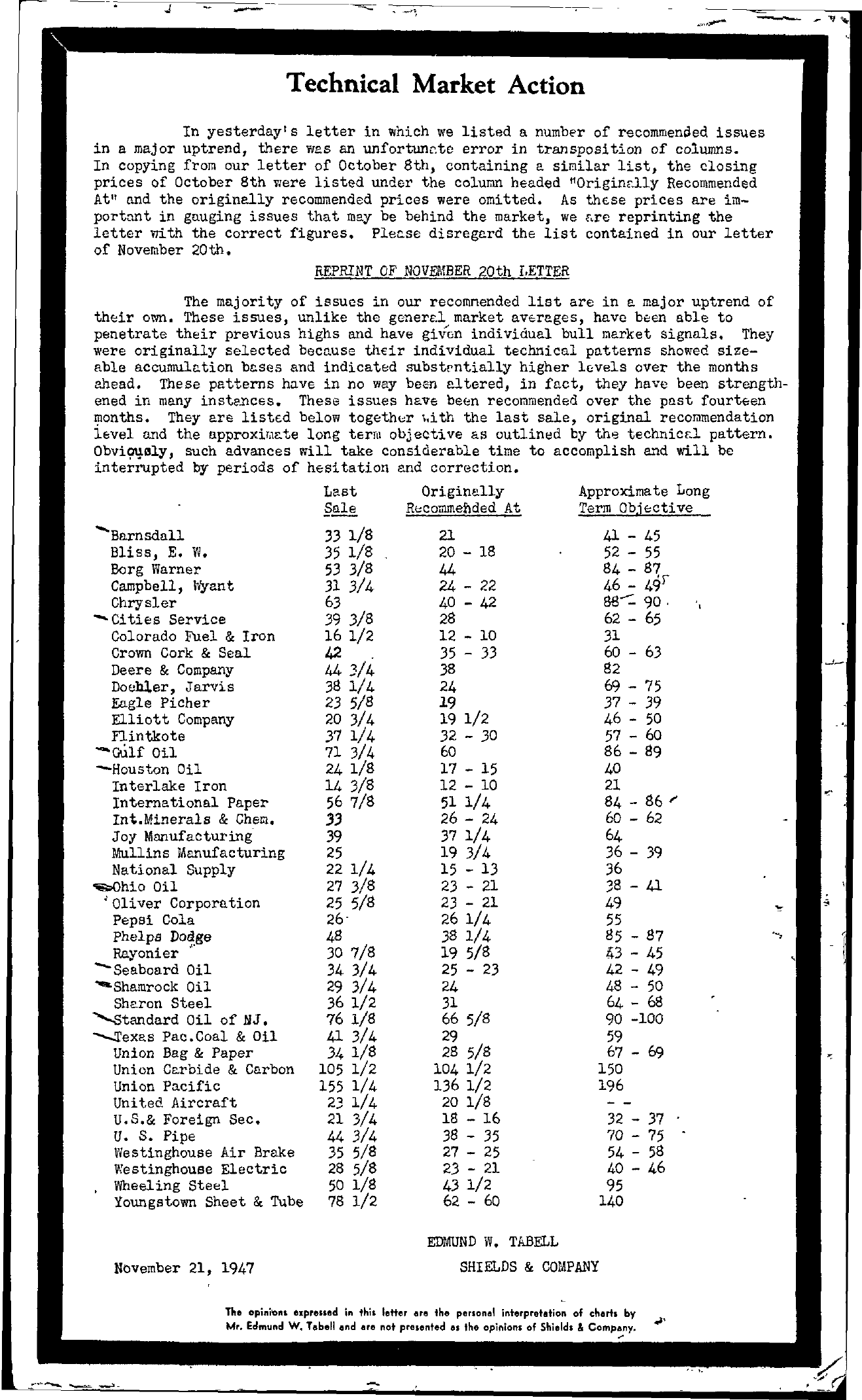 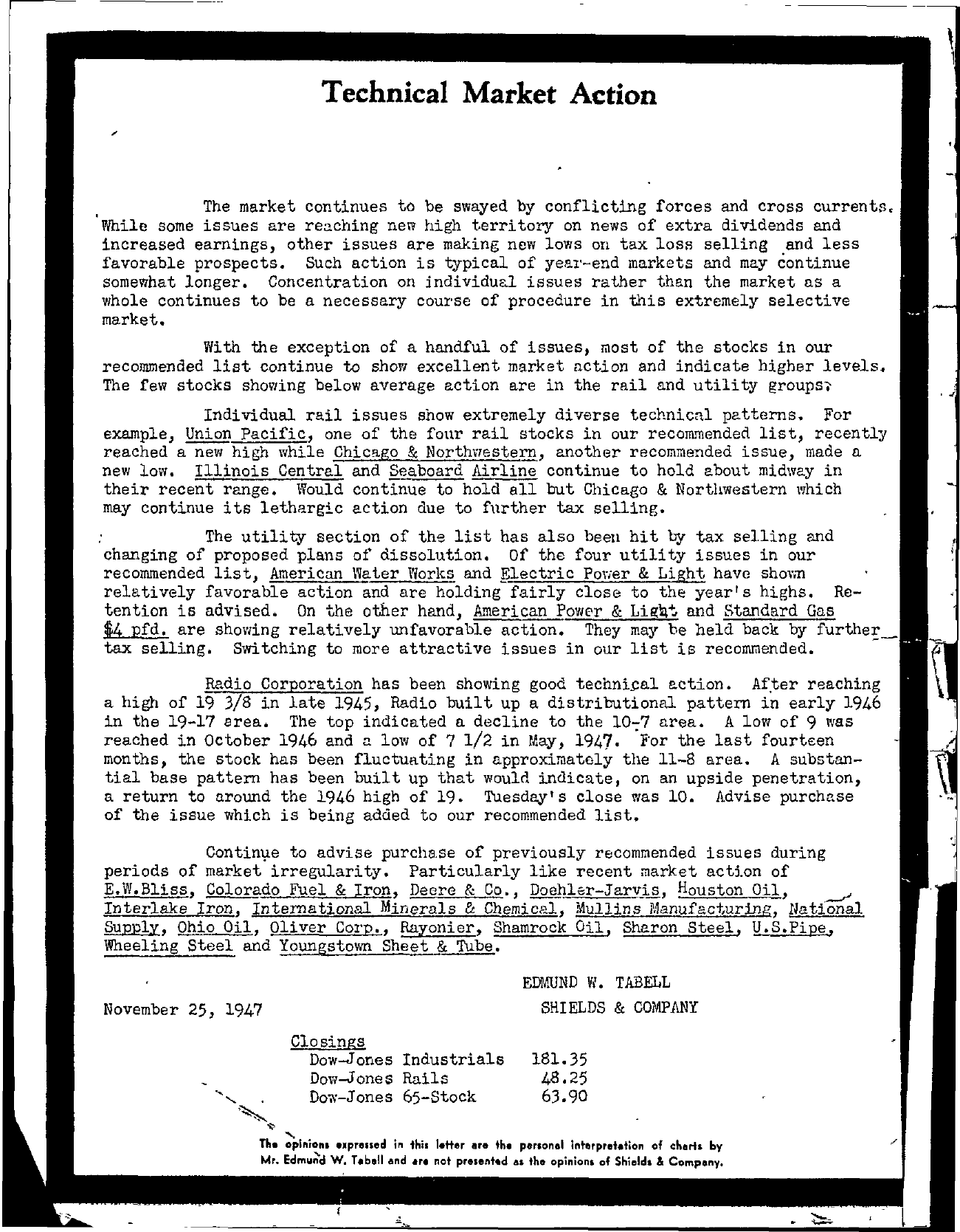 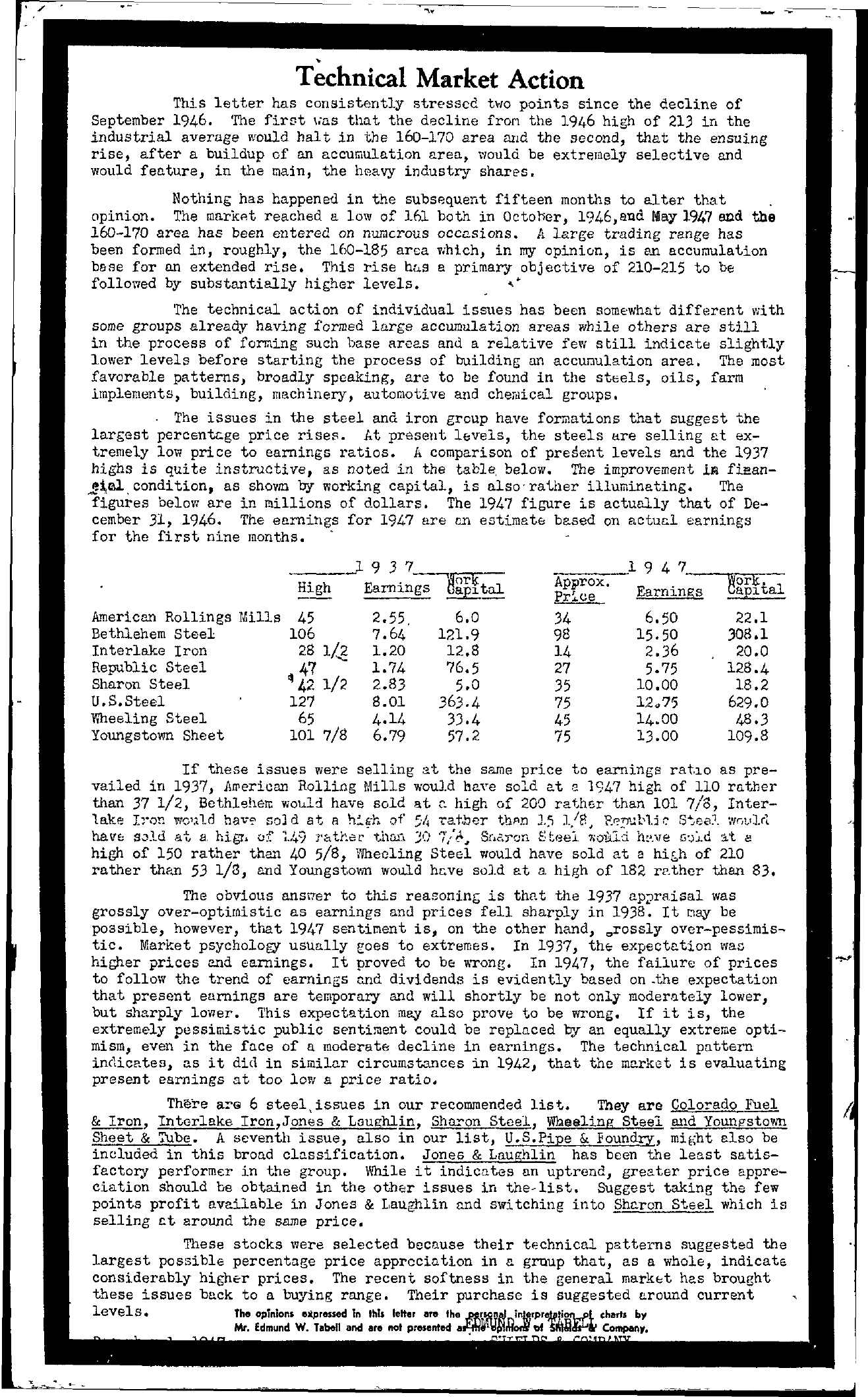