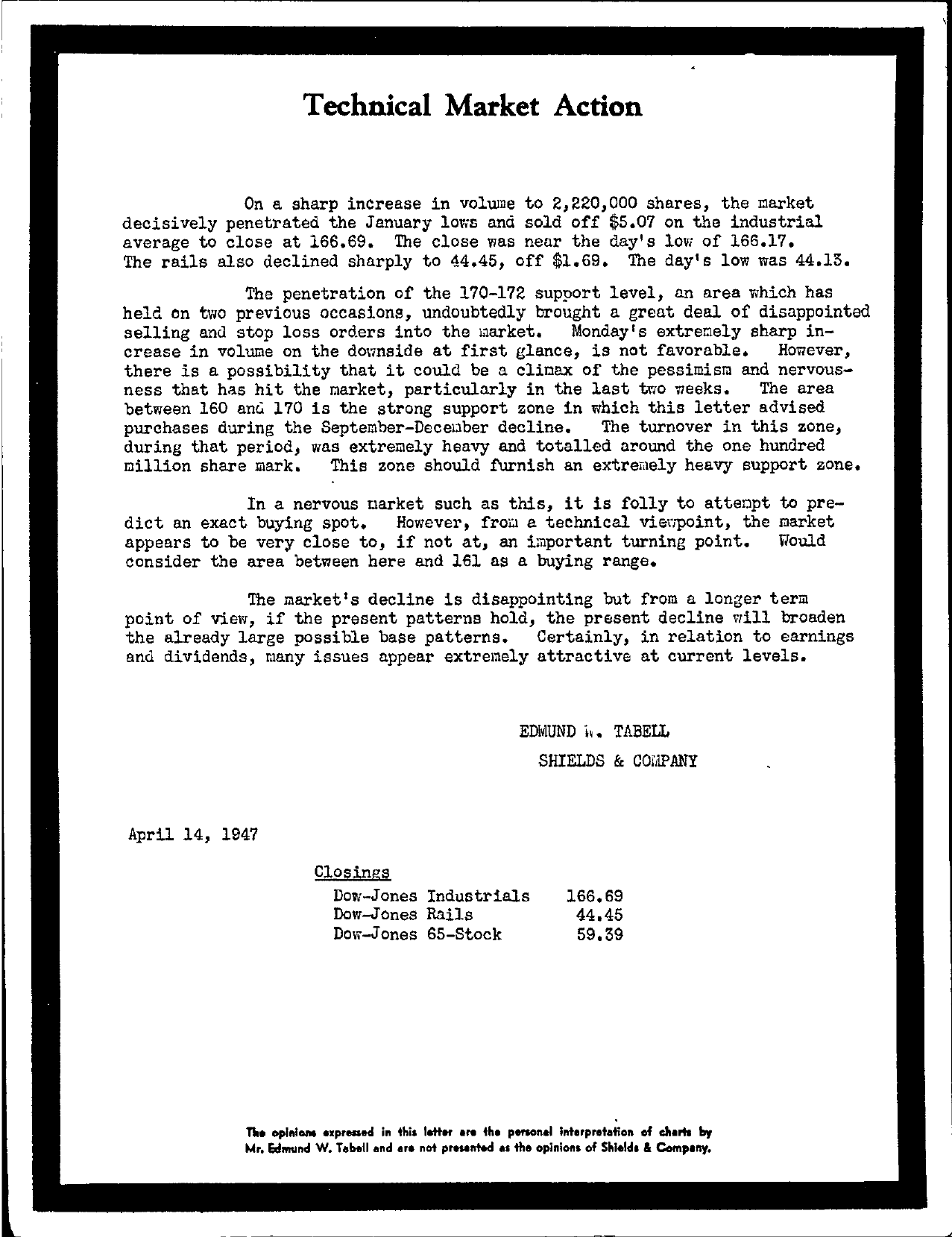 Technical Market Action On a sharp increase in volume to 2,220,000 shares, the market decisively penetrated the January lows and sold off 5.07 on the industrial average to close at 166.69. The close was nenr the day's lOVi of 166.17. The rails also declined shnrply to 44.45, off 1.69. The day's low was 44.15. The penetration of the 170-172 support level, an area which has held on two previous occasions, undoubtedly brought a great deal of disappointed selling and stop loss orders into the uarket. Monday's extremely sharp increase in volume on the dOI7nside at first glance, is not favorable. However, there is a possibility that it could be a climax of the pessimism and nervousness that has hit the market, particularly in the last o weeks. The area between 160 an 170 is the strong support zone in which this letter advised purchases during the September-Deceuber decline. The turnover in this zone, during that period, was extremely heavy and totalled around the one hundred million share mark. This zone should furnish an extrer.lely heavy support zone. In a nervous market such as this, it is folly to atteopt to predict an exact buying spot. However, frow a technical vier;point, the market appears to be very close to, if not at, an important turning paint. l10uld consider the area between here and 161 as a buying range. The market's decline is disappointing but from a longer term point of view, if the present patterns hold, the present decline lill broaden the already large possible base patterns. Certainly, in relation to earnings and dividends, many issues appear extremely attractive at current levels. EDlvlUND \,. TABELL SHIELDS & COf,lPANY April 14, 1947 Closings Dow-Jones Industrials Dow-Jones Rails Dow-Jones 65-Stock 166.69 44.45 59.59 n.. oplntON expreued in this I…., are the penon Interpretation of charts by Mr. Echmlnd W. Tabell and .r. not presented al the opinions of Shield Comp.ny.