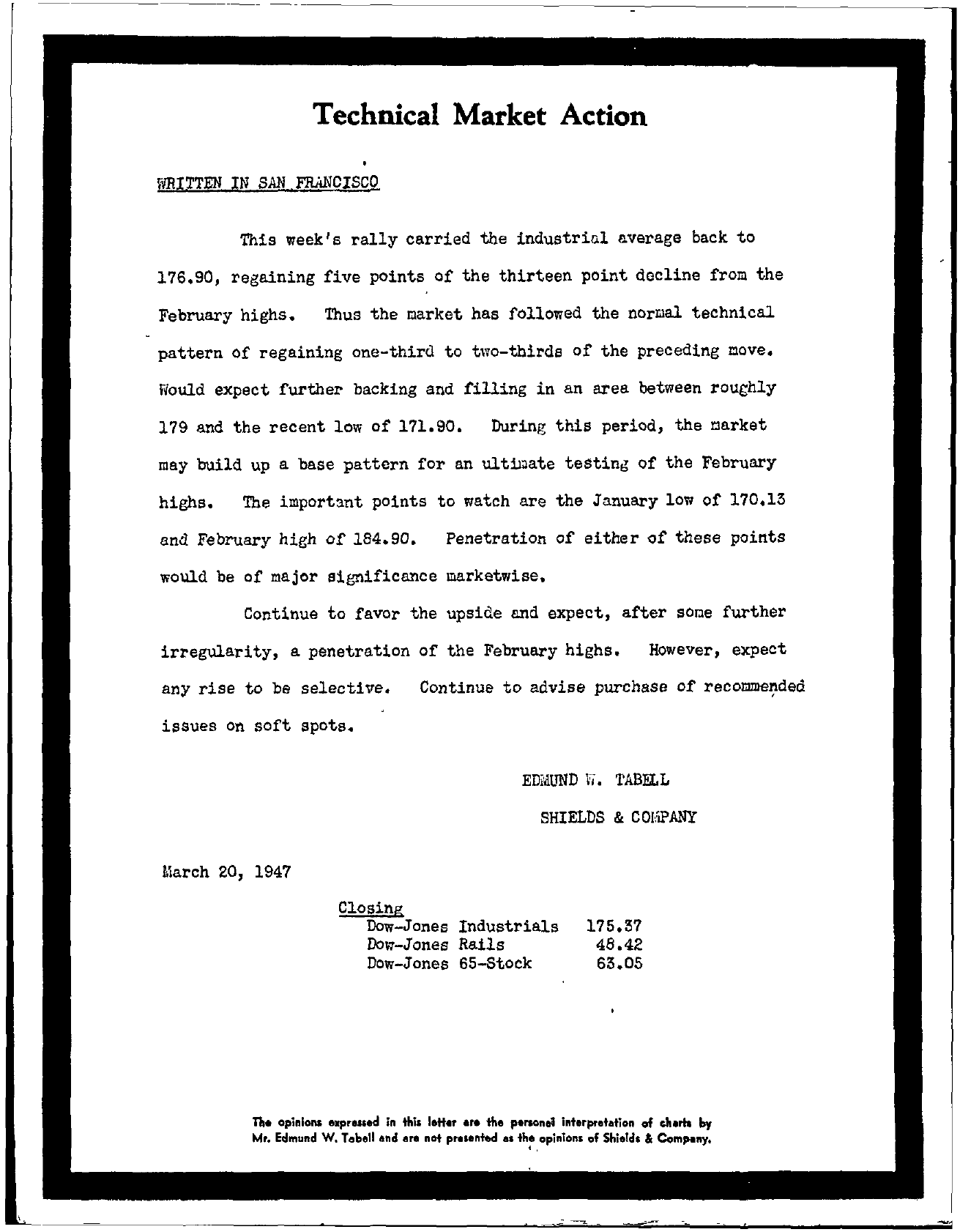 Technical Market Action WRITTEN IN SAN FRANCISCO This week's rally carried the industrial average back to 176.90, regaining five points of the thirteen point decline from the February highs. Thus the market has followed the normal technical pattern of regaining one-third to two-thirds of the preceding move. Would expect further backing and filling in an area between roughly 179 and the recent low of 171.90. During this period, the market may build up a base pattern for an ultUJate testing of the February highs. The importnt paints to watch are the January low of 170.13 and February high of 184.90. Penetration of either of these points would be of major significance marketwise. Continue to favor the upside and expect, after SOme further irregularity, a penetration of the February highs. However, expect any rise to be selective. Continue to advise purchase of recommeded issues on soft spots. EDiUND \.. TABELL SHIELDS & COIfrPANY March 20, 1947 Closing Dow-Jones Industrials Dow-Jones Rails Dow-Jones 65-Stock 175.57 48.42 65.05 ..Th. oplIOI\ expre…d in this lette, .,. the personM interpretation of ch.rts by Mr. Edmund W. Tebell and 4llre not pr…nted .s the opinions of Shield, & Compilny