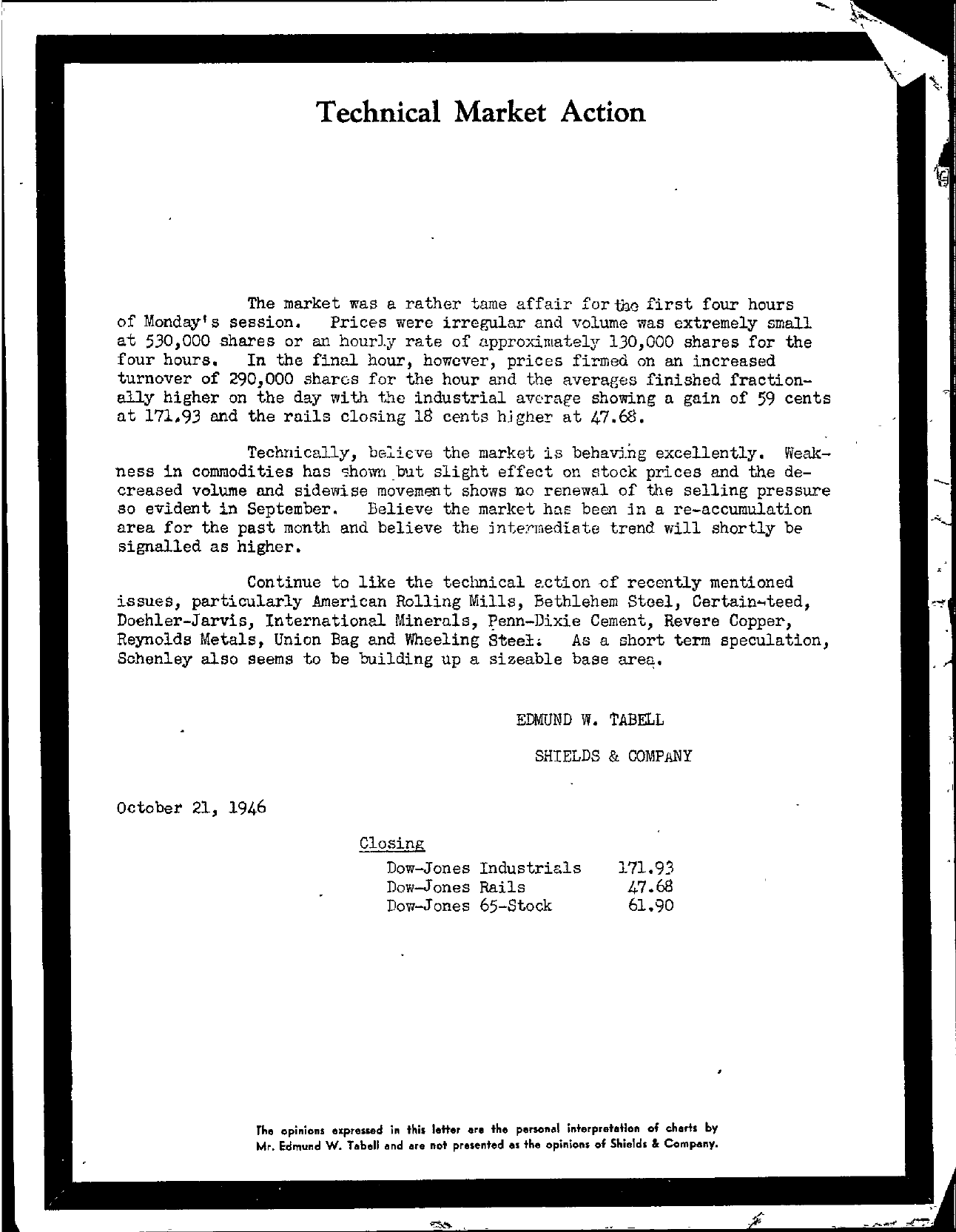 Technical Market Action The market was a rather tame affair for tbc first four hours of Monday's session. Frices were irregular and volume was extremely small at 530,000 shares or an hourly rate of approximately 130,000 shares for the four hours. In the final hour, howover, prices firmed on an increased turnover of 290,000 sharos for the hour and the averages finished fractionally higher on the day with the industrial av('ra!e showing a gain of 59 cents at 171.93 and the rails cloRing 1 cents hjgher at 47.68. Technically, the market is excellently. Weak- ness in commodities has slight effect on stock prices and the de- creased volume and sidewise movement shows DO renewal of the selling so evident in September. Believe the market hus been jn are-accumulation area for the past month and believe the jntermediate trend will shortly be signalled as higher. Continue to like the teclmical e,ction Df recently mentioned issues, particularly American Rolling Mills, Bethlehem Steel, Doehler-Jarvis, International Minerals, Cement, Revere Copper, Reynolds Metals, Union Bag and Wheeling Steel. As a short term speculation, Sohenley also seems to be building up a sizeable base area. October 21, 1946 EDMUND W. TABELL SHIELDS & COMPANY Closing Dow-Jones Industri&ls Dow-Jones Rails Dow-Jones 65-Stock 171.93 47.68 61.90 The opinions expressed in this letter are the person..l interpretation of chorts by Mr. Edmund W. labell and are not presented as the opinions of Shields & Company.