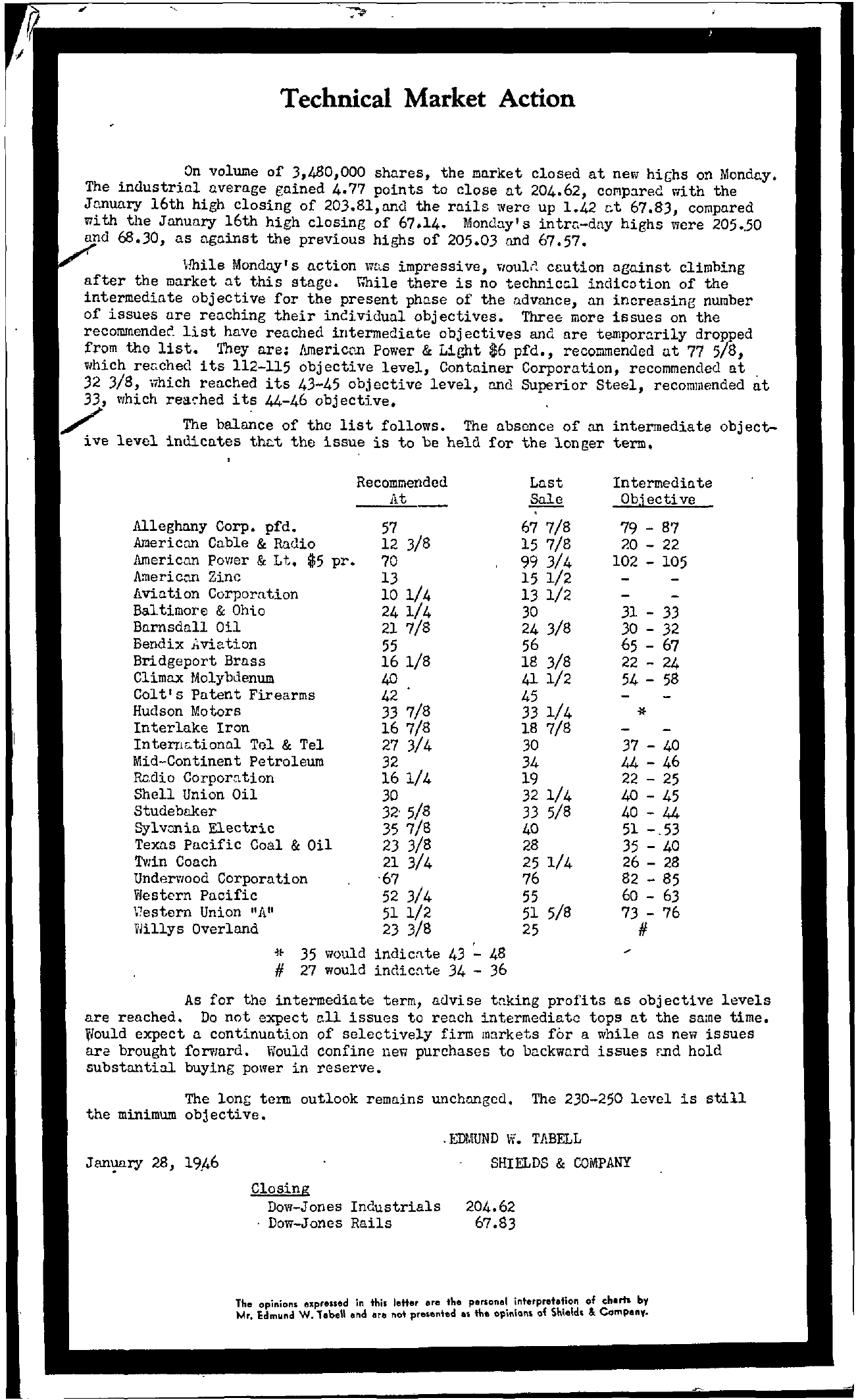 Technical Market Action On volume of 3,40,000 shares, the market closed at new highs on Monday. The industrial average gained 4.77 points to close at 204.62, with the January 16th high closing of 203.8l,and the rails were up 1.42 at 67.83, compared With the January 16th high closing of 67.14. Monday's intra-day highs were 205 .50 68.30, as against the previous highs of 205.03 and 67.57. While Monday's action was impressive, action against climbing after the market at this stage. there is no technical indication of the intermediate objective for the present phase of the advance, an increasing number of issues are reaching their individual objectives. Three more issues on the recommended list have reached intermediate objectives and are temporarily dropped from the list. They are American Power & Light 6 pfd., recommended at 77 5/8, which reached its 112-115 objective level, Container Corporation, recommended at 32 3/8, which reached its 43-45 objective level, and Superior Steel, recommended at which reached its 44-46 objective. The balance of the list follows. The absence of an intermediate objective level indicates that the issue is to be held for the longer term. As for the intermediate term, advise taking profits as objective levels are reached. Do not expect c.li issues to reach intermediate tops at the same time. Would expect a continuation of selectively firm markets for a while as new issues are brought forward. Would confine new purchases to backward issues and hold substantial buying power in reserve. The long term outlook remains unchanged. The 230-250 level is still the minimum objective. EDMUND W. TABELL January 28 1946 SHIELDS & COMPANY Closing Dow-Jones Industrials 204.62 . Dow-Jones Rails 67.83 The opinions expressed in this letter ere the personal interpretation of chub by Mr. Edmund W. Tabell and are not presented as the opinions of Shields & Company