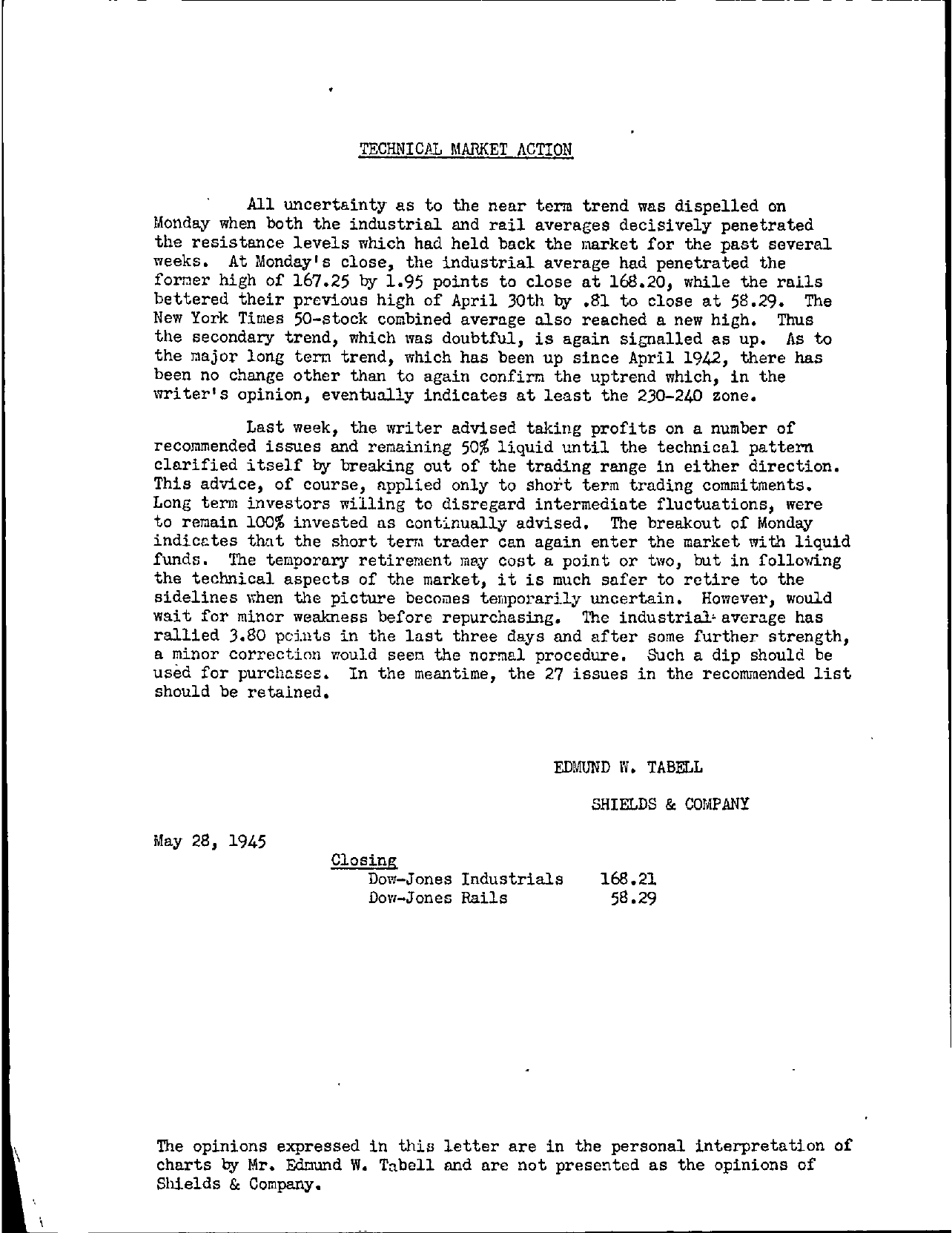 TECHNICAL MARKET ACTION All uncertainty as to the near term trend was dispelled on Monday when both the industrial and rail averages decisively penetrated the resistance levels which had held back the Market for the past several weeks. At Monday's close, the industrial average had penetrated the forever high of 167.25 by 1.95 points to close at 168.20, while the ralls bettered their previous high of April 30th by .81 to close at 58.29. The New York Times 50-stock combined average also reached a new high. Thus the secondary trend, which was doubtful, is again signalled as up. As to the major long tern trend, which has been up since April 1942, there has been no change other than to again confirm the uptrend which, in the writer's opinion, eventually indicates at least the 230-240 zone. Last week, the writer advised taking profits on a number of recommended issues and remaining 50 liquid until the technical pattern clarified itself by breaking out of the trading range in either direction. This advice, of course, applied only to short term trading commitments. Long term investors willing to disregard intermediate fluctuations, were to remain 100 invested as advised. The breakout of Monday indicates that the short trader can again enter the market with liquid funds. The temporary retirement may cost a point or two, but in following the technical aspects of the market, it is much safer to retire to the sidelines when the picture becomes temporarily uncertain. However, would wait for minor weakness before repurchasing. The industrial average has rallied 3.80 points in the last three days and after some further strength, a minor correction Would seen the normal procedure. Such a dip should be used for purchases. In the meantime, the 27 issues in the recol1unended list should be retained. May 28, 1945 EDMUND W. TABELL SHIELDS & COMPANY Closing Dow-Jones Industrials DOW-Jones Rails 168.21 58.29 The opinions expressed in this letter are in the personal interpretation of charts by Mr. Edmund W. Tabell and are not presented as the opinions of Shields & Company.