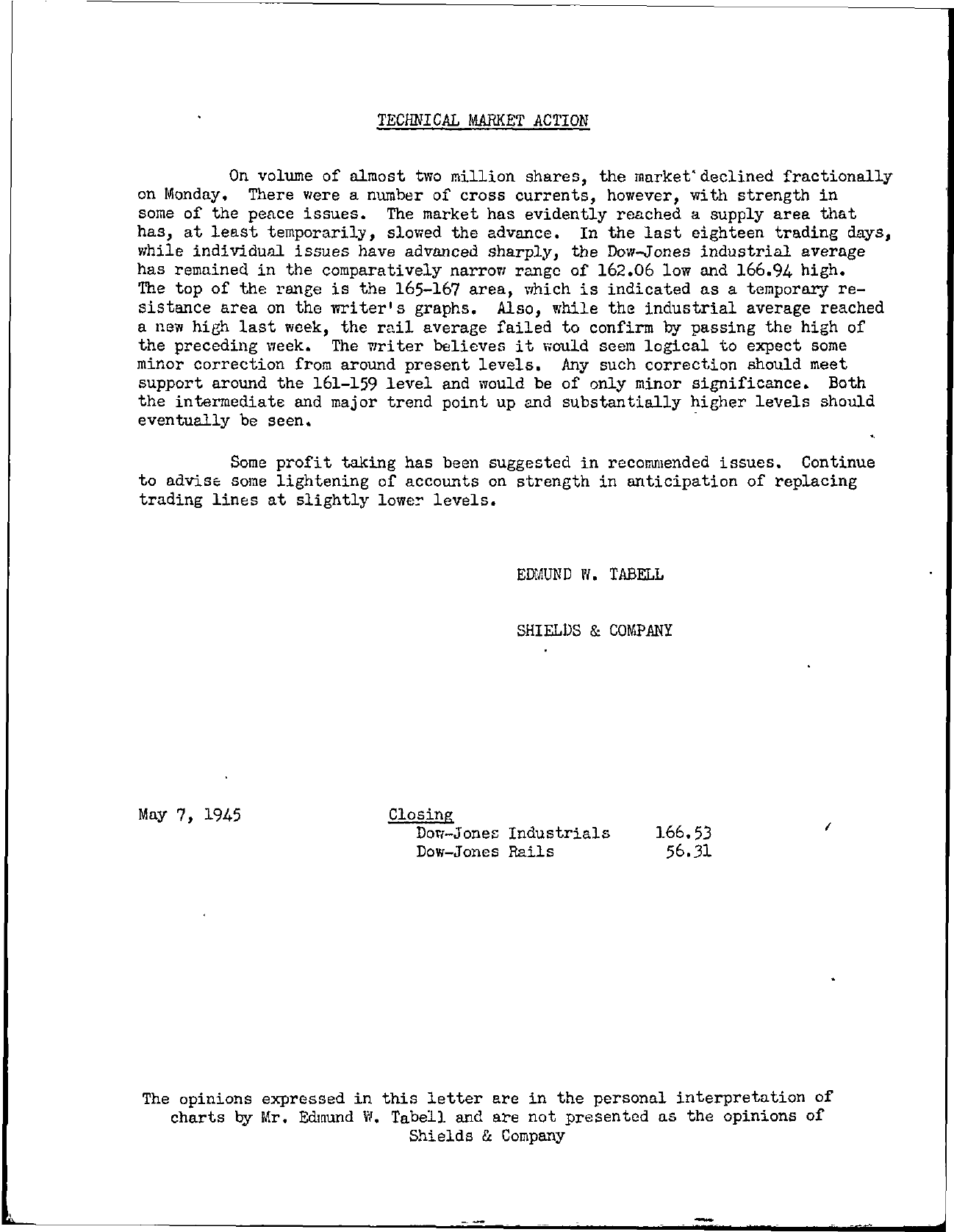 TECHNICAL MARKET ACTION On volume of almost two million shares, the market declined fractionally on Monday. There were a number of cross currents, however, with strength in some of the peace issues. The market has evidently reached a supply area that has, at least temporarily, slowed the advance. In the last eighteen trading days, while individual issues have advanced sharply, the Dow-Jones industrial average has remained in the comparatively narrow range of 162.06 low and 166.94 high. The top of the range is the 165-167 area, which is indicated as a temporary resistance area on the writer's graphs. Also, while the industrial average reached a new high last week, the rail average failed to confirm by passing the high of the preceding week. The writer believes it would seem logical to expect some minor correction from around present levels. Any such correction should meet support around the 161-159 level and would be of only minor significance. Both the intermediate and major trend point up and substantially higher levels should eventually be seen. Some profit taking has been suggested in recommended issues. Continue to some lightening of accounts on strength in anticipation of replacing trading lines at slightly levels. EDMUND VI. TABELL SHIELDS & COMPANY May 7, 1945 Closing Dow-Jone8 Industrials Dow-Jones Rails 166.53 56.31 I The op1n1ons expressed in this letter are in the personal interpretation of charts by Mr. Edmund W. Tabell and are not presented as the opinions of Shields & Company