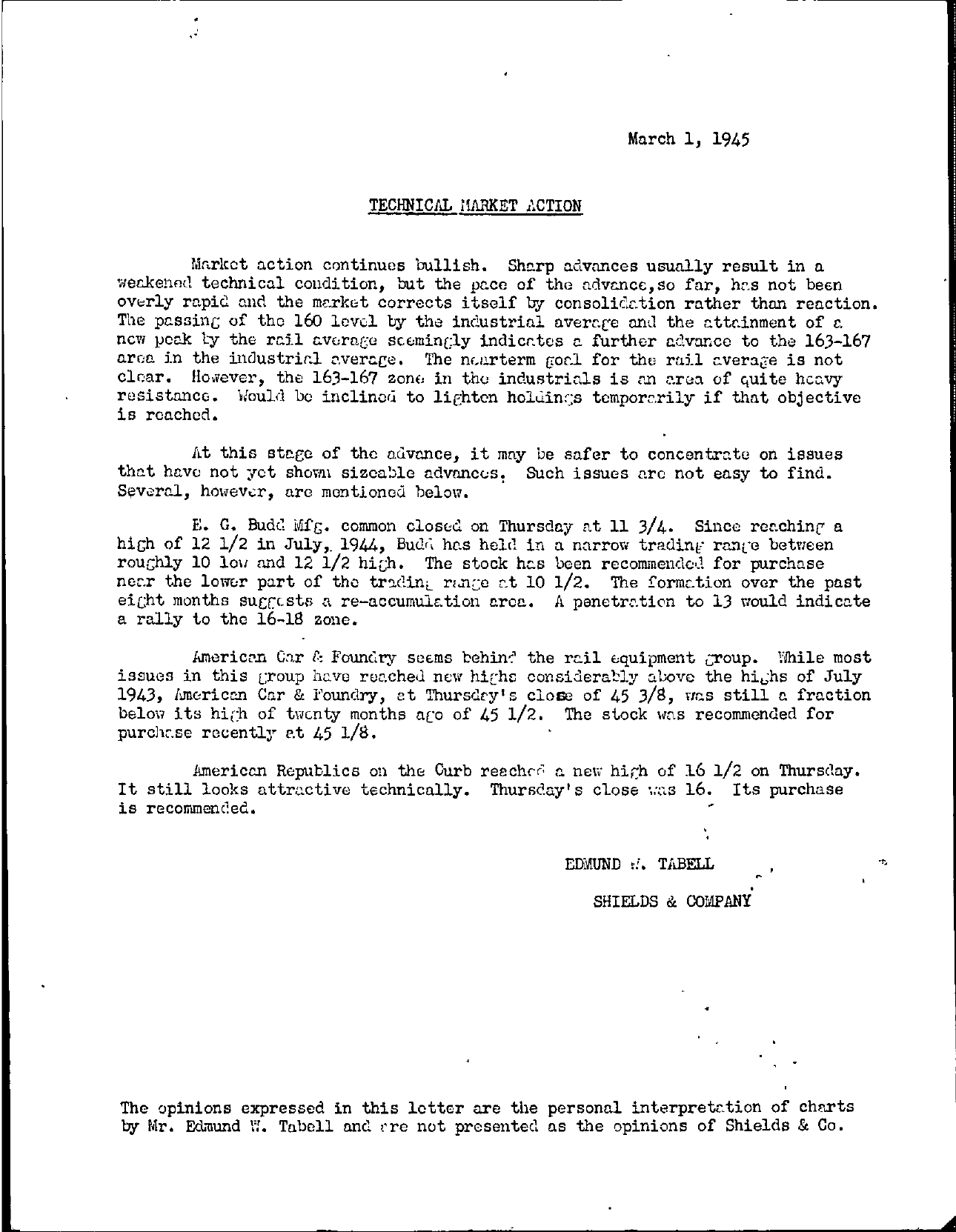 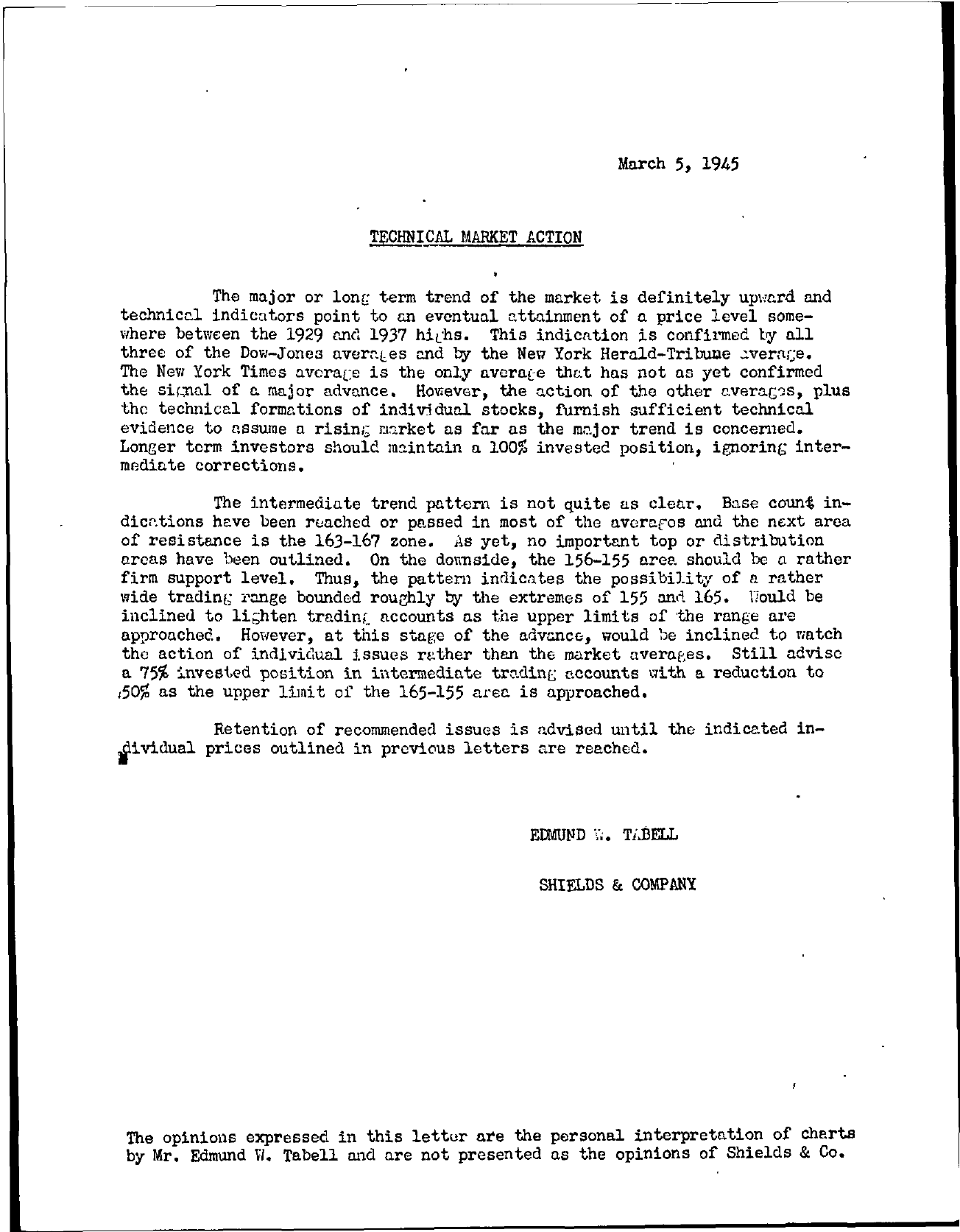 March 5, 1945 TECHNICAL MARKET ACTION The major or long; term trend of the market is definitely upward and technical indicators point to an eventual attainment of a price level somewhere between the 1929 end 1937 highs. This indication is confirmed by all three of the Dow-Jones averages end by the New York Herald-Tribune The New York Times average is the only average that has not as yet confirmed the of 0. major advance. However, the action of the other averages, plus the technical formations of individual stocks, furnish sufficient technical evidence to assume a rising market as far as the major trend is concerned. Longer term investors should maintain a 100 invested position, ignoring intermediate corrections. The intermediate trend pattern is not quite as clear. Base count indications have been reached or passed in most of the averages and the next area of resistance is the 163-167 zone. As yet, no important top or distribution areas have been outlined. On the downside, the 156-155 area should be a rather firm support level. Thus, the pattern indicates the possibility of a rather wide trading range bounded roughly by the extremes of 155 and 165. Would be inclined to lighten trading accounts as the upper limits of the range are approached. However, at this stage of the advance, would be inclined to watch the action of individual issues rather than the market averages. Still advise a 75 invested position in intermediate trading accounts with a reduction to 50 as the upper limit of the 165-155 area is approached. Retention of recommended issues is advised until the indicated individual prices outlined in previous letters are reached. EDMUND W. TABELL SHIELDS & COMPANY The opinions expressed in this letter are the personal interpretation of charts by Mr. Edmund W. Tabell and are not presented as the opinions of Shields & Co. 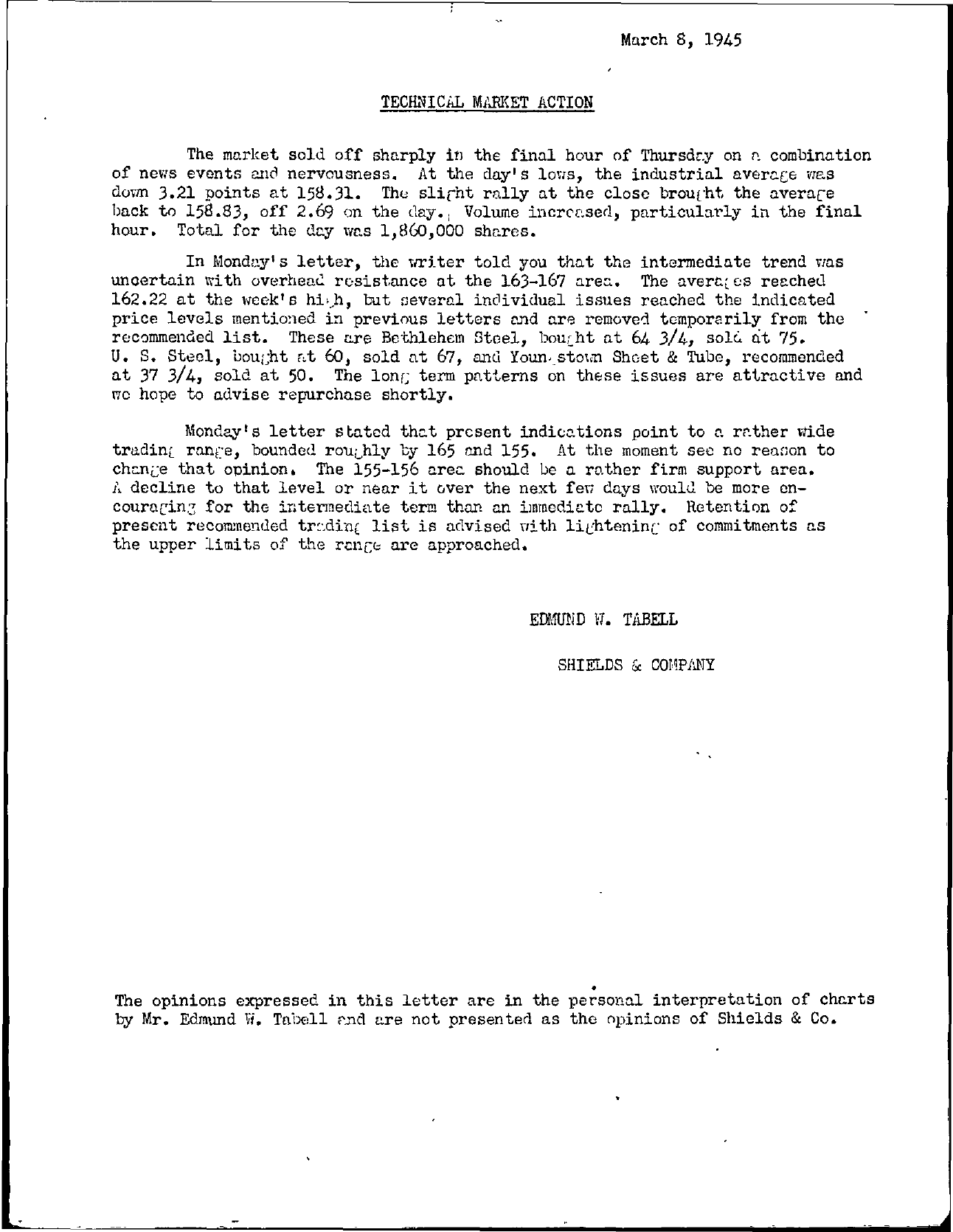 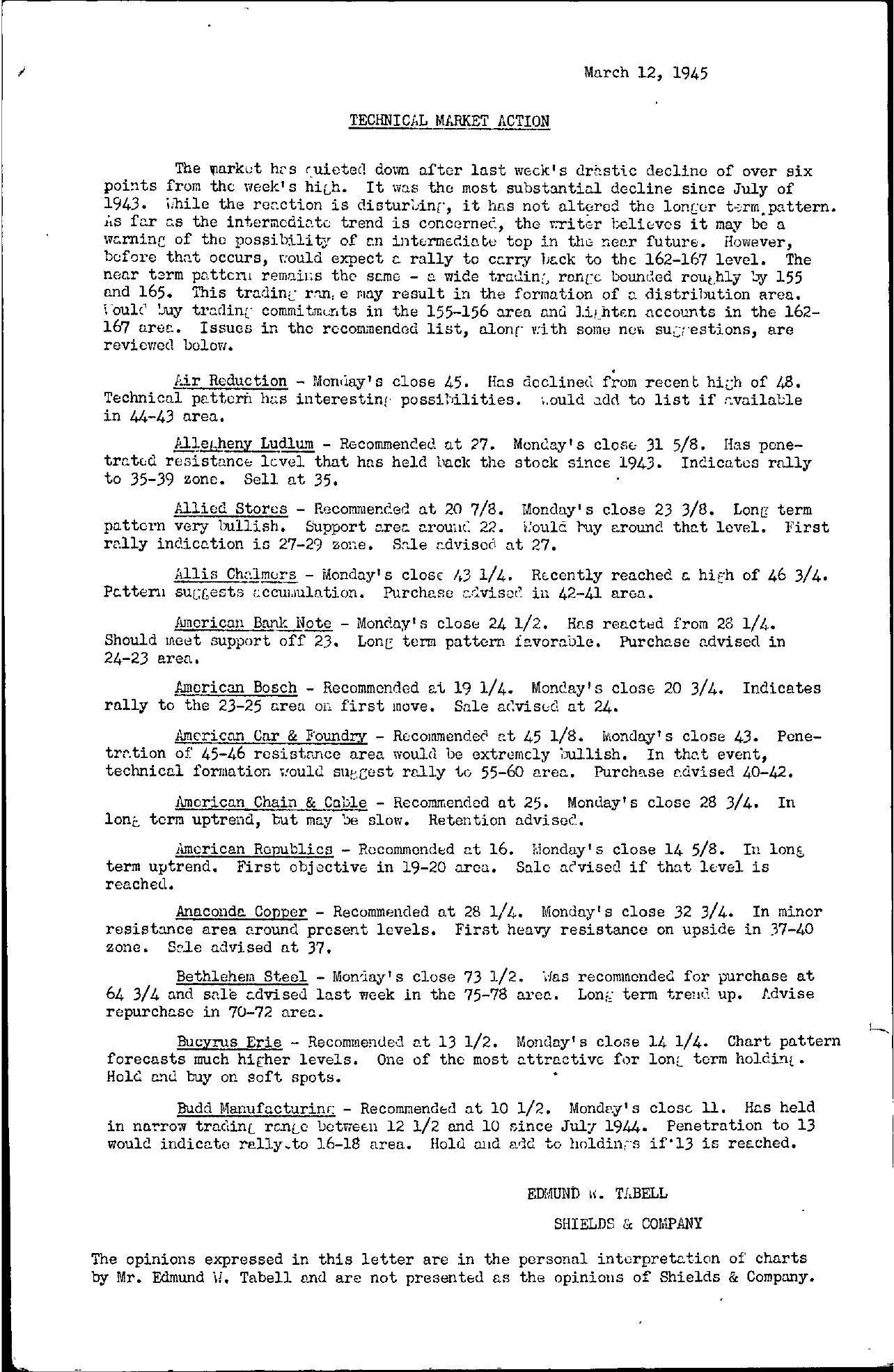 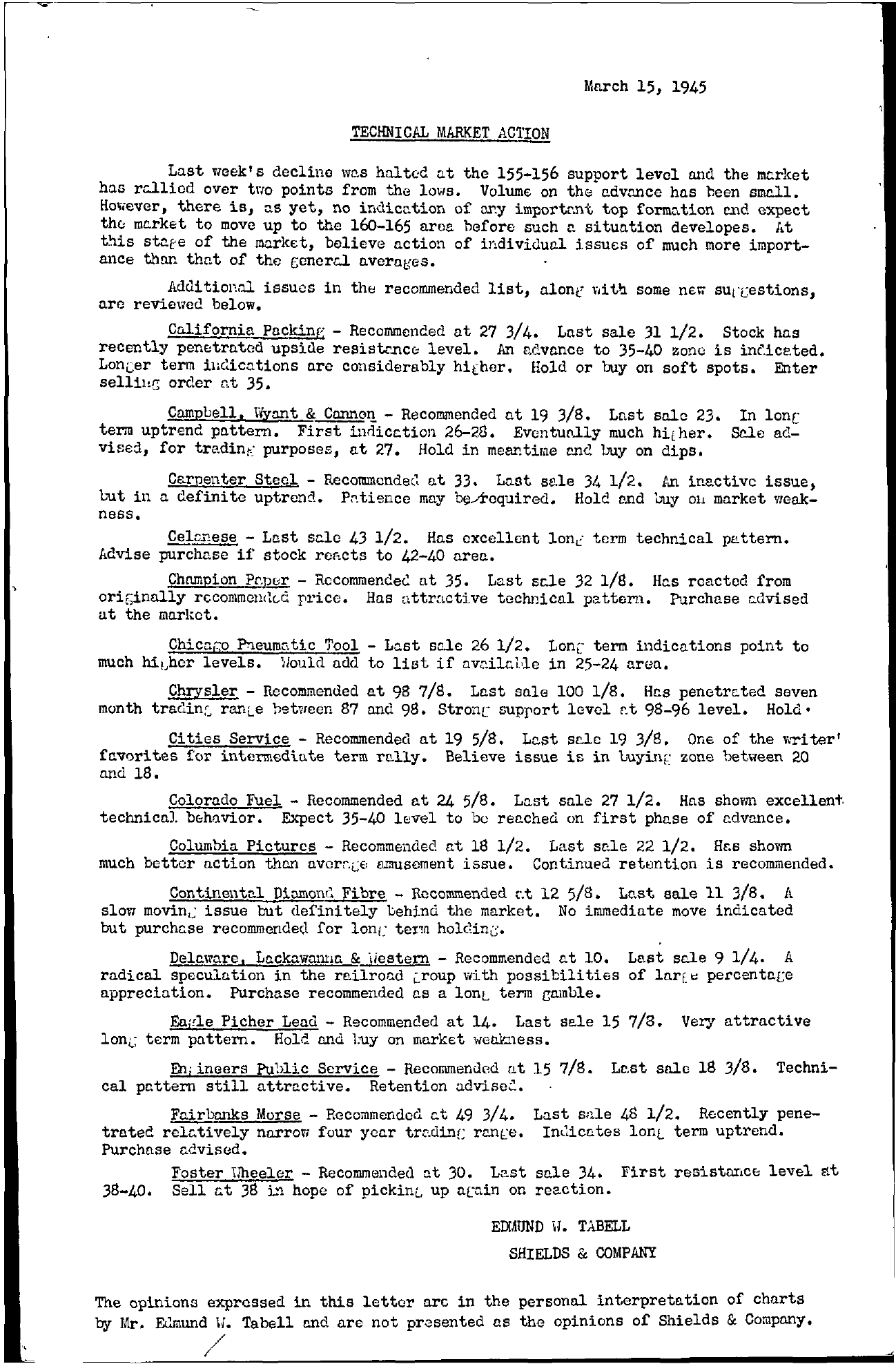 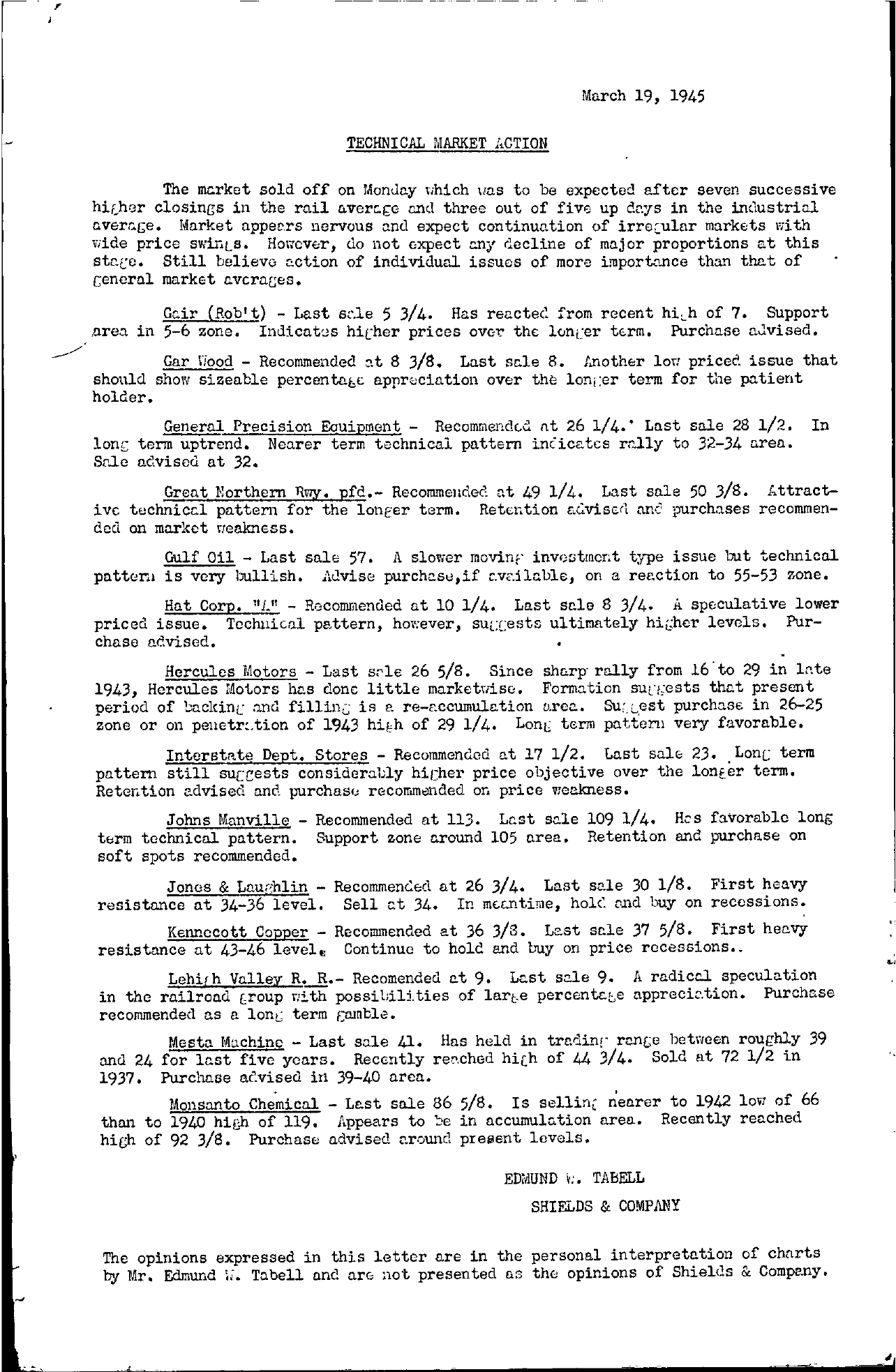 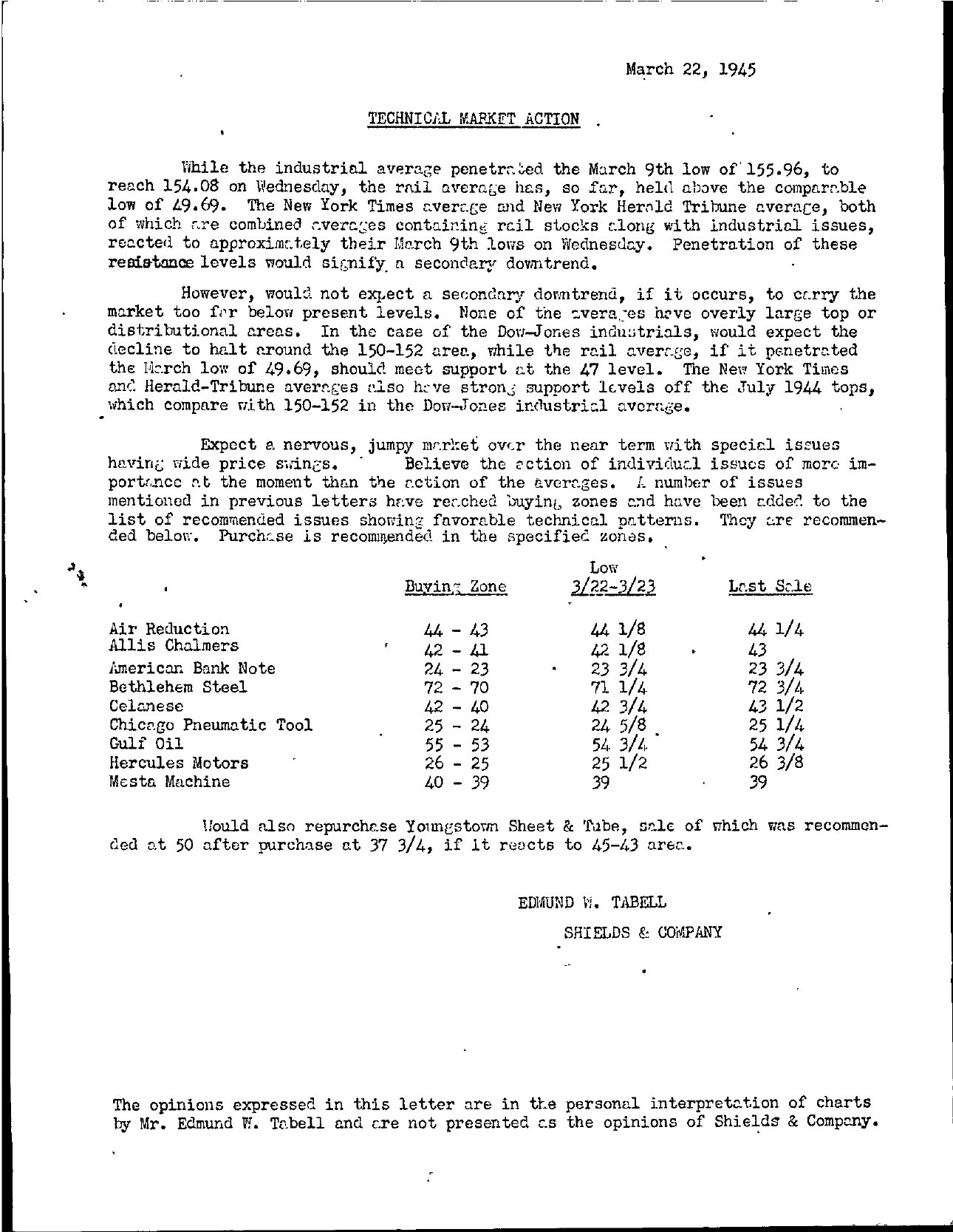