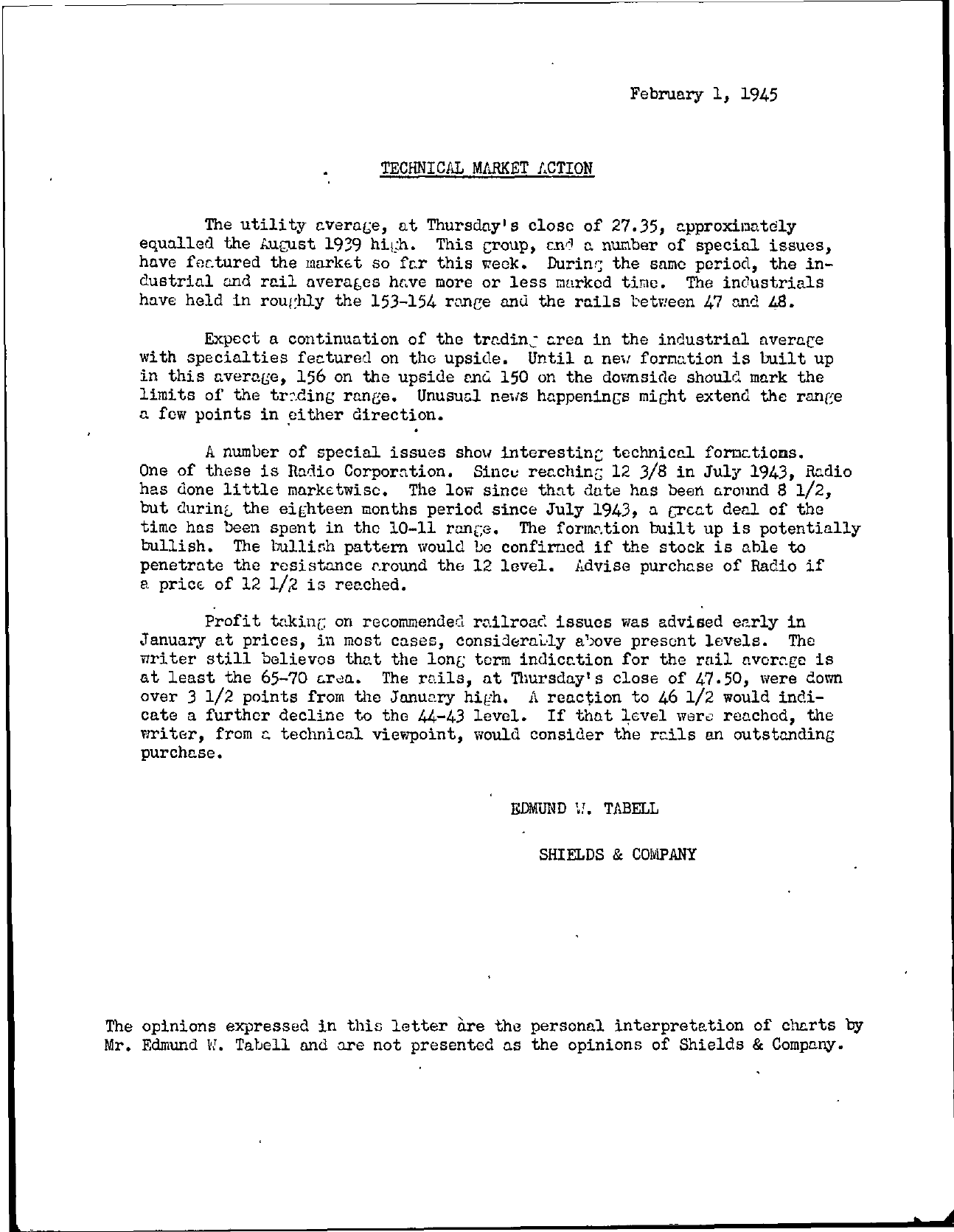 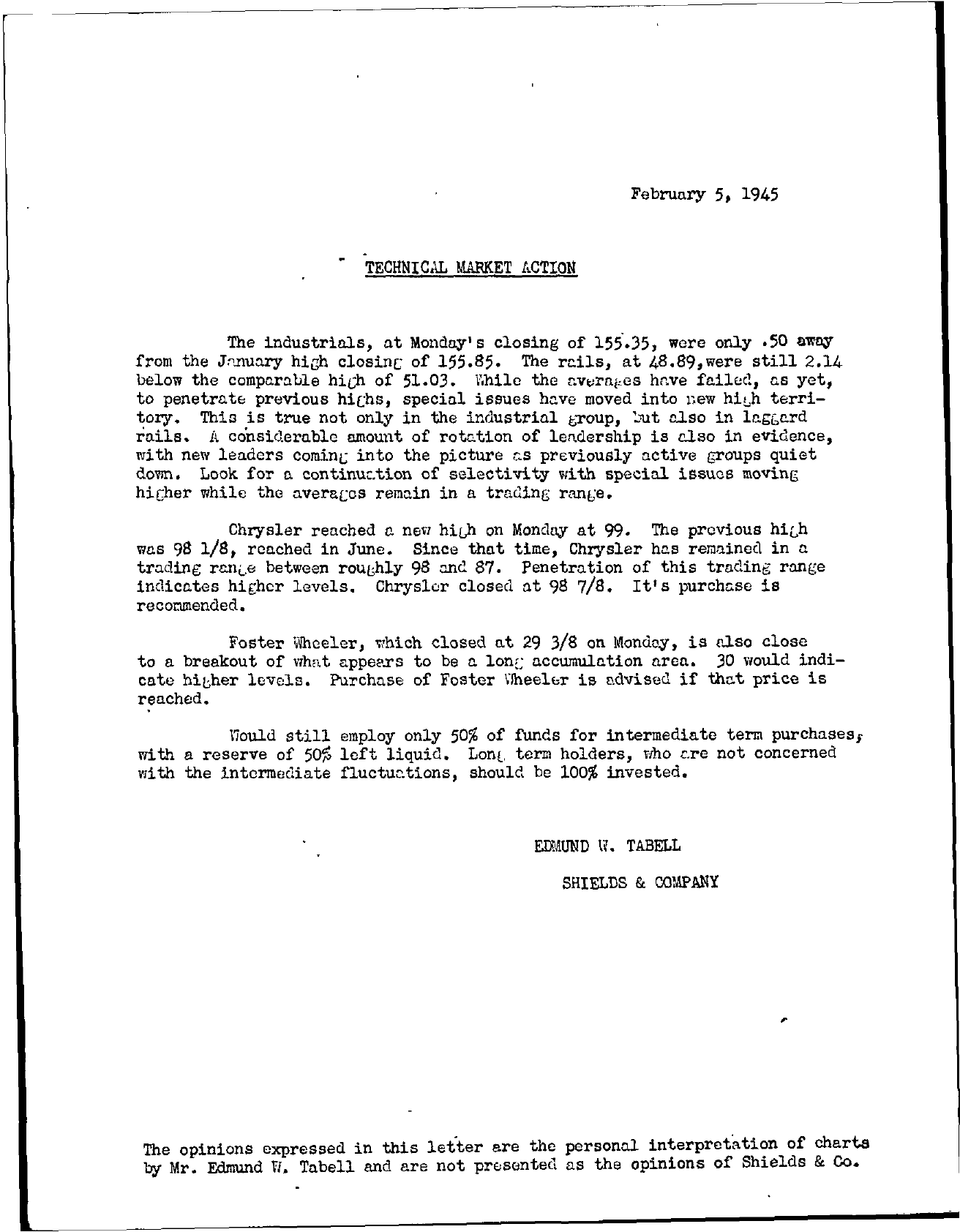 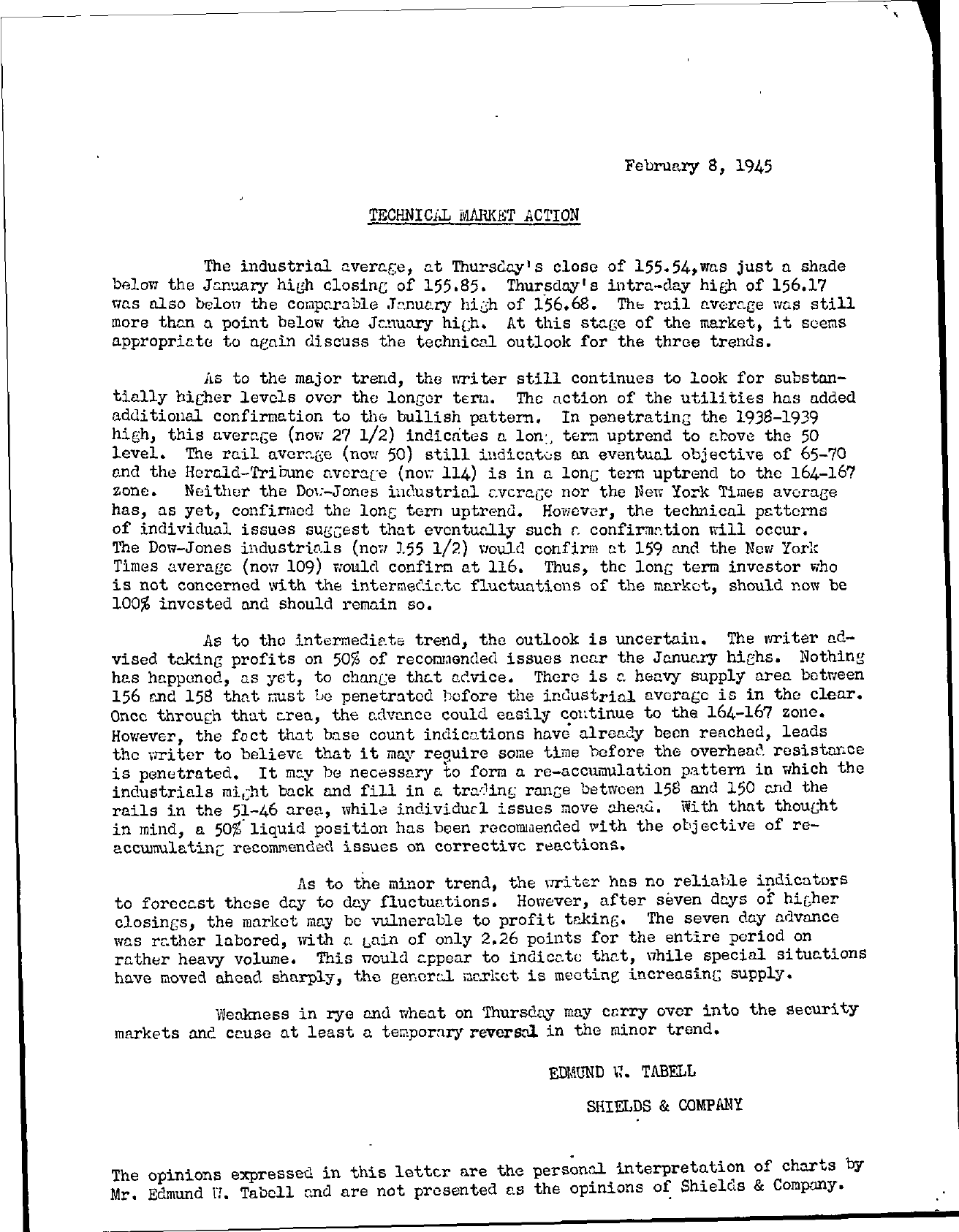 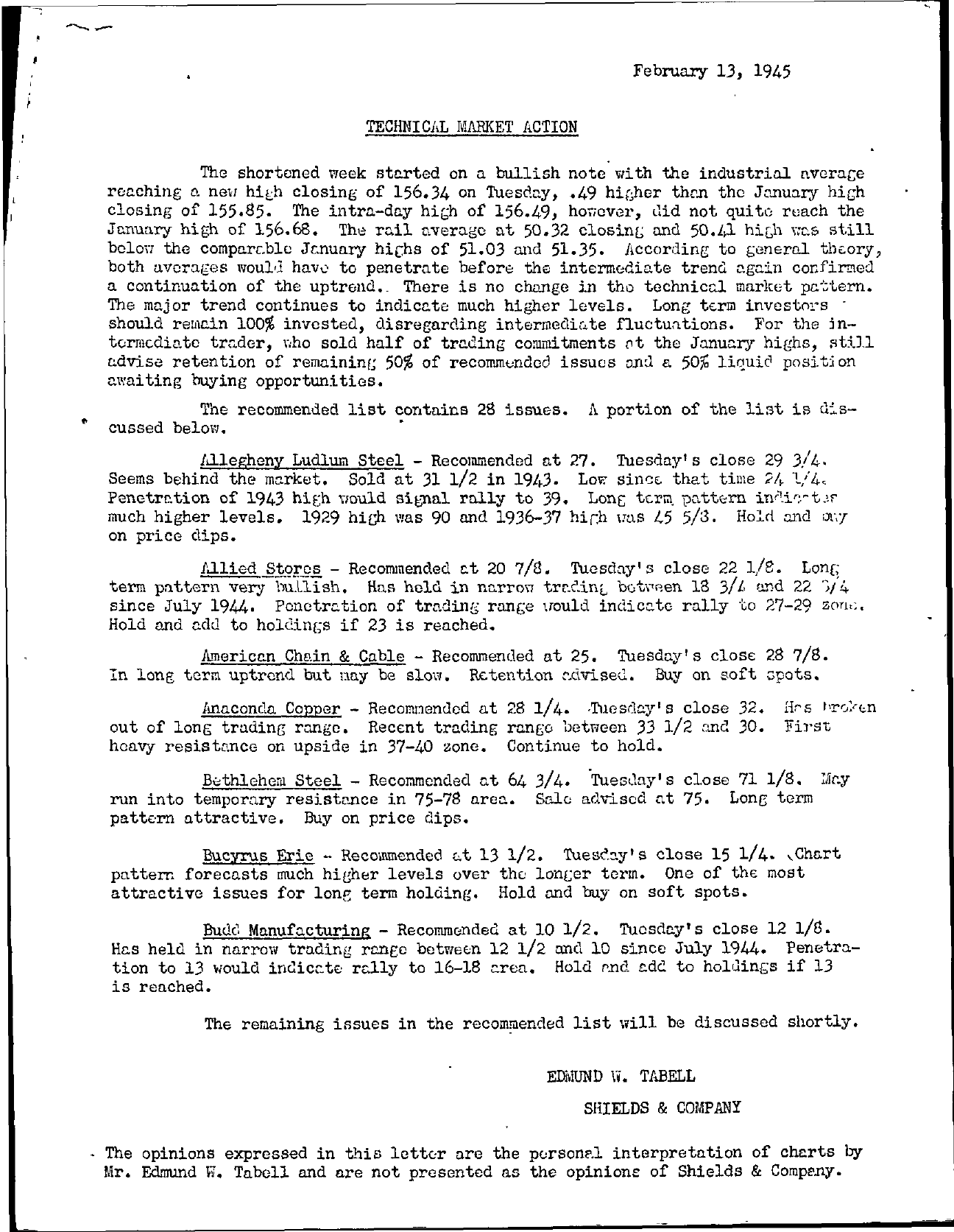 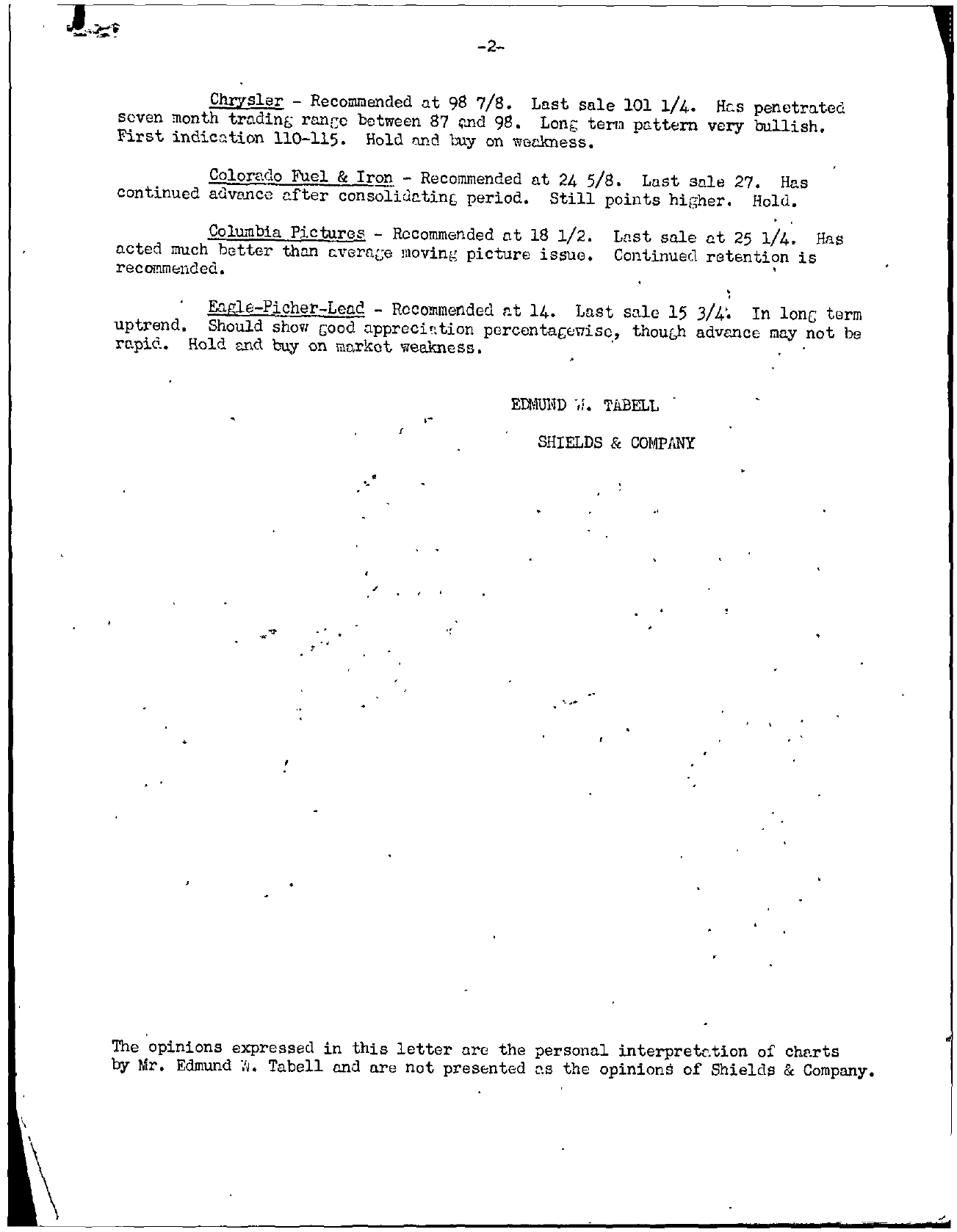 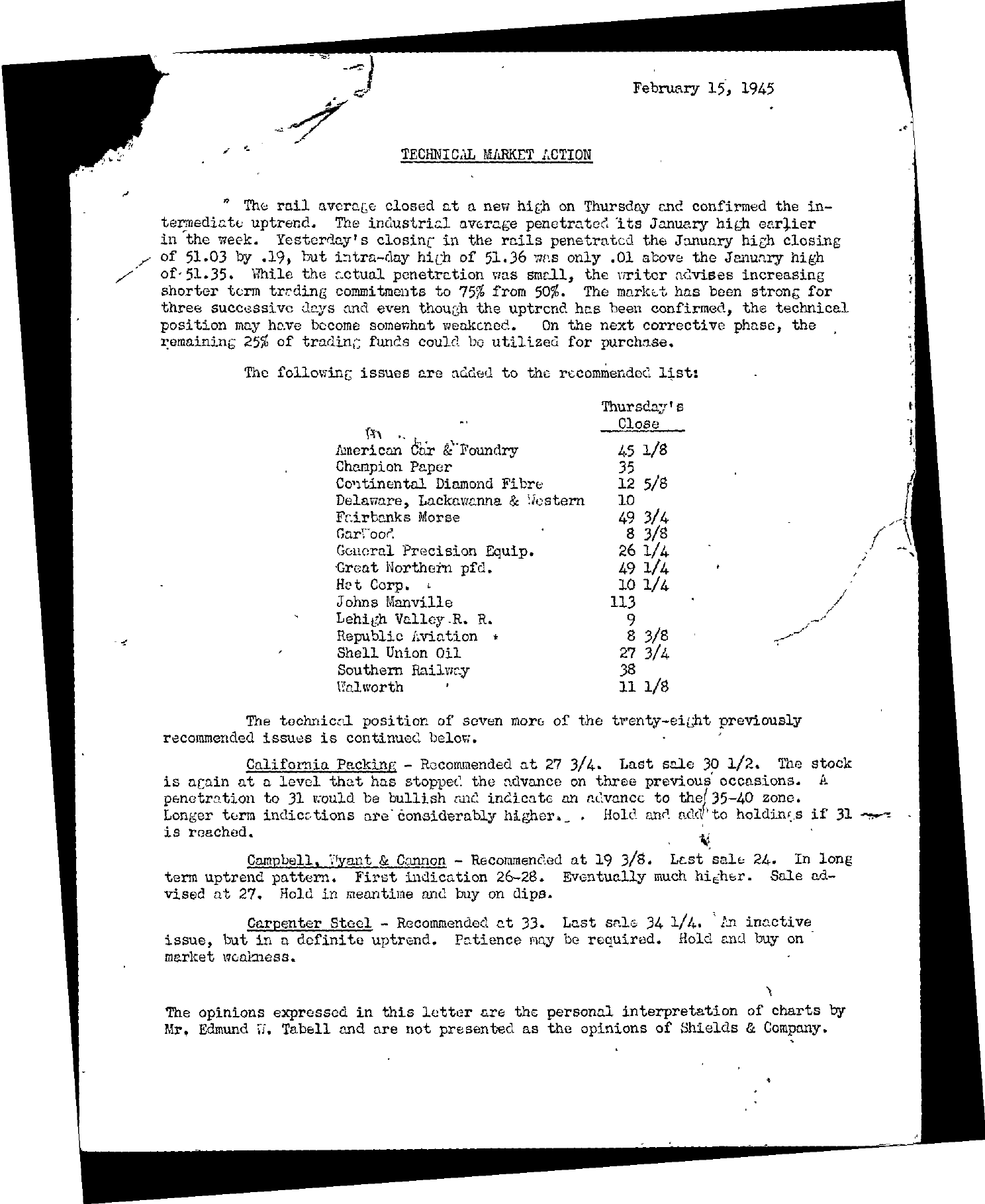 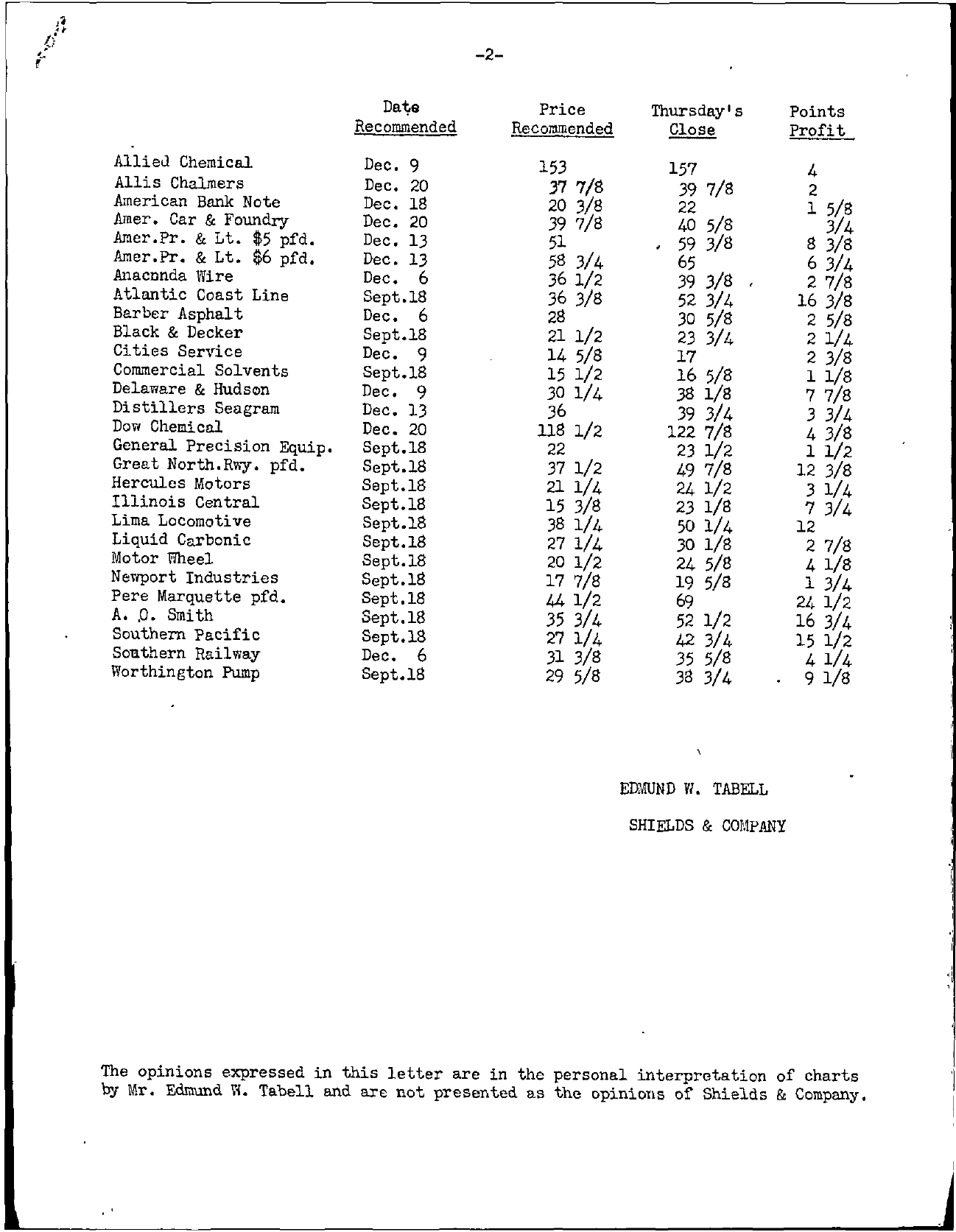 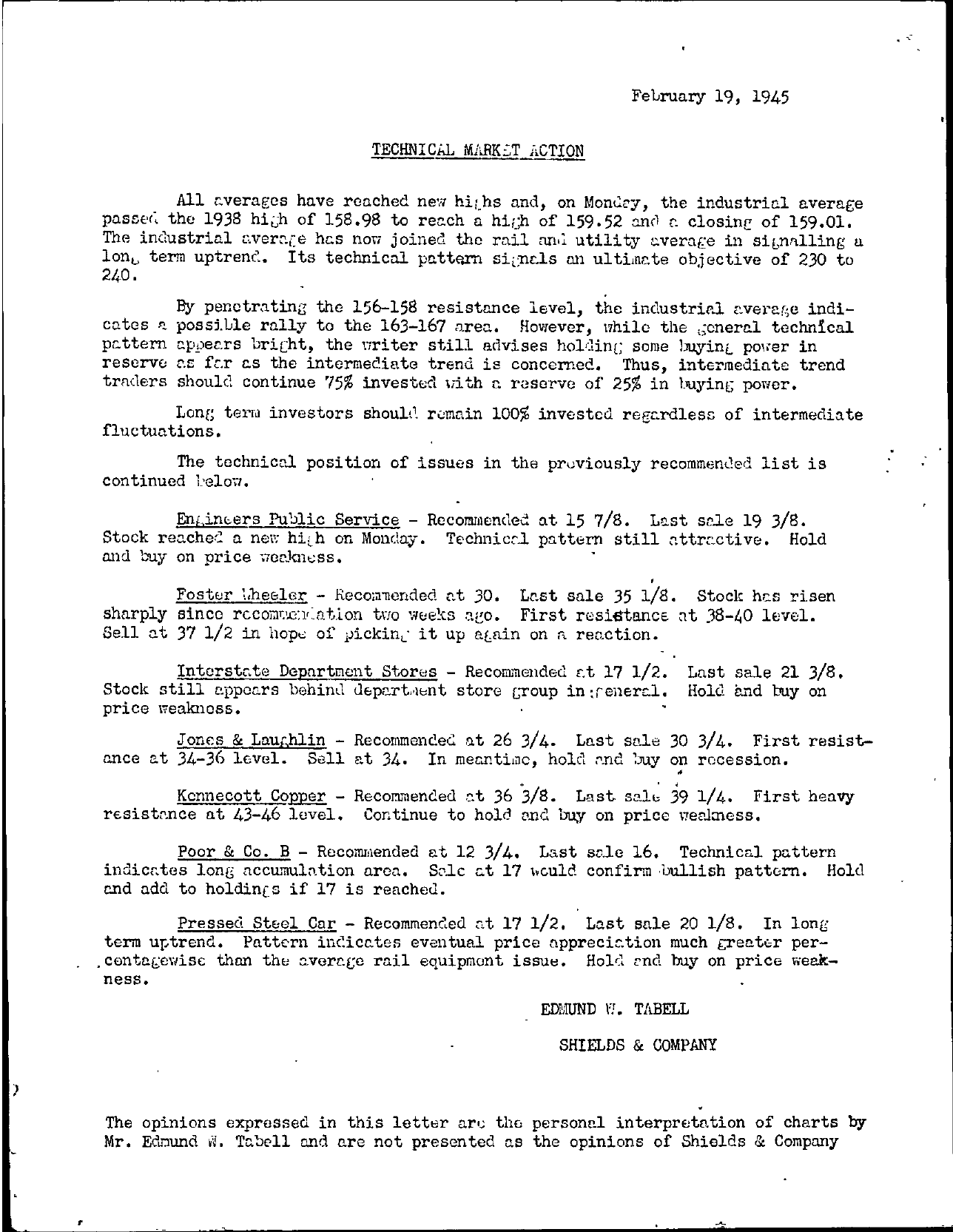 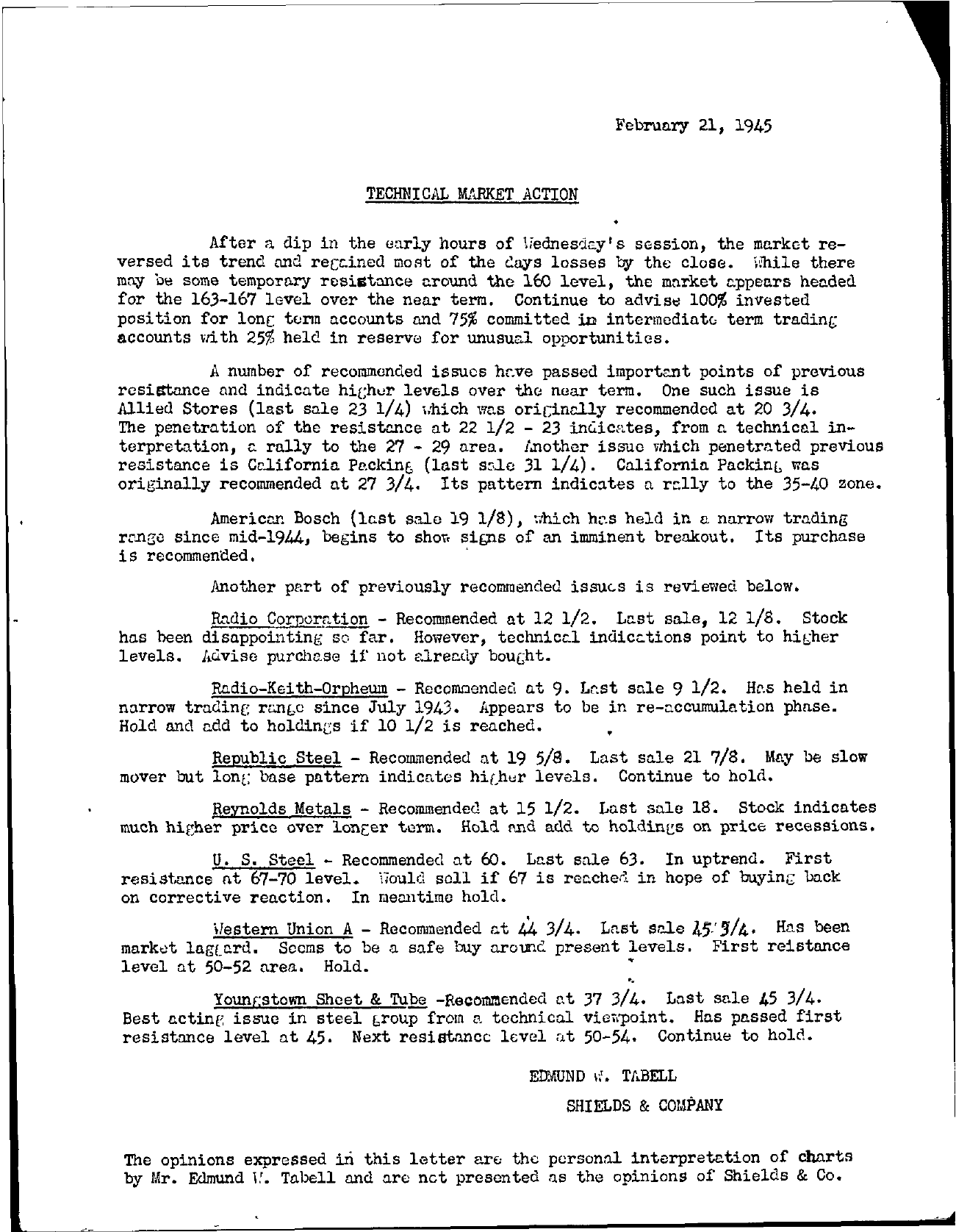 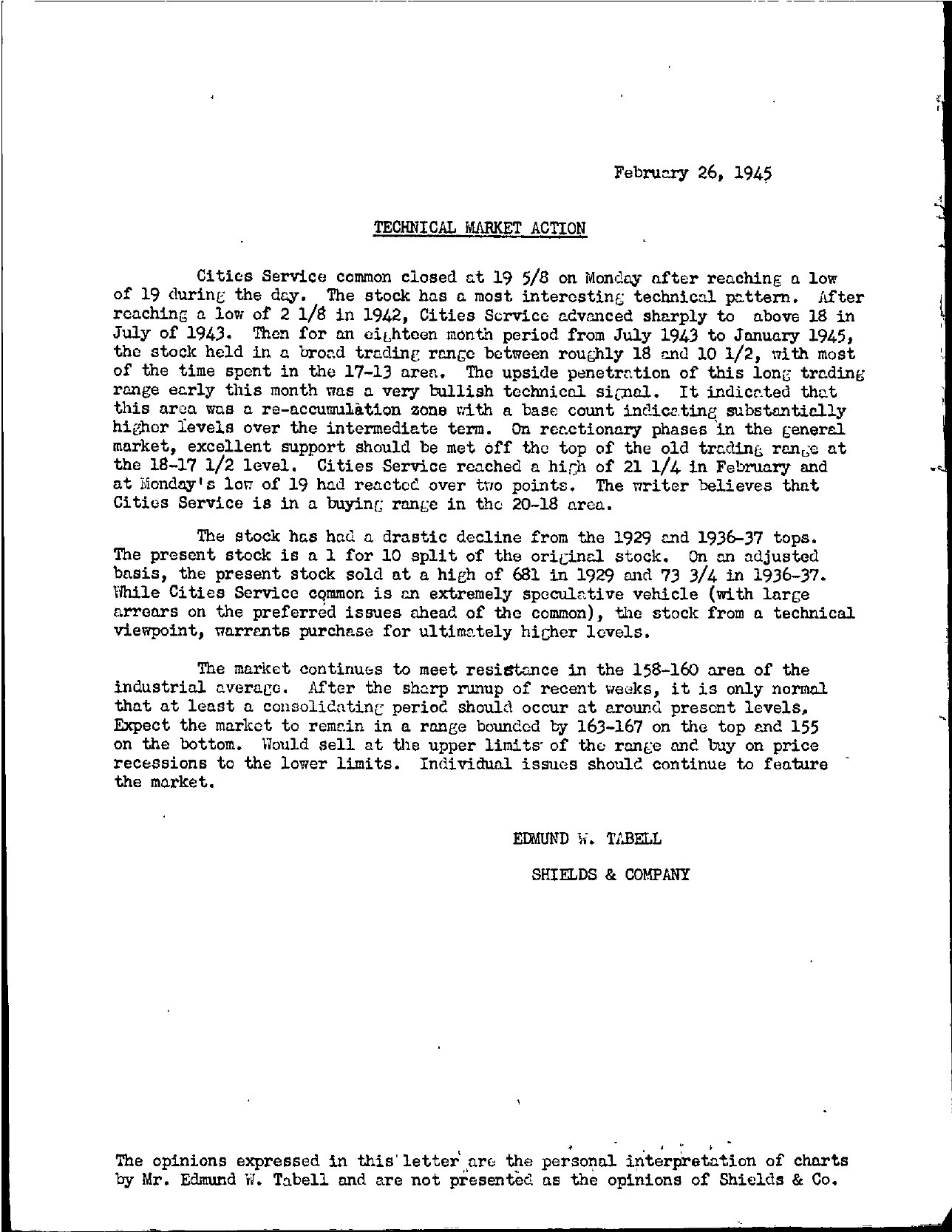 February 26, 1945 TECHNICAL MARKET ACTION Cities Service common closed at 19 5/8 on Monday after reaching a low of 19 during the day. The stock has a most interesting technical pattern. After reaching a low of 2 1/8 in 1942, Cities Service advanced sharply to above 18 in July of 1943. Then for an eighteen month period from July 1943 to January 1945, the stock held in a broad trending range between roughly 18 and 10 1/2, with most of the time spent in the 17-13 area. The upside penetration of this long trading range early this month was a very bullish technical signal. It indicated that this area was a re-accumulation zone with a base count indicating substantially higher levels over the intermediate term. On reactionary phases in the general market, excellent support should be met off the top of the old trading range at the 18-17 1/2 level. Cities Service reached a high of 21 1/4 in February and at Mondays low of 19 had reacted over two points. The writer believes that Cities Service is in a buying range in the 20-18 area. The stock has had a drastic decline from the 1929 and 1936-37 tops. The present stock is a 1 for 10 split of the original stock. On an adjusted basis, the present stock sold at a high of 681 in 1929 and 73 3/4 in 1936-37. While Cites Service common is an extremely speculative vehicle (with large arrears on the preferred issues ahead of the common), the stock from a technical viewpoint, warrants purchase for ultimately higher levels. The market continues to meet resistance in the 158-160 area of the industrial average. After the sharp runup of recent weeks, it is only normal that at least a consolidating period should occur at around present levels. Expect the market to remain in a range bounded by 163-167 on the top and 155 on the bottom. Would sell at the upper limits of the range and buy on price recessions to the lower limits. Individual issues should continue to feature the market. EDMUND W. TABELL SHIELDS & COMPANY The opinions expressed in this letter are the personal interpretation of charts