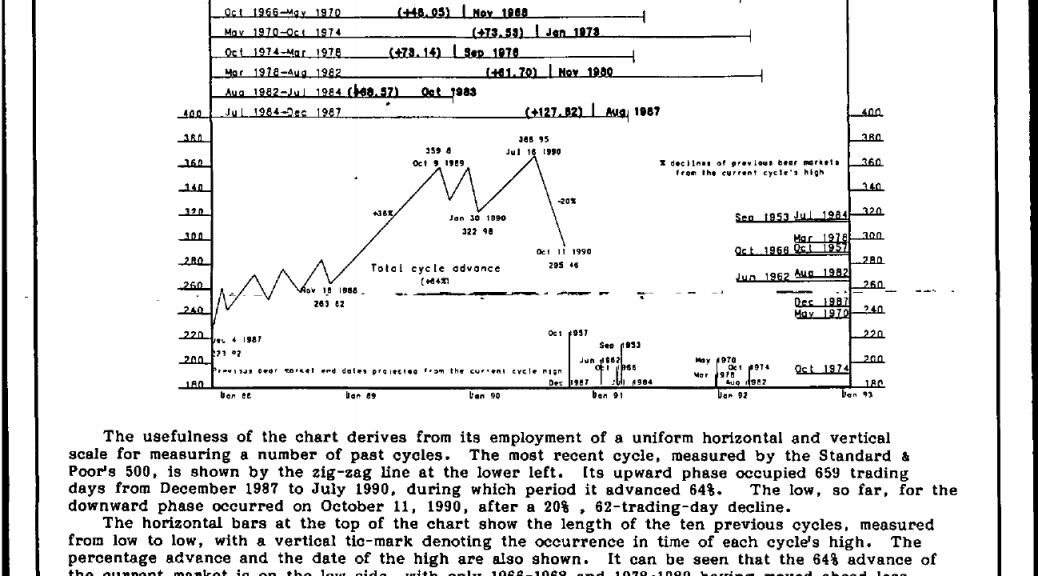 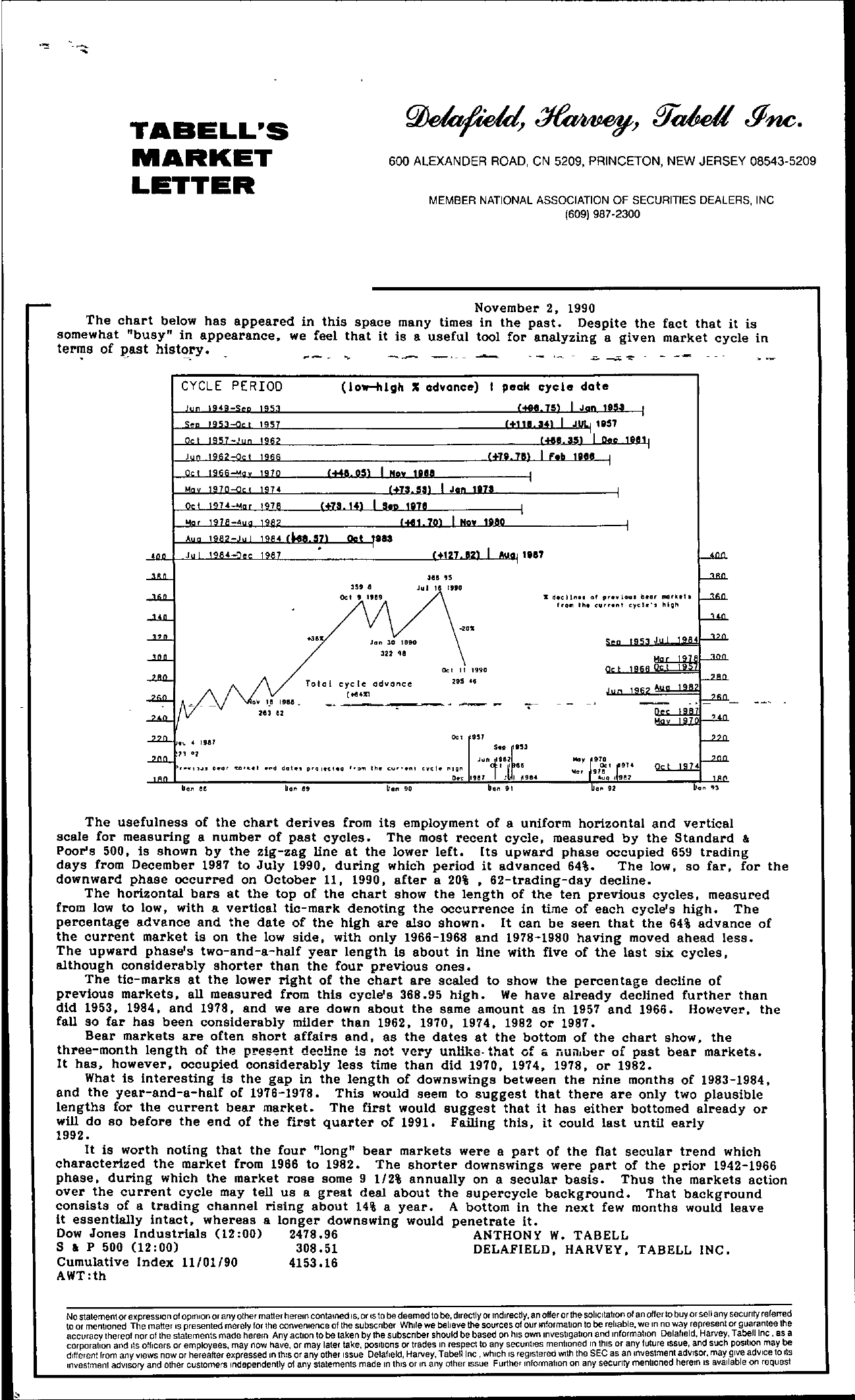 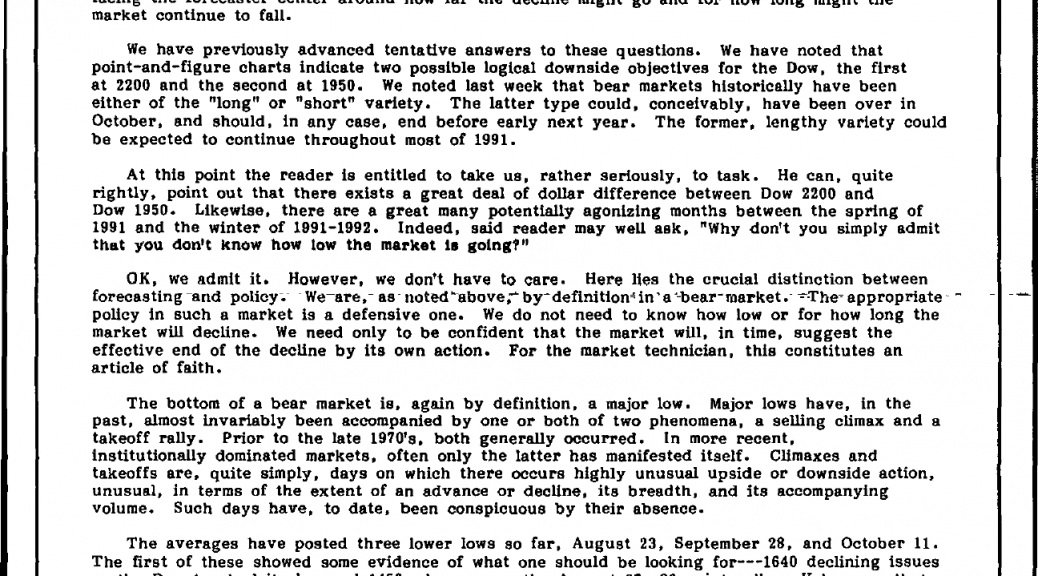 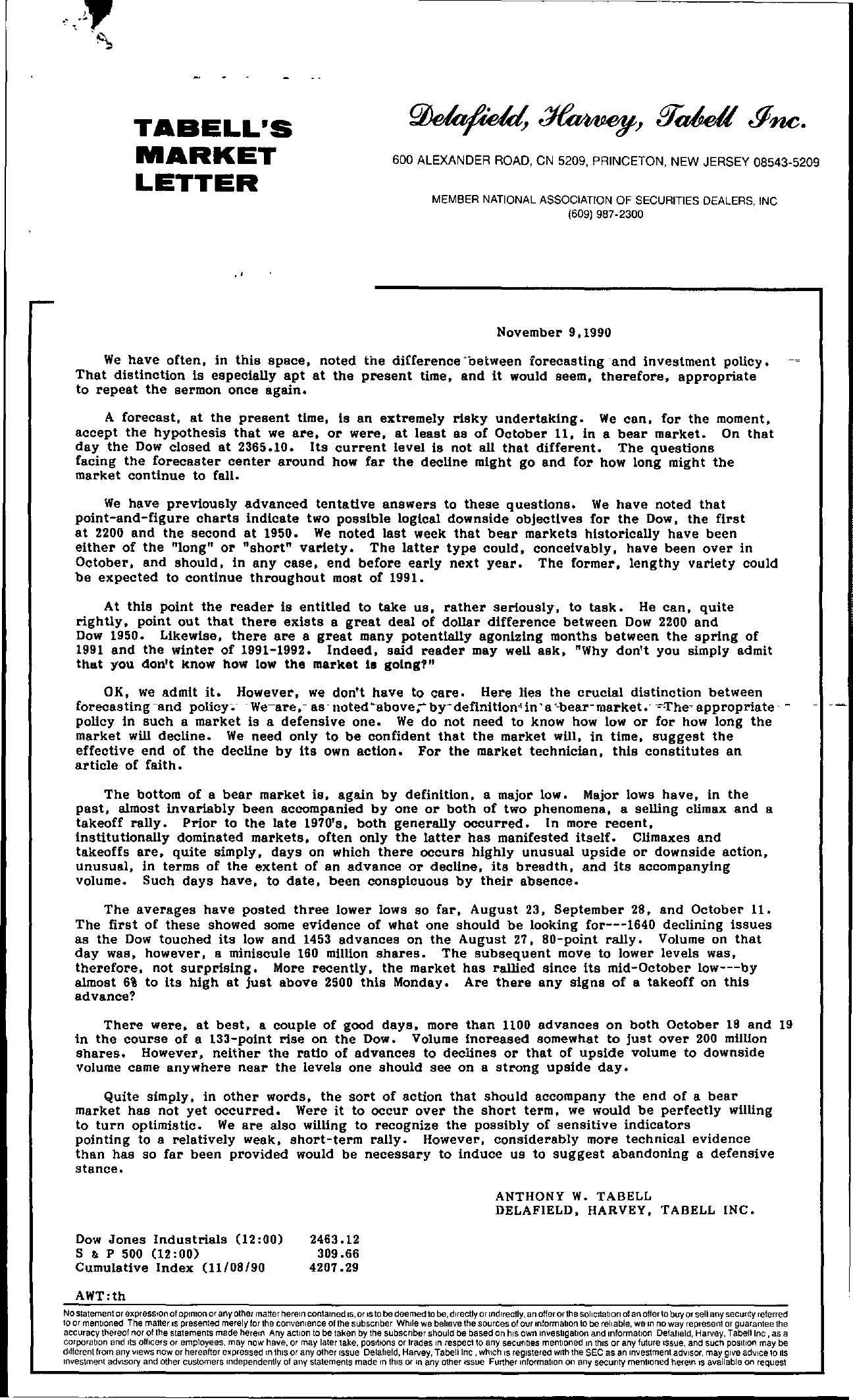 , .. F4' TABELL'S MARKET LETTER 600 ALEXANDER ROAD, CN 5209, PRINCETON, NEW JERSEY 08543-5209 MEMBER NATIONAL ASSOCIATION OF SECURITIES OEALERS, INC (609) 987-2300 .' November 9,1990 We have often, in this space, noted the difference 'between iorecasting 'and investment policy. That distinction is especially apt at the present time, and it would seem, therefore, appropriate to repeat the sermon once again. A forecast, at the present time, is an extremely risky undertaking. We can, for the moment, accept the hypothesis that we are, or were, at least as of October 11, in a bear market. On that day the Dow closed at 2365.10. Its current level Is not all that different. The questions facing the forecaster center around how far the decline might go and for how long might the market continue to fall. We have previously advanced tentative answers to these questions. We have noted that point-and-figure charts indicate two possible logical downside objectives for the Dow, the first at 2200 and the second at 1950. We noted last week that bear markets historically have been either of the long or short variety. The latter type could, conceivably, have been over in October, and should, In any case, end before early next year. The former, lengthy variety could be expected to continue throughout most of 1991. At this point the reader Is entitled to take us, rather seriously, to task. He can, quite rightly, point out that there exists a great deal of dollar difference between Dow 2200 and Dow 1950. Likewise, there are a great many potentially agonizing months between the spring of 1991 and the winter of 1991-1992. Indeed, said reader may weli ask, Why don't you simply admit that you don't know how low the market Is going OK, we admit it. However, we don't have to care. Here lies the crucial distinction between forecasting -and policy' 'We-are,- as' noted above,- by-definition' In' a '-bear-market.' The- appropriate' policy In such a market is a defensive one. We do not need to know how low or for how long the market will decline. We need only to be confident that the market will, in time, suggest the effective end of the decline by Its own action. For the market technician, this constitutes an article of faith. The bottom of a bear market is, again by definition, a major low. Major lows ha ve, in the past, almost invariably been accompanied by one or both of two phenomena, a selling climax and a takeoff rally. Prior to the late 1970's, both generally occurred. In more recent, Institutionally dominated markets, often only the latter has manifested itself. Climaxes and takeoffs are, quite simply, days on which there occurs highly unusual upside or downside action, unusual, In terms of the extent of an advance or decline, its breadth, and its accompanying volume. Such days have, to date, been conspicuous by their absence. The averages have posted three lower lows so far, August 23, September 28, and October 1l. The first of these showed some evidence of what one should be looking for—1640 declining Issues as the Dow touched its low and 1453 advances on the August 27, 80-point rally. Volume on that day was, however, a miniscule 160 million shares. The subsequent mOVe to lower levels was, therefore, not surprising. More recently, the market has railled since its mid-October low—by almost 6 to Its high at just above 2500 this Monday. Are there any signs of a takeoff on this advance There were, at best. a couple of good days, more than 1100 advances on both October 18 and 19 in the course of a 133-point rise on the Dow. Volume Increased somewhat to just over 200 million shares. However, neither the ratio of advances to declines or that of upside volume to downside volume came anywhere near the levels one should see on a strong upside day. Quite simply, in other words, the sort of action that should accompany the end of a bear market has not yet occurred. Were it to occur over the short term, we would be perfectly willing to turn optimistic. We are also willing to recognize the possibly of sensitive indicators pointing to a relatively weak, short-term rally. However. considerably more technical evidence than has so far been provided would be necessary to induce us to suggest abandoning a defensive stance. ANTHONY W. TABELL DELAFIELD, HARVEY, TAB ELL INC. Dow Jones Industrials (12 00) S & P 500 (1200) Cumulative Index (11/08/90 2463.12 309.66 4207.29 AWTth No statement or expressIon of oplmon Of any other matter herein contaIned IS, or IS to be deemed 10 be, directly or IndIrectly, an offer or the solicllatlon ol an offer to buy or sell any security referred to or mentioned The matter IS presented merely lor the convenience of the subSCriber While we beheve the sources of our Information to be rehable, we In no way represent or guarantee the aCCuracy thereof nor of the statements made herein Any acllon to be taken by the subSCriber should be based on hiS own Invesllgatlon and Informabon Delafield, Harvey, Tabett Inc, as a corporation and ItS officers or employees, may now have, or may later take, pOSlbons or trades In respect to any securities mentioned In thiS or any future Issue, and such POSition may be different from any views now or hereafter expressed In thiS or any other Issue Delafield, Harvey, Tabelt Inc, which IS registered With the SEC as an Investment adVisor, may give adVice 10 Its Investment adVISOry and other customers Independently of any statements made In thiS or In any other Issue Fur1her information on any secUrity menlloned herein IS available on request 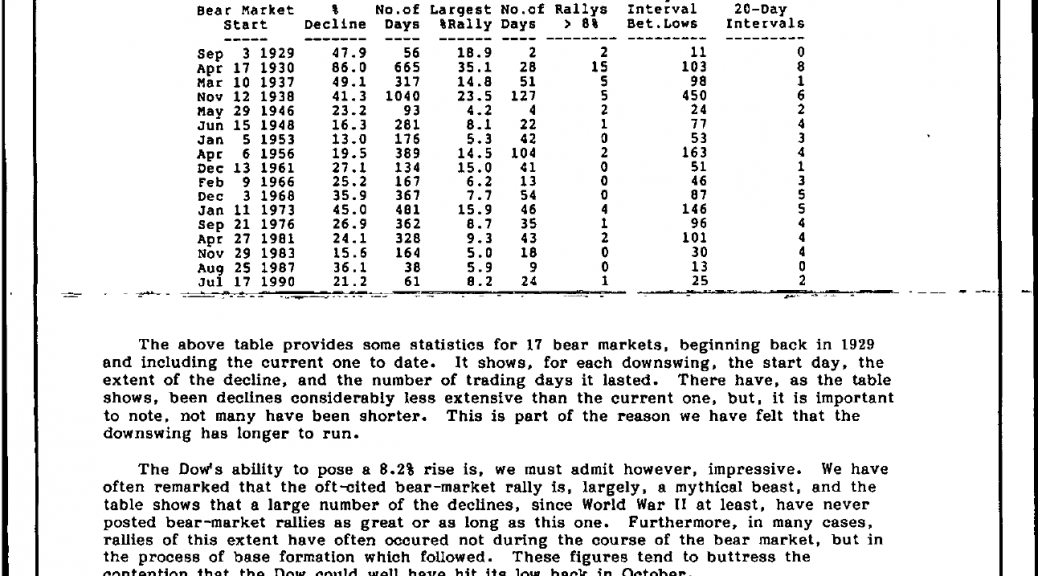 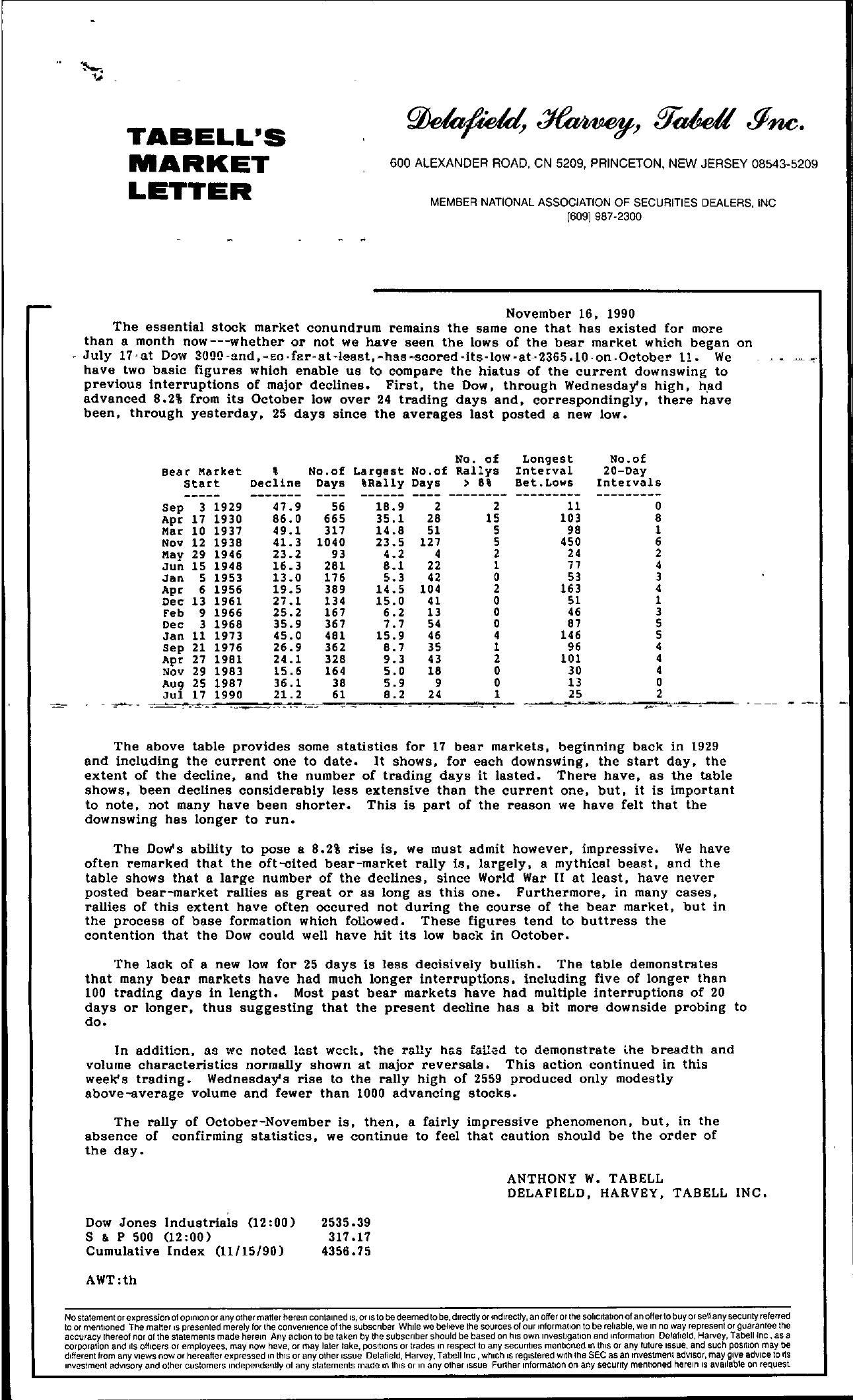 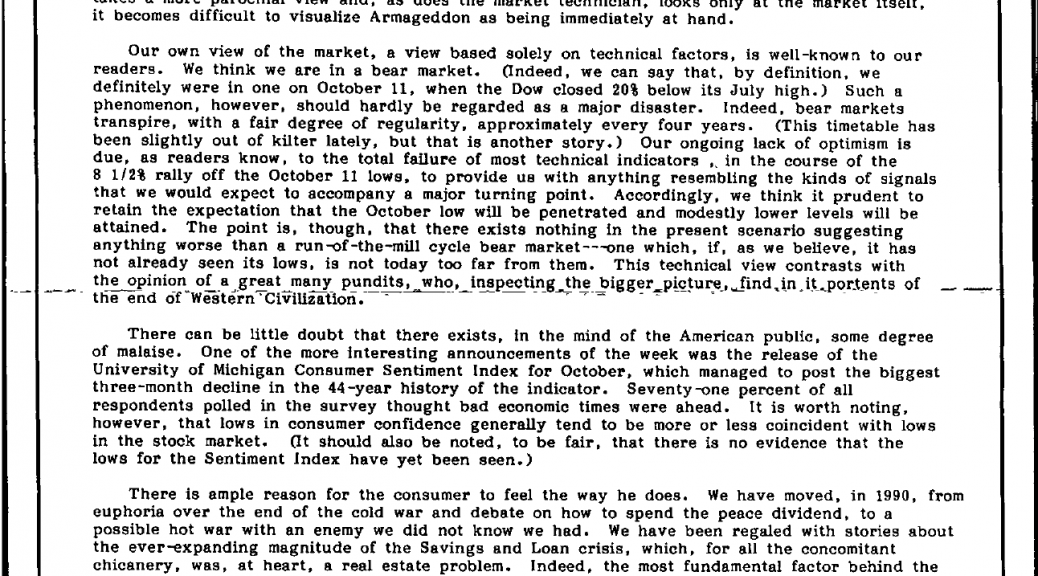 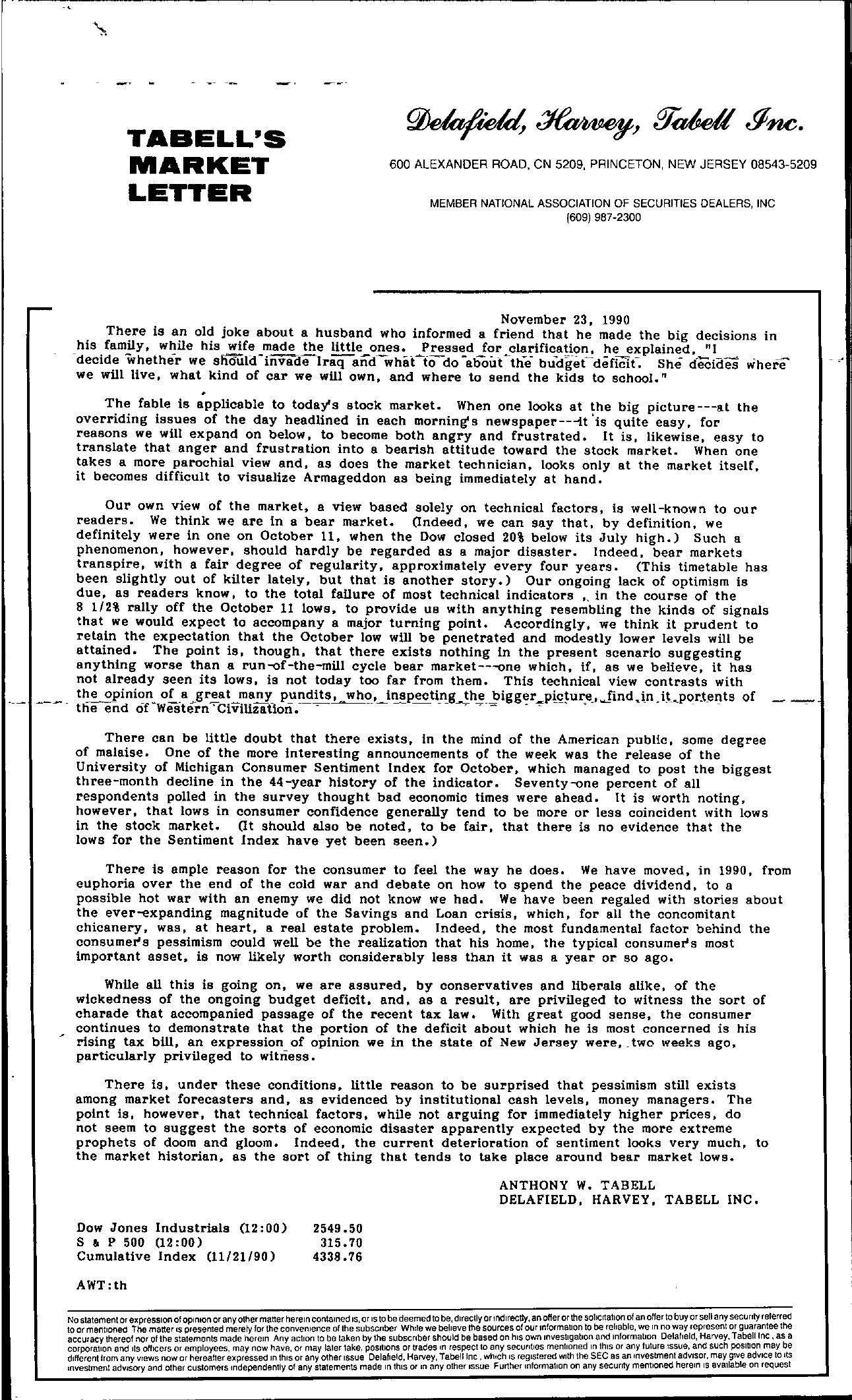 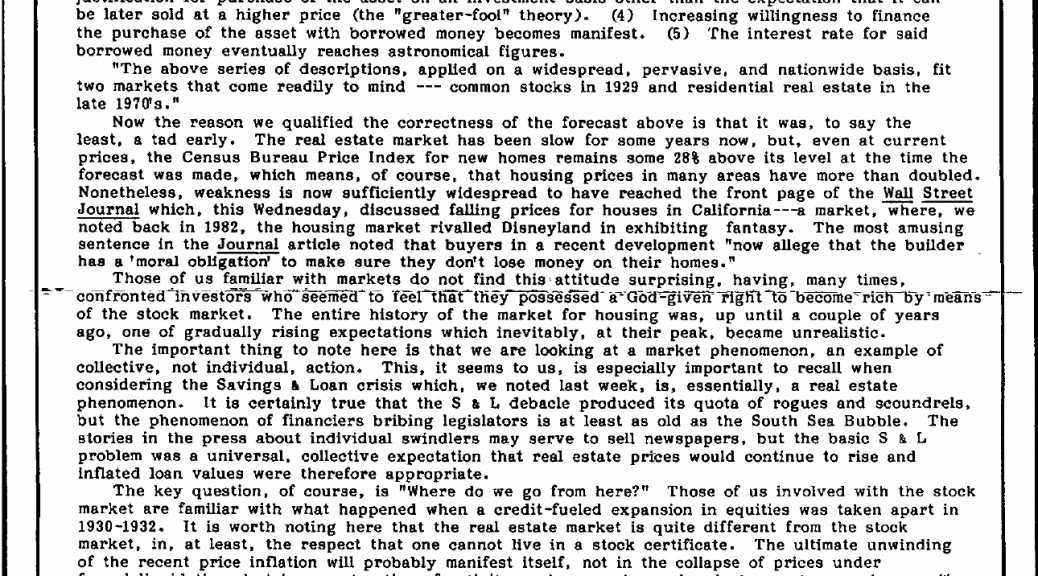 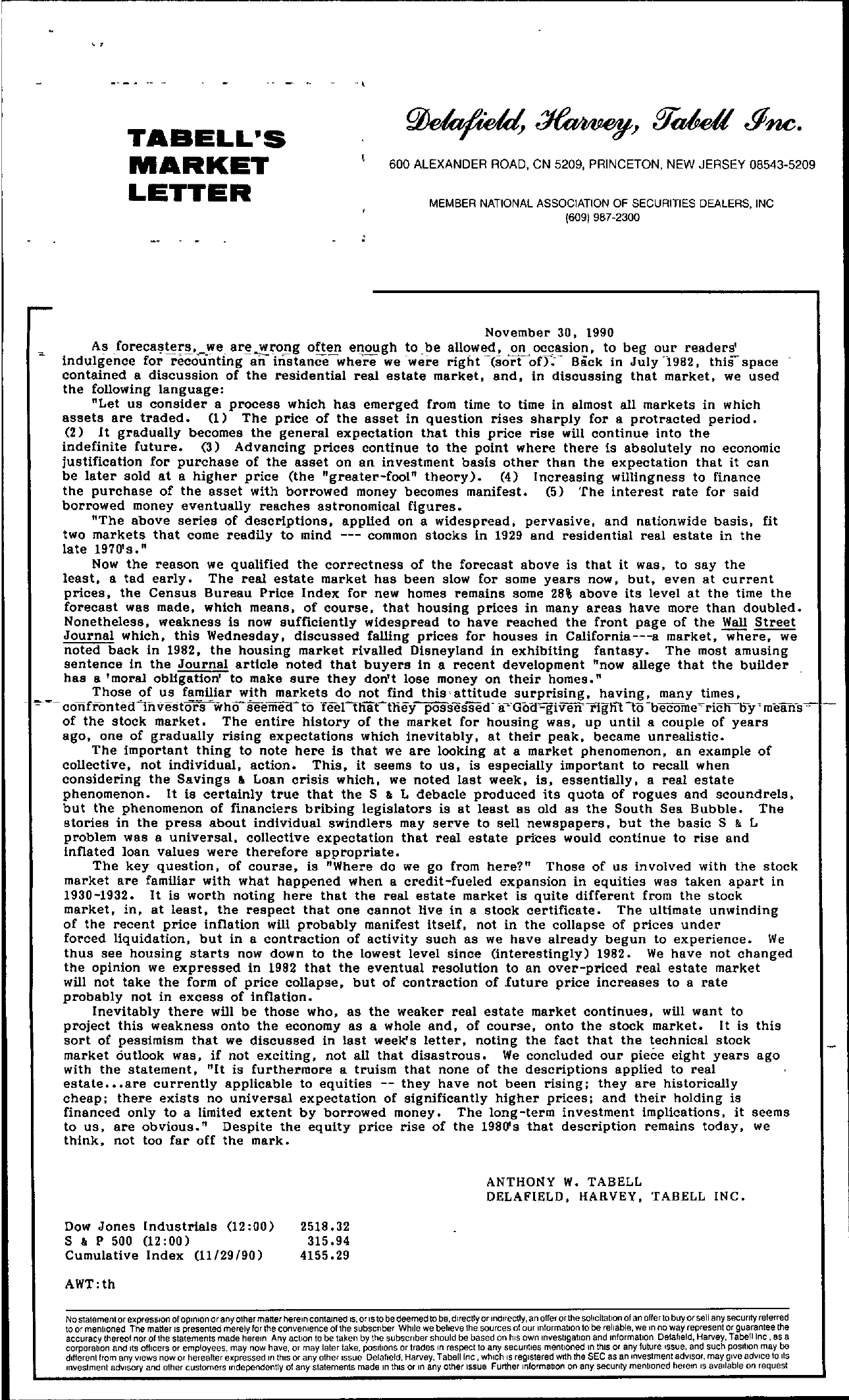