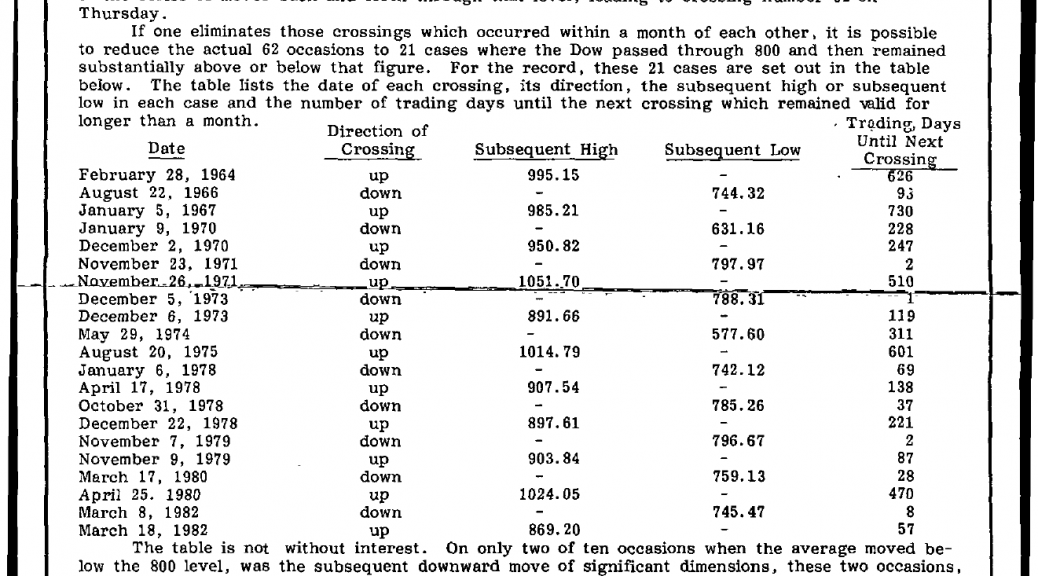 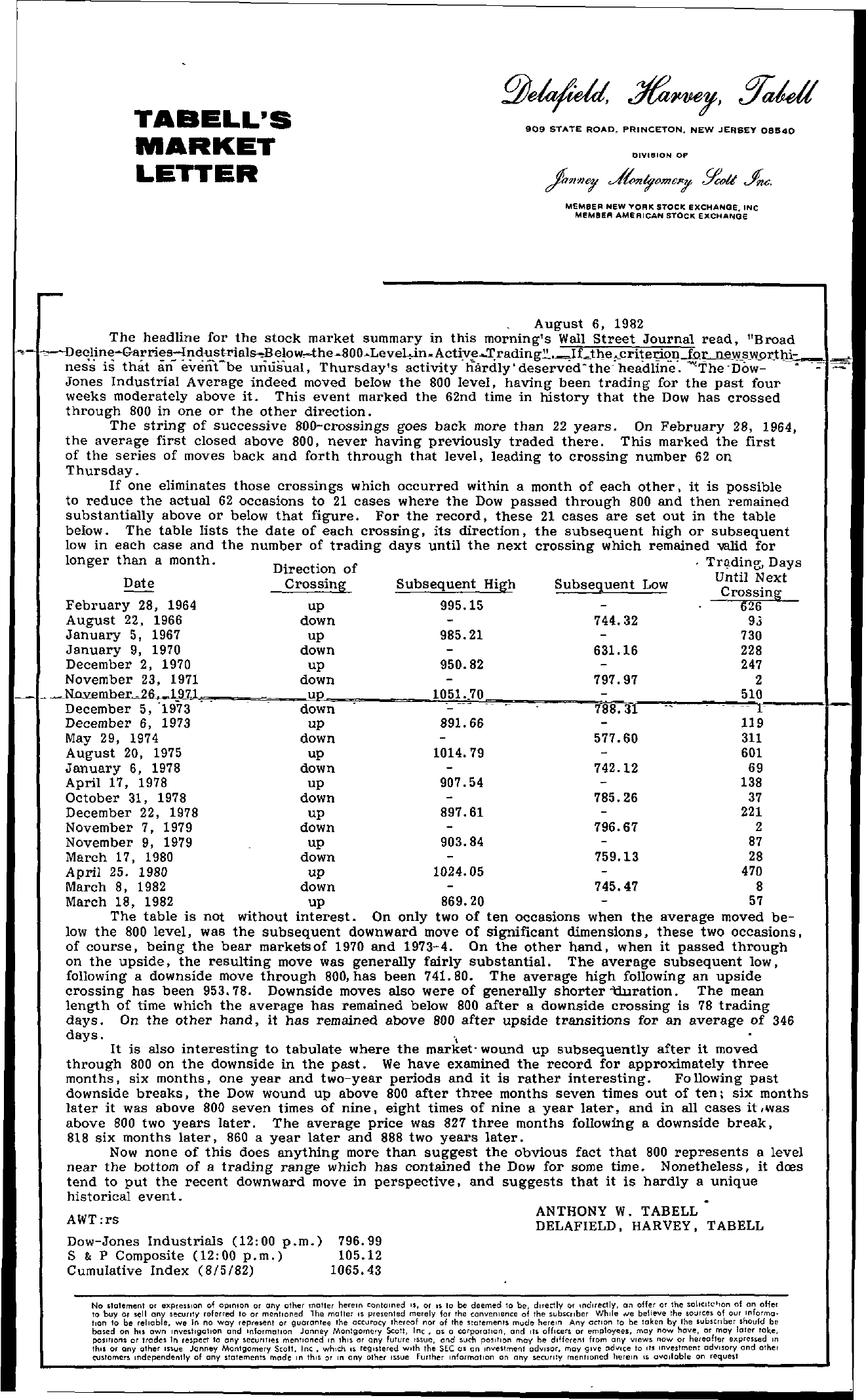 TABELL'S MARKET LETTER 909 STATE ROAD, PRINCETON, NEW JERSEY 08540 DIVISION OF MEMBEFI NEW YORK STOCk; EXCHANGe, INC MEMBER AMERICAN STOCK eXCHAIliGE August 6, 1982 The headline for the stock market summary in this mornin Wall Street Journal read, Broad ,,.,.. -1lh 10'.. .h .ROO.r.l.in A . ri'neii'is that even-Cbe utltiual, Thursday's activity .'1',,.01de,,s;;e''r' ved.'Itfh-eth-eh,pArllln' 'The Dow Jones Industrial Average indeed moved below the 800 level, having been trading for the past four weeks moderately above it. This event marked the 62nd time in history that the Dow has crossed through 800 in one or the other direction. The string of successive 800-crossings goes back more than 22 years. On February 28, 1964, the average first closed above 800, never having previously traded there. This marked the first of the series of moves back and forth through that level, leading to crossing number 62 on Thursday. If one eliminates those crossings which occurred within a month of each other, it is possible to reduce the actual 62 occasions to 21 cases where the Dow passed through 800 and then remained substantially above or below that figure. For the record, these 21 cases are set out in the table below. The table lists the date of each crossing, its direction, the subsequent high or subsequent low in each case and the number of trading days until the next crossing which remained valid for longer than a month. Direction of Trqcding, Days D-a-te Crossing Subsequent High Subsequent Low Until Next Crossing February 28, 1964 up 995.15 – 626 August 22, 1966 down – 744.32 9J January 5, 1967 up 985.21 – 730 January 9, 1970 down – 631.16 228 December 2, 1970 up 950,82 – 247 November 23, 1971 down – 797. 97 ' —-.2D6.19n -i,uP–105U.JO–.-'r;—-,u December 5, 1973 down – 788.31 11'9 December 6, 1973 up 891. 66 – May 29, 1974 August 20, 1975 January 6, 1978 April 17, 1978 down up down up 1014.79 907.54 577,60 742.12 – 311 601 69 138 October 31, 1978 down – 785,26 37 December 22, 1978 up 897.61 – 221 November 7, 1979 down – 796.67 2 November 9, 1979 up 903.84 – 87 March 17, 1980 down – 759.13 28 April 25. 1980 up 1024.05 – 470 March 8, 1982 down – 745.47 8 March 18, 1982 up 869.20 – 57 The table is not without interest. On only two of ten occasions when the average moved be- low the 800 level, was the subsequent downward move of significant dimensions, these two occasions, of course, being the bear marke1sof 1970 and 1973-4. On the other hand, when it passed through on the upside, the resulting move was generally fairly substantial. The average subsequent low, following a downside move through 800, has been 741. 80, The average high following an upside crossing has been 953.78. Downside moves also were of generally shorter tiuration. The mean length of time which the average has remained below 800 after a downside crossing is 78 trading days. On the other hand, it has remained above 800 after upside transitions for an average of 346 days. It is also interesting to tabulate where the market wound up subsequently after it moved through 800 on the downside in the past. We have examined the record for approximately three months, six months, one year and two-year periods and it is rather interesting. Fo llowing past downside breaks, the Dow wound up above 800 after three months seven times out of ten; six months later it was above 800 seven times of nine, eight times of nine a year later, and in all cases it-was above 800 two years later. The average price was 827 three months following a downside break, 818 six months later, 860 a year later and 888 two years later. Now none of this does anything more than suggest the obvious fact that 800 represents a level near the bottom of a trading range which has contained the Dow for some time. Nonetheless, it dres tend to put the recent downward move in perspective, and suggests that it is hardly a unique historical event. AWTrs ANTHONY W. TABELL DELAFIELD, HARVEY, TABELL Dow-Jones Industrials (12 00 p. m.) 796.99 S & P Composite (1200 p.m.) 105.12 Cumulative Index (8/5/82) 1065.43 No lclement or expreUlon of opinion or any other molter herein contOlned 15, or IS 10 be deemed to be, directly or Indirectly, an offer or the sollcllC'l,on of on offer 10 buy or sell ony seC\.lflly referred 10 or menhoned The motter IS presented merely for the convemence of the subscriber While loll! believe the sources of our Informa- tion to be relloble, we In no way represent or guorantee Ihe occurocy thereof nor of the statements mode herein Any ocllon to be token by the subscnber should be bosed on hiS own Inve1190110n and Informotlon Janney Montgomery Sc;ott, Inc, as 0 corporotlon, and 11 offlc.ers or employees, may now hove, or may laler lake. pOSitIOns or trodes In resped to ony securities mentioned In Ihl5 or any future rssue, and such posrtron may be drfferent from any vrews now or hereofter expreHed m ttllS or any other rS'ue Jonney Montgomery Scoll, Inc. whIch I' regrstered With the SEC 05 on rnvestment odvrsor, may grve adVIce to It! mvestment advrsory and other customers mdependently of crny stcrtements mode rn thiS or rn any other rssue Further rnformatron on any securrty mentroned herem 15 ovollable on request 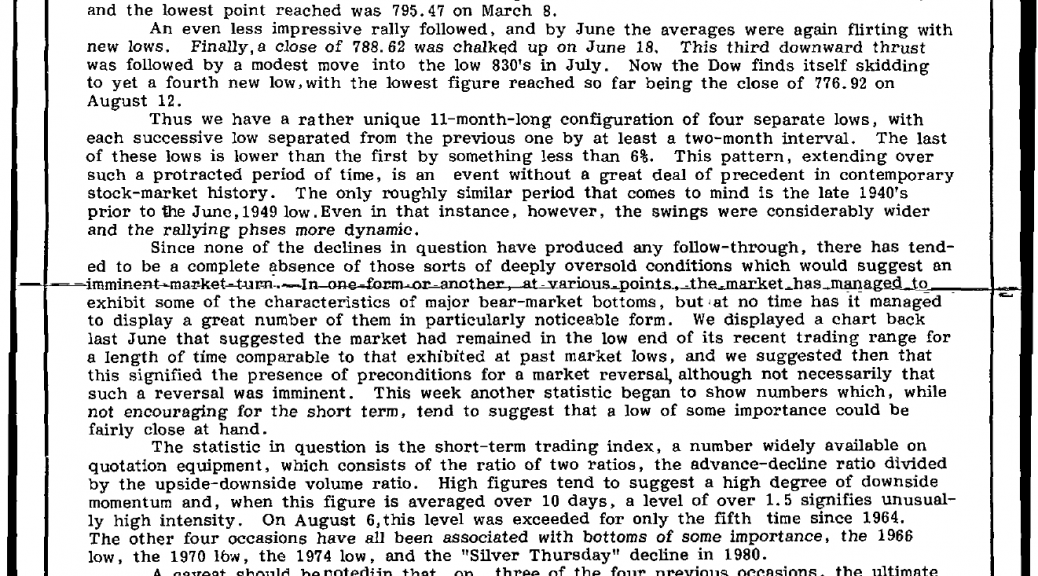 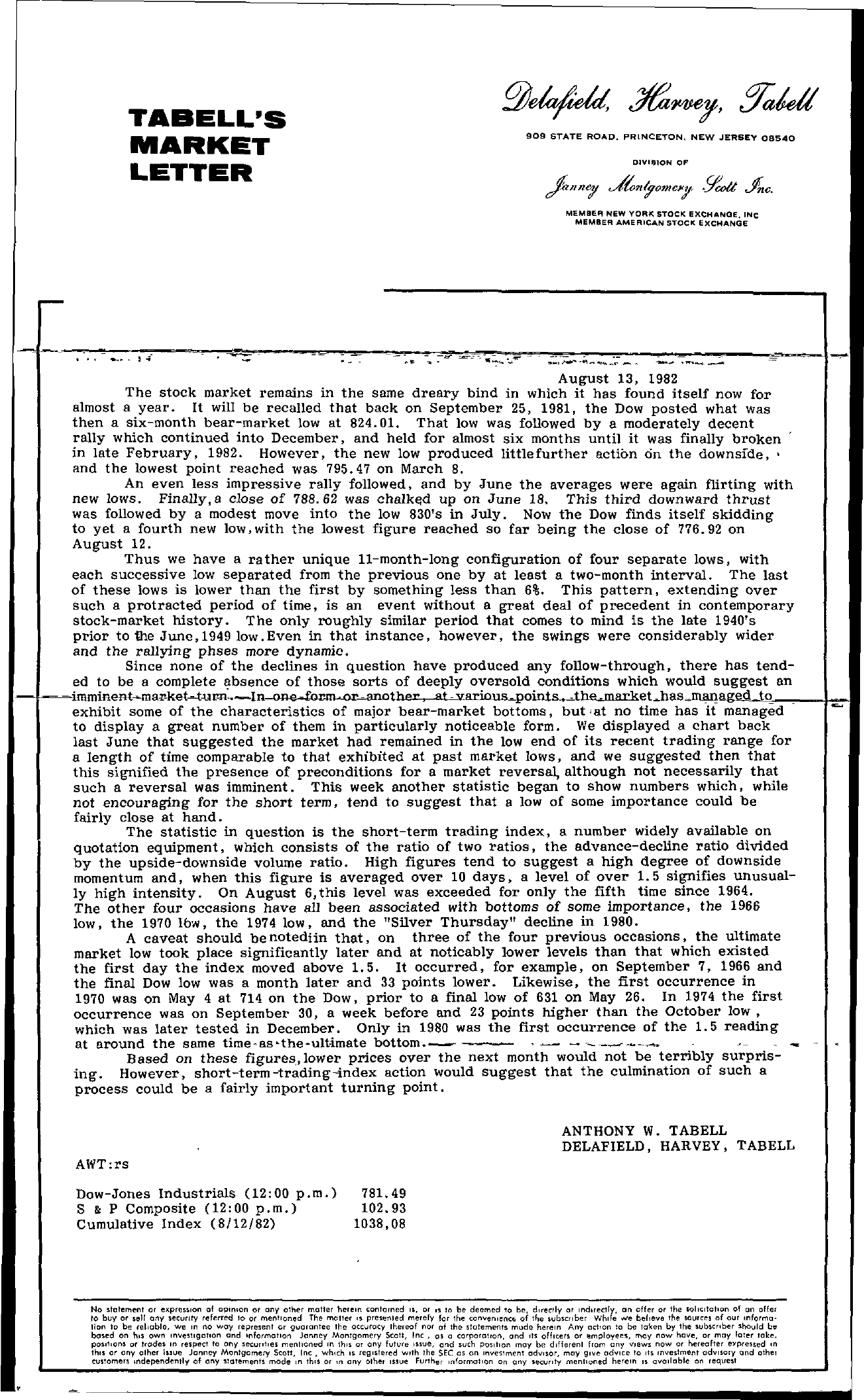 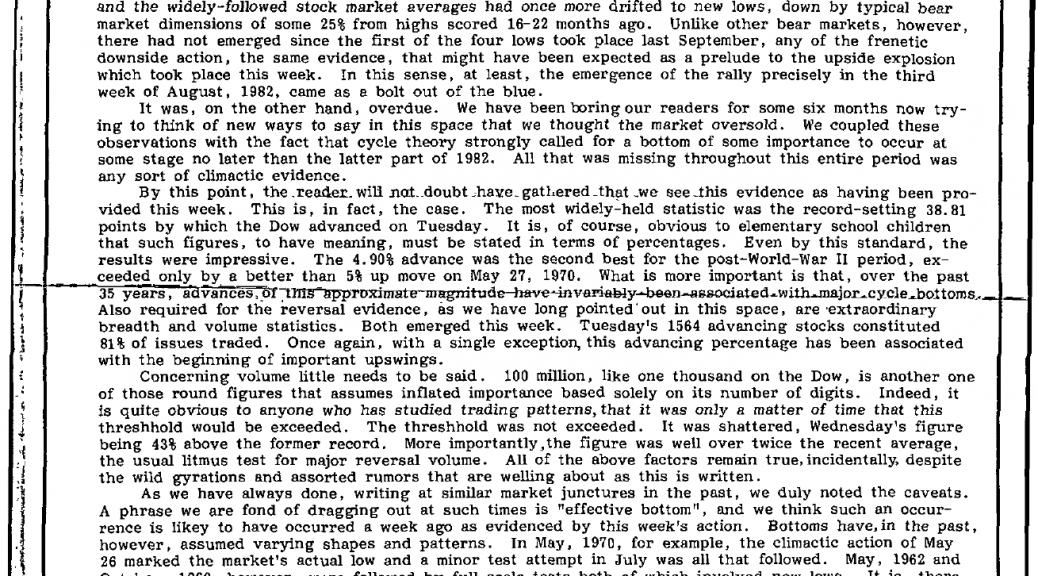 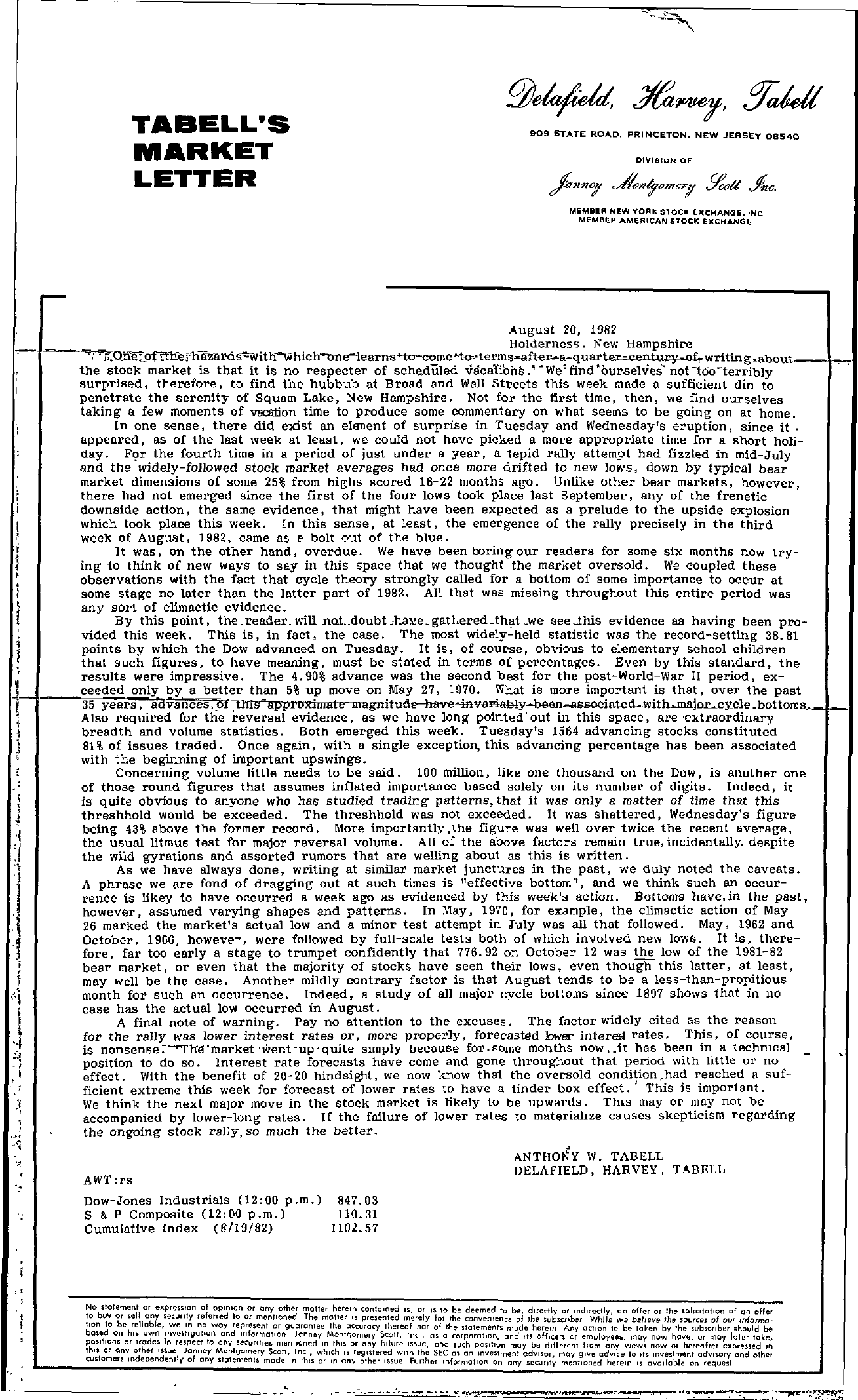 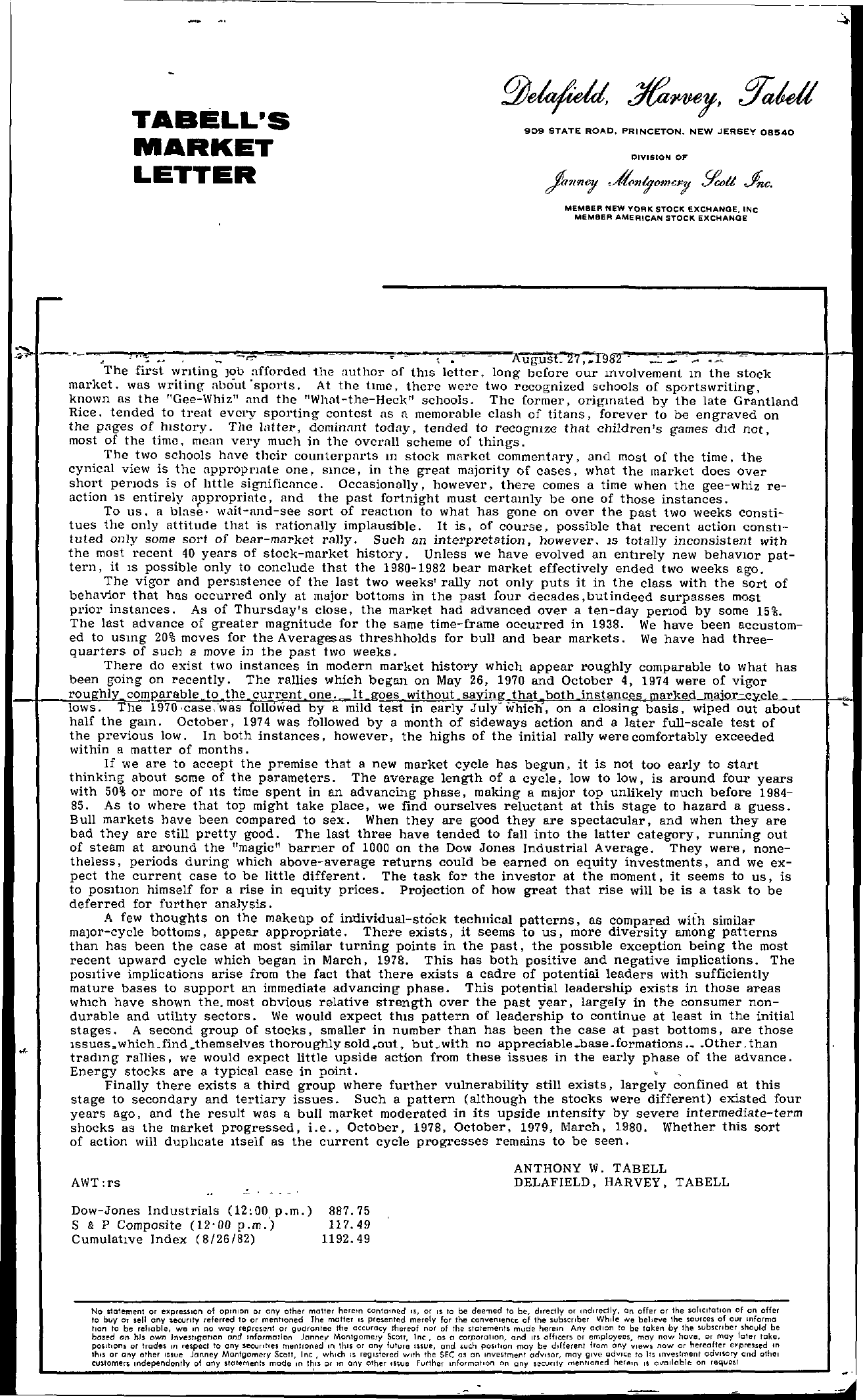