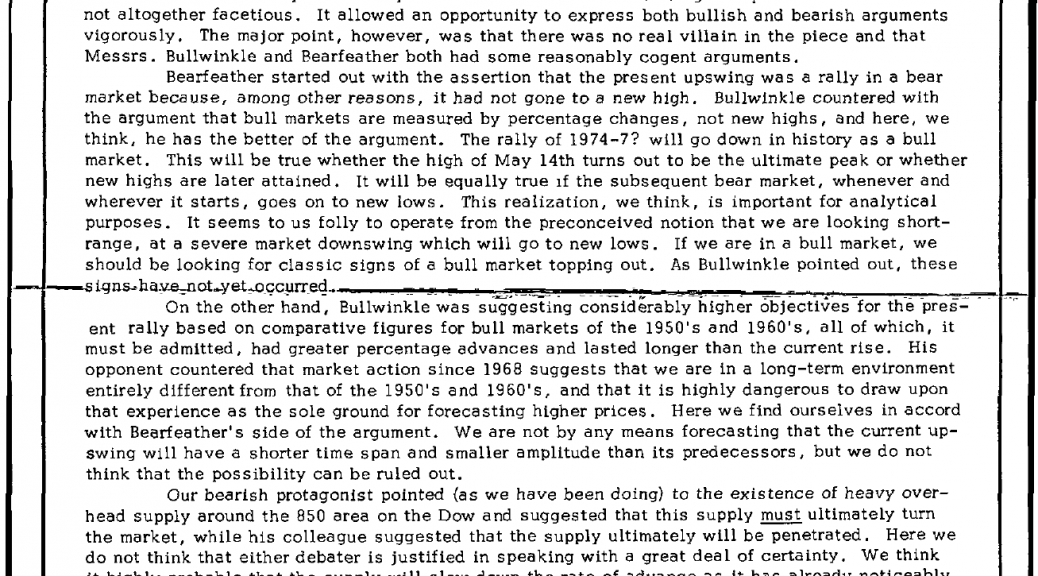 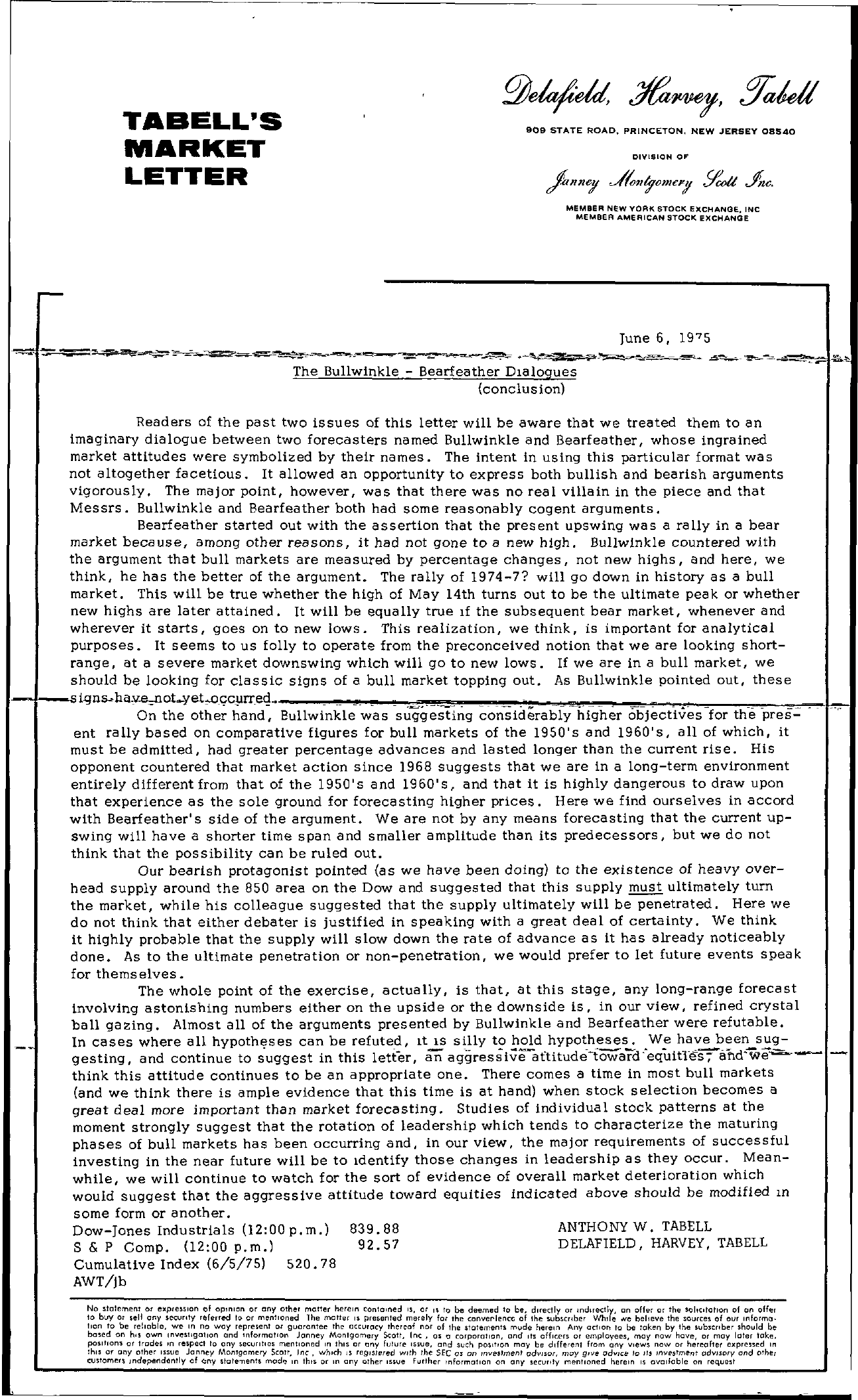 TABELL'S MARKET LETTER 909 STATE ROAD, PRINCETON. NEW JERSEY 08540 DIVISlON OF MEMBER NW VORK STOCK EXCHANGE, INC MEMBER AMERICAN STOCK EXCHANGE June 6, 19 7 5 The Bullwinkle – Bearfeather D1alogues (conclusion) Readers of the past two issues of this letter will be aware that we treated them to an imaginary dialogue between two forecasters named Bullwinkle and Bearfeather, whose ingrained market attitudes were symbolized by their names. The Intent In using this particular format was not altogether facetious. It allowed an opportunity to express both bullish and bearish arguments vigorously. The major pOint, however, was that there was no real villain in the piece and that Messrs. Bullwlnkle and Bearfeather both had some reasonably cogent arguments. Bearfeather started out with the assertion that the present upswing was a rally in a bear market because, among other reasons, it had not gone to a new high. Bullwinkle countered with the argument that bull markets are measured by percentage changes, not new highs, and here, we think, he has the better of the argument. The rally of 1974-7 will go down in history as a bull market. This will be true whether the high of May 14th turns out to be the ultimate peak or whether new highs are later attained. It will be equally true if the subsequent bear market, whenever and wherever it starts, goes on to new lows. This realization, we think, is important for analytical purposes. It seems to us folly to operate from the preconceived notion that we are looking short- range, at a severe market downswing which will go to new lows. If we are in a bull market, we should be looking for classic signs of a bull market topping out. As Bullwlnkle pointed out, these 1–t-igns-ha-vnotyet..oC;C!lrr.ec!.. . … .. . On the other hand, Bullwinkle was stlggestillg onsiderablY higher objectives for the pres- .. ent rally based on comparative figures for bull markets of the 1950's and 1960's, aU of which, it must be admitted, had greater percentage advances and lasted longer than the current rise. His opponent countered that market action since 1968 suggests that we are in a long-term environment entirely different from that of the 1950's and 1960's, and that it is highly dangerous to draw upon that experience as the sole ground for forecasting higher prices. Here we find ourselves in accord with Bearfeather's side of the argument. We are not by any means forecasting that the current up- swing will have a shorter time span and smaller amplitude than its predecessors, but we do not think that the possibility can be ruled out. Our bearish protagonist pointed (as we have been doing) to the existence of heavy over- head supply around the 850 area on the Dow and suggested that this supply must ultimately turn the market, while his colleague suggested that the supply ultimately will be penetrated. Here we do not think that either debater is justified in speaking with a great deal of certainty. We think it highly probable that the supply will slow down the rate of advance as it has already noticeably done. As to the ultimate penetration or non-penetration, we would prefer to let future events speak for themselves. The whole point of the exercise, actually, is that, at this stage, any long-range forecast Involving astonishing numbers either on the upside or the downside is, in our view, refined crystal ball gazing. Almost all of the arguments presented by Bullwinkle and Bearfeather were refutable. -. anIn cases where all hypotheses can be refuted, 1t 1S silly to hold hypotheses. We have been suggesting, and continue to suggest in this letter, aggressi;;eaftitude-GWardequmeS;and'W think this attitude continues to be an appropriate one. There comes a time in most bull markets (and we think there is ample evidence that this time is at hand) when stock selection becomes a great deal more important than market forecasting. Studies of individua I stock patterns at the moment strongly suggest that the rotation of leadership which tends to characterize the maturing phases of bull markets has been occurring and, in our view, the major requirements of successful investing in the near future will be to 1dentify those changes in leadership as they occur. Mean- while, we will continue to watch for the sort of evidence of overall market deterioration which would suggest that the aggressive attitude toward equities indicated above should be modified In some form or another. Dow-Jones Industrials (1200 p.m.) S & P Compo (1200 p.m.) 839.88 92.57 ANTHONY W. TABELL DELAFIELD, HARVEY, TAB ELL Cumulative Index (6/5/75) 520.78 AWT/jb No statement or epfesslon of opinion or ony other matter herein contained IS, or 1 to be deemed to be, directly or indirectly. on offer or the soitcltatlon of on offer to buy at sell ony sec…. rlty referred 10 or menlloned The molter IS presented merely for the converlena; of the subscrIber While we believe the sOurces of our Inform!; lion to be reliable, we In no way represent ar guarantee the accuracy thereof nor of the statements mude herein Any actiOn to be taken by the subscnber should be based on h.s awn Inveshgatlon and Information Janney Montgomery Xott, Inc, as 0 corporation, and Its offICers or employees, may now have, or may loter loke, positions or trades In respcct to any securltlcs mentioned In thiS or ony future Issue, and such pas It Ion may be different from any VICWS now or hereafter cxpressed In thiS or any other ISSUC Janney Montgomery SCOIt, Jnc, whJCh JS relslered wllh Ihe SEC as an Investment adVisor, moy g,ve adVICe 10 115 investment adVisory and othe, customers Independently of ony state11ents mode In thiS or In any other Issue further Information on any secunty mentioned herein IS available on request 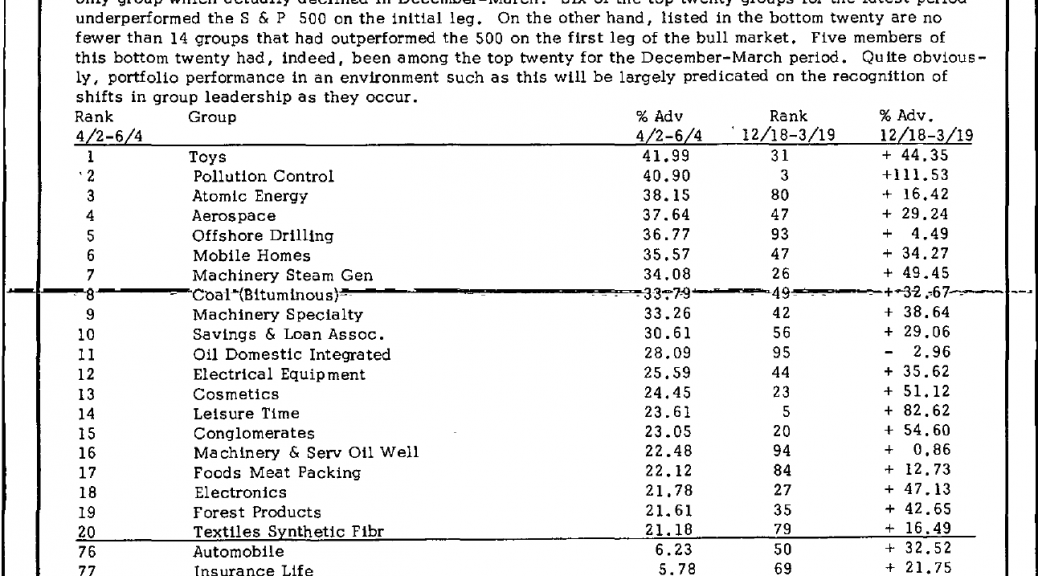 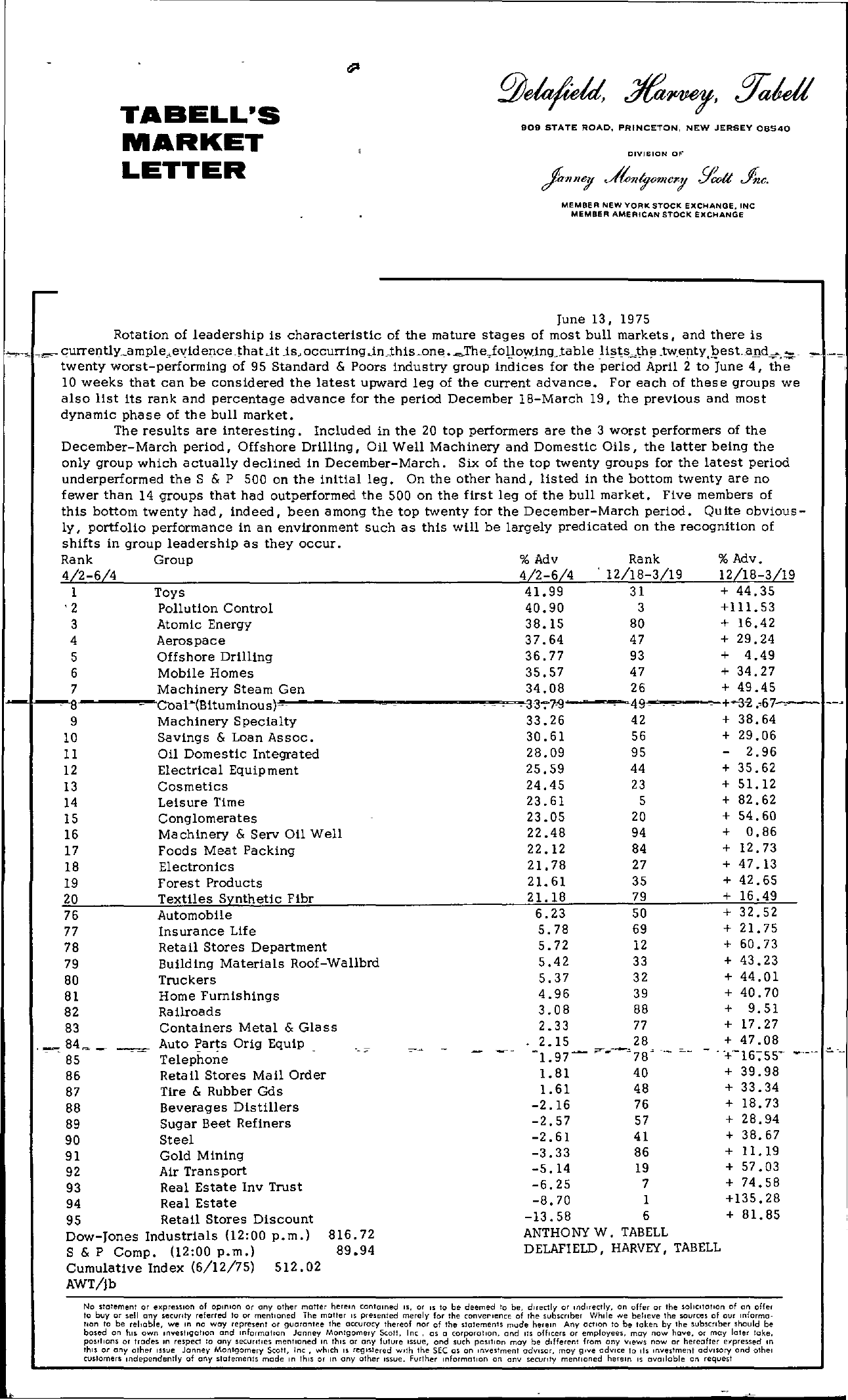 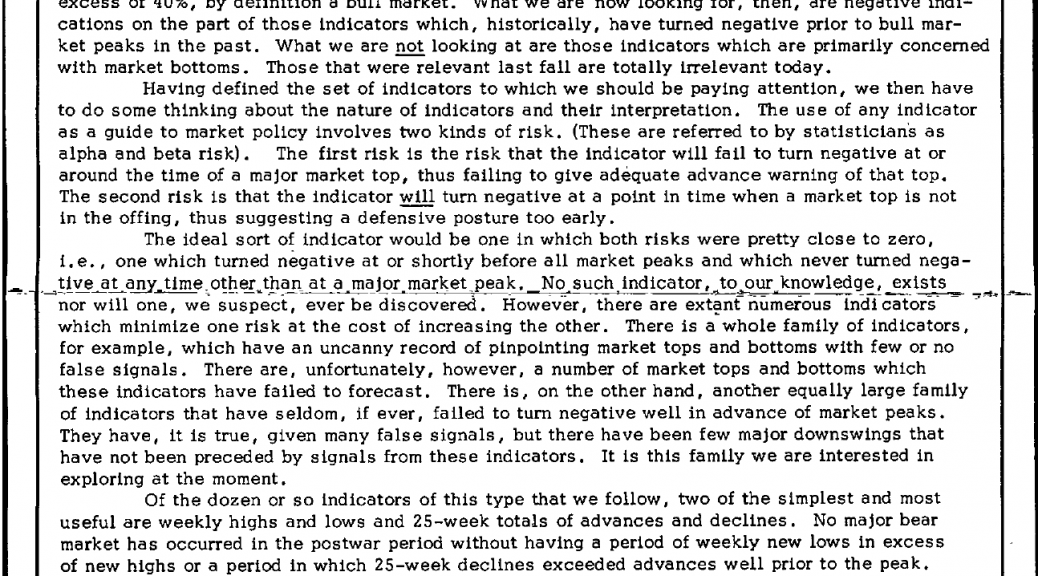 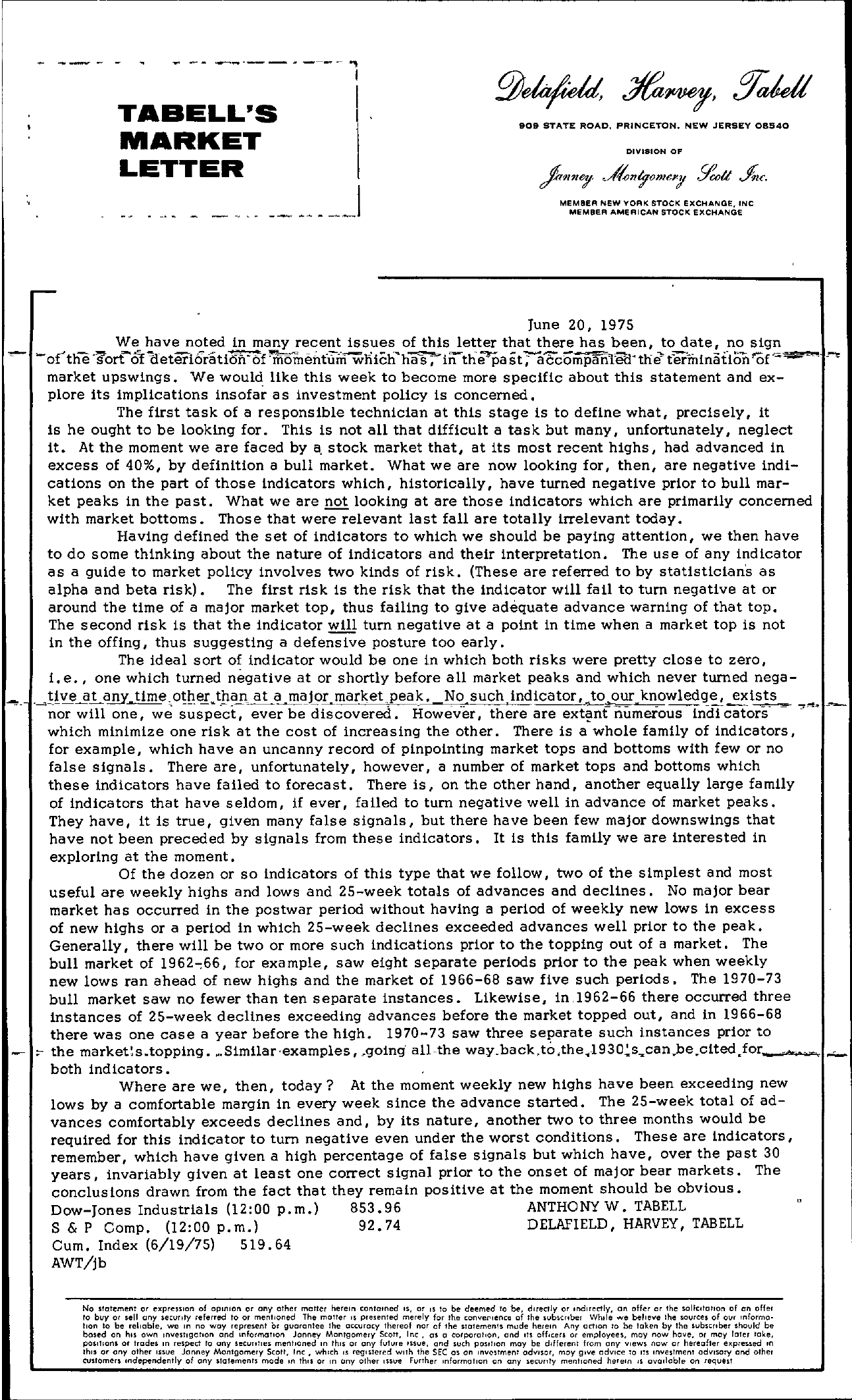 -. . —-., I TABELL'S MARKET LETTER . .. – – -,. – .. –j 909 STATE ROAD, PRINCETON. NEW JERSEY 08540 DIVISION OF MEMBER New VORK STOCK eXCHANGE, INC MEMBER AMERICA.N STOCK EXCHANGE June 20, 1975 We have noted in many recent issues of this letter that there has been, to date, no sign -0(the'orCof1ieter16rati6fl'6fillomehtumwnichhils;–inth7past;accbmpai11etlthe-ferminaiion'Ofc- ., market upswings. We would like this week to become more specific about this statement and ex- plore its implications insofar a s investment policy is concerned. The first task of a responsible technician at this stage is to define what, precisely, it is he ought to be looking for. This is not all that difficult a task but many, unfortunately, neglect it. At the moment we are faced by a, stock market that, at its most recent highs, had advanced in excess of 40, by definition a bull market. What we are now looking for, then, are negative indi- cations on the part of those indicators which, historically, have turned negative prior to bull mar- ket peaks in the past. What we are not looking at are those indicators which are primarily concerned with market bottoms. Those that were relevant last fall are totally irrelevant today. Having defined the set of indicators to which we should be paying attention, we then have to do some thinking about the nature of indicators and their interpretation. The use of any indicator as a guide to market policy involves two kinds of risk. (These are referred to by statistician's as alpha and beta risk). The first risk is the risk that the indicator will fail to tum negative at or around the time of a major market top, thus failing to give adequate advance warning of that top. The second risk is that the indicator will tum negative at a point in time when a market top is not in the offing, thus suggesting a defensive posture too early. The ideal sort of indicator would be one in which both risks were pretty close to zero, i.e., one which turned negative at or shortly before all market peaks and which never turned nega- ,!!ve..il.Lamr timey!!l.tJ!il!lat iUll.ajor marketcpeak. No. such Indlcator,.t0..s. knowledg.ls.ts ,.. nor will one, we suspect, ever be discovered. However, there are extnt numerous indicators . which minimize one risk at the cost of increasing the other. There is a whole family of indicators, for example, which have an uncanny record of pinpointing market tops and bottoms with few or no false signals. There are, unfortunately, however, a number of market tops and bottoms which these indicators have failed to forecast. There is, on the other hand, another equally large family of indicators that have seldom, if ever, failed to tum negative well in advance of market peaks. They have, it is true, given many false signals, but there have been few major downswings that have not been preceded by signals from these indicators. It Is this family we are interested in exploring at the moment. Of the dozen or so indicators of this type that we follow, two of the simplest and most useful are weekly highs and lows and 25-week totals of advances and declines. No major bear market has occurred in the postwar period without having a period of weekly new lows in excess of new highs or a period in which 25-week declines exceeded advances well prior to the peak. Generally, there will be two or more such indications prior to the topping out of a market. The bull market of 1962-,66, for example, saw eight separate periods prior to the peak when weekly new lows ran ahead of new highs and the market of 1966-68 saw five such periods. The 1970-73 bull market saw no fewer than ten separate instances. Likewise, in, 1962-66 there occurred three instances of 25-week declines exceeding advances before the market topped out, and in 1966-68 there was one case a year before the high. 1970-73 saw three separate such instances prior to — the market!s.topping. Simllar,examples, ,going' all-the way.back,to .the.-l930scan.be.cited.for. , ''- both indicators. Where are we, then, today At the moment weekly new highs have been exceeding new lows by a comfortable margin in every week since the advance started. The 25-week total of ad- vances comfortably exceeds declines and, by its nature, another two to three months would be required for this indicator to tum negative even under the worst conditions. These are indicators, remember, which have given a high percentage of false signals but which have, over the past 30 years, invariably given at least one correct signal prior to the onset of major bear markets. The conclusions drawn from the fact that they remain positive at the moment should be obvious. Dow-Jones Industrials (1200 p.m.) 853.96 ANTHONYW. TABELL S & P Compo (1200 p.m.) 92.74 DELAFIELD, HARVEY, TABELL Cum. Index (6/19/75) 519.64 AWT/jb No slatement or expreSSion of opInion or any olner motler herein contained IS, or IS 10 be deemed 10 be, directly or indirectly, an offer or the OIlCllotlon of on offer or10 bvy Of sell any security referred 10 or mentioned The molter 1 presented merely for tha converlenc of Iha subscriber While a believe Ihe sources of out informa- tion to be reliable, we In no woy represent guorontee Ihe accuracy thereof nor of fhe slotements mude heleln Any aellan to be token by the subscnber should be based on hn own Investlgohon and Informatlofl Jaflfley MOfltgomery Scott, Inc, as a corporatlOfl, afld Its offICers or employees, may flOW hove, or may later toke, POSllIOflS or trades In respect 10 any securities mentioned In thiS or afly future ISSUe, ond such POStllOfl may be different from any views now or hereofter expressed Ifl Ih., or Ofly other Issue JOflney Montgomery Scott, tflC, which IS registered With the SEC as on Investmefll adVisor, moy give adVice to lIS Iflvestment odvlsory ond other customers Independently of any statements mode Ifl thIS or In ony olher Issue Further information on Ofly security mentioned herein IS ovollable on request 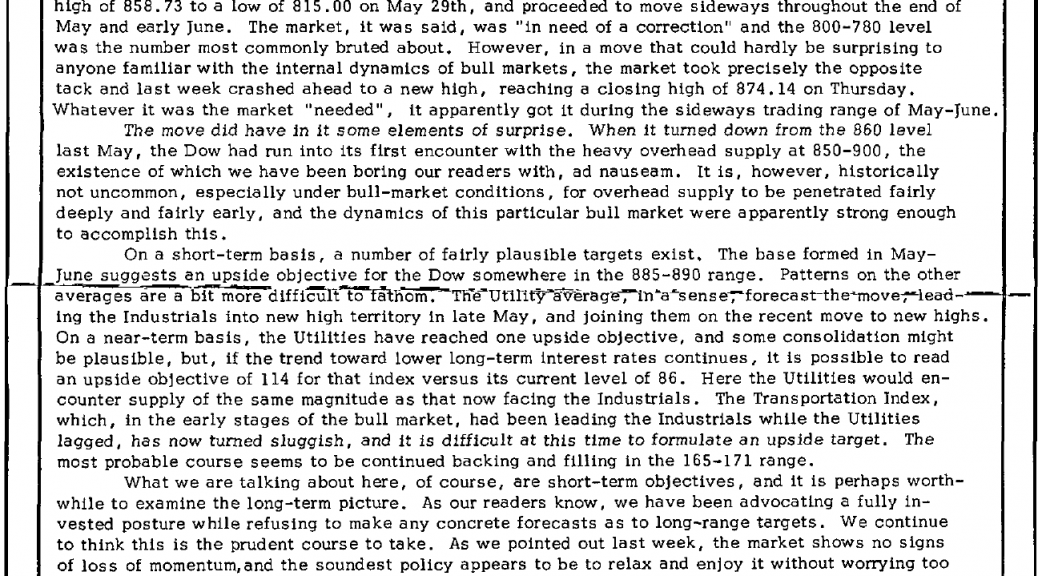 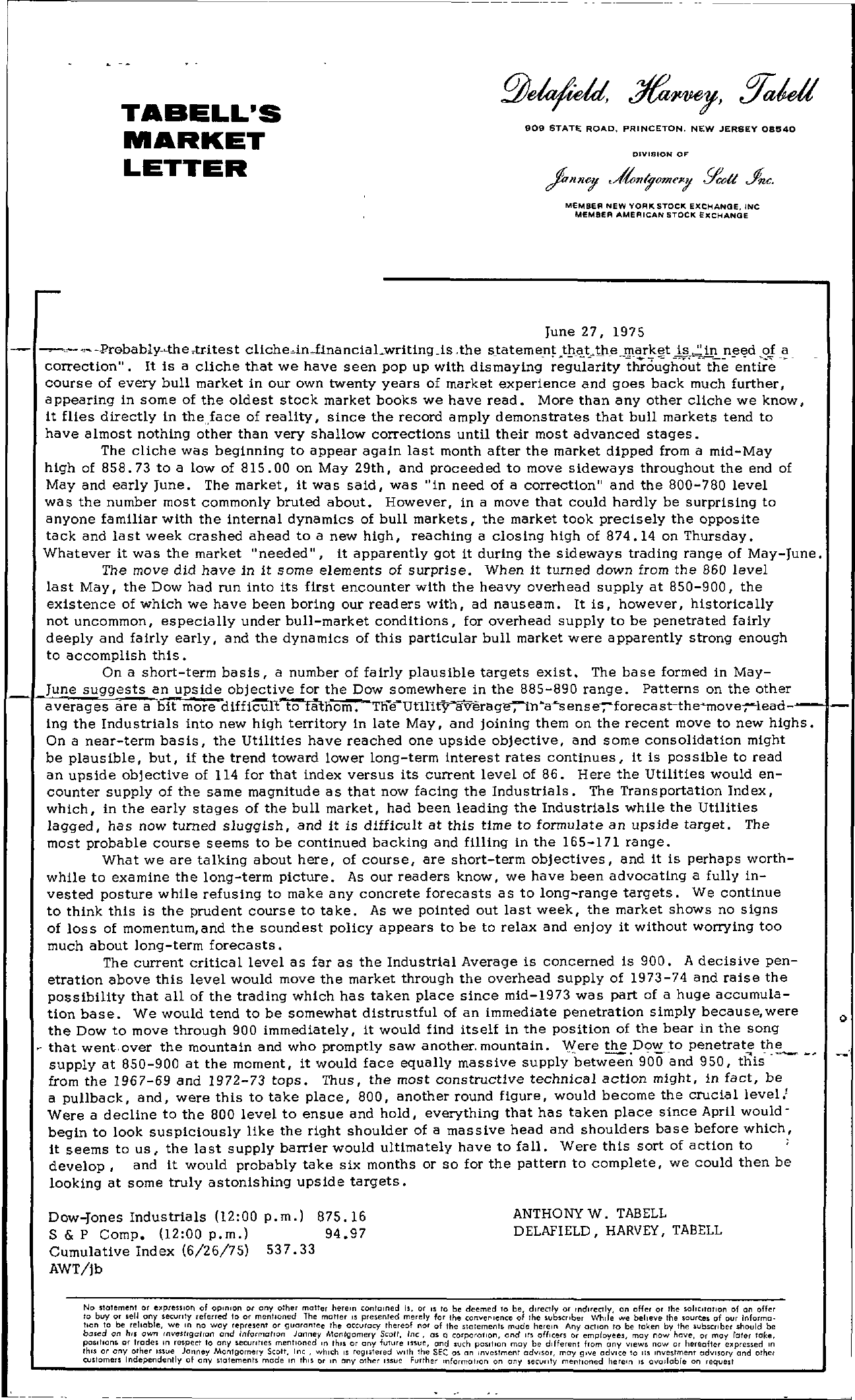