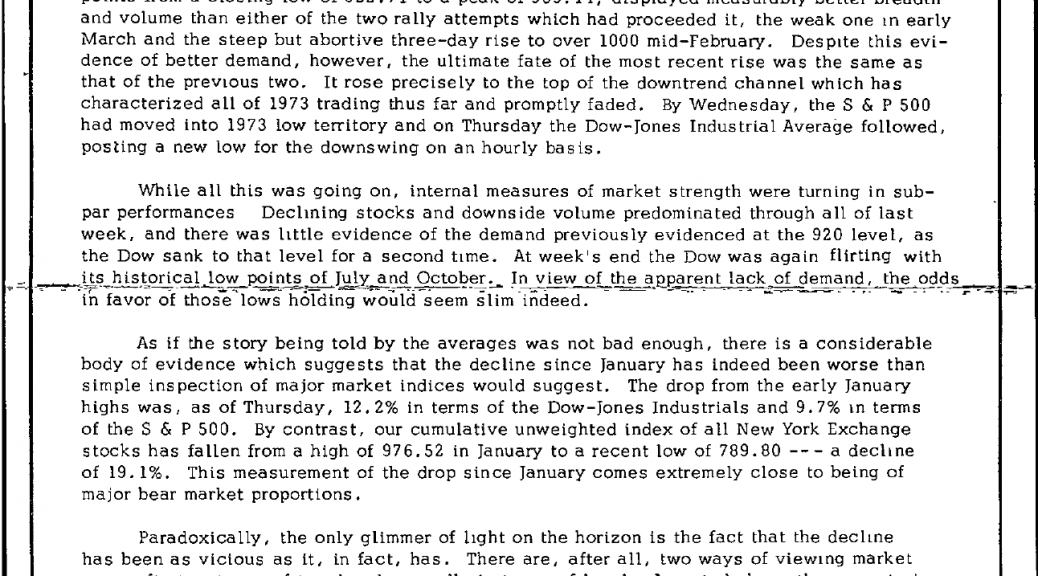 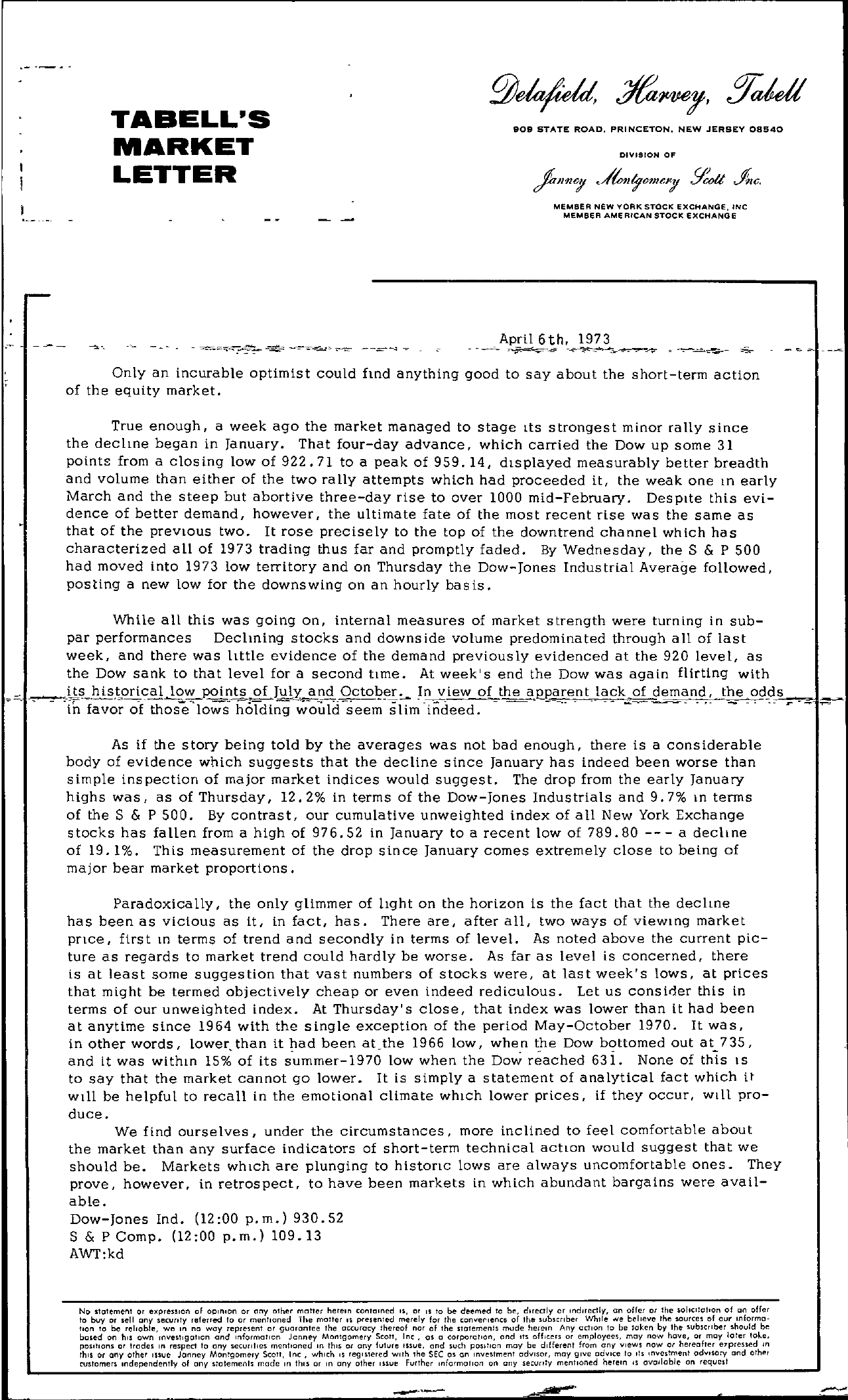 TABELL'S MARKET LETTER 909 STATE ROAD, PRINCETON, NEW JERSEY 08540 DIVISION OF MEMBER NEW VORK STOCK EXCHANGE, INC MEMBER AMERICAN STOCK EXCHANGe .- – April 6th. 1973 – – – – ;; – – — -.– – Only an incurable optimist could fmd anything good to say about the short-term action of the equity market. True enough, a week ago the market managed to stage Its strongest minor rally since the dechne began in January. That four-day advance, which carried the Dow up some 31 pOints from a closing low of 922.71 to a peak of 959.14, dIsplayed measurably better breadth and volume than either of the two rally attempts which had proceeded it, the weak one In early March and the steep but abortive three-day rise to over 1000 mid-February. DespIte this evidence of better demand, however, the ultimate fate of the most recent rise was the same as that of the prevIOus two. It rose precisely to the top of the downtrend channel which has characterized all of 1973 trading thus far and promptly faded. By Wednesday, the S & P 500 had moved into 1973 low territory and on Thursday the Dow-Jones Industrial Average followed, posting a new low for the downswing on an hourly bas is. While all this was going on. internal measures of market strength were turning in sub- par performances Declining stocks and downside volume predominated through all of last week. and there was little evidence of the demand previously evidenced at the 920 level. as the Dow sank to that level for a second tIme. At week's end the Dow was again flirting with its historical low pOints of July and October. In view of the aPl'arent lack of demand. the odds — .. — -…-;'–T—-''''' —- —………..,,—-.——-;—— L ,. -. r – ….. – in favor of those lows holding would seem slim indeed. As if the story being told by the averages was not bad enough, there is a conSiderable body of evidence which suggests that the decline since January has indeed been worse than simple inspection of major market indices would suggest. The drop from the early January highs was, as of Thursday, 12.2 in terms of the Dow-jones Industrials and 9.7 In terms of the S & P 500. By contrast. our cumulative unweighted index of all New York Exchange stocks has fallen from a high of 976.52 in january to a recent low of 789.80 — a decline of 19.1. This measurement of the drop since january comes extremely close to being of major bear market proportions. Paradoxically, the only glimmer of light on the horizon is the fact that the dechne has been as vicious as it, in fact, has. There are, after all, two ways of vieWIng market pnce, firs t In terms of trend and secondly in terms of level. As noted above the current picture as regards to market trend could hardly be worse. As far as level is concerned, there is at least some suggestion that vast numbers of stocks were, at last week's lows, at prices that might be termed objectively cheap or even indeed rediculous. Let us consider this in terms of our unweighted index. At Thursday's close, that index was lower than it had been at anytime since 1964 with the single exception of the period May-October 1970. It was, in other words, lower than it had been at the 1966 low, when the Dow bottomed out at 735, and it was withIn 15 of its s'ummer-1970 low when the Dow reached 63i. None of this IS to say that the market cannot go lower. It is simply a statement of analytical fact which it WIll be helpful to recall in the emotional climate whIch lower prices, if they occur, WIll produce. We find ourselves, under the circumstances, more inclined to feel comfortable about the market than any surface indicators of short-term technical actIOn would suggest that we should be. Markets whIch are plunging to histonc lows are always uncomfortable ones. They prove, however, in retrospect, to have been markets in which abundant bargains were available. Dow-jones Ind. (1200 p.m.) 930.52 S & P Compo (1200 p.m.) 109.13 AWTkd No slolemcn! or expression of oOlnlOn or ony other matler herem tonlcllned '5, or IS 10 be deemed 10 be, directly or indirectly, on offer or Ihe 5011(101001'1 of on offer to buy or sell any secvnly referred 10 or mentioned lAe motter IS pre5ented merely for the convelIenC5 of the subscriber While He believe the sources of our Informalion to be reliable, we In no way represent or guarantee the accuracy thereof nor of the statements mude herein Any action to be token by the subSCriber should be based on hiS own Invesllgol1on and information Janney Montgomery ScoII, Inc, as a corporation, and Its officers or employees, may now have, or may later tole, POSitions or trades In respect to any seCUrities mentioned In thiS or any future Issue, and such pOSition may be different from any views now or hereafter erpressed In thiS or any other lSue Janney Montgomery Scoll, Inc, which IS reg,stered w,th the SEC as on Investment adVisor, moy give adVice to Its ,nvestment adVISOry and other rustomers Independently of any satements mode In thiS or In any other Issue Further mformatlon on any security menhoned herein IS available on request 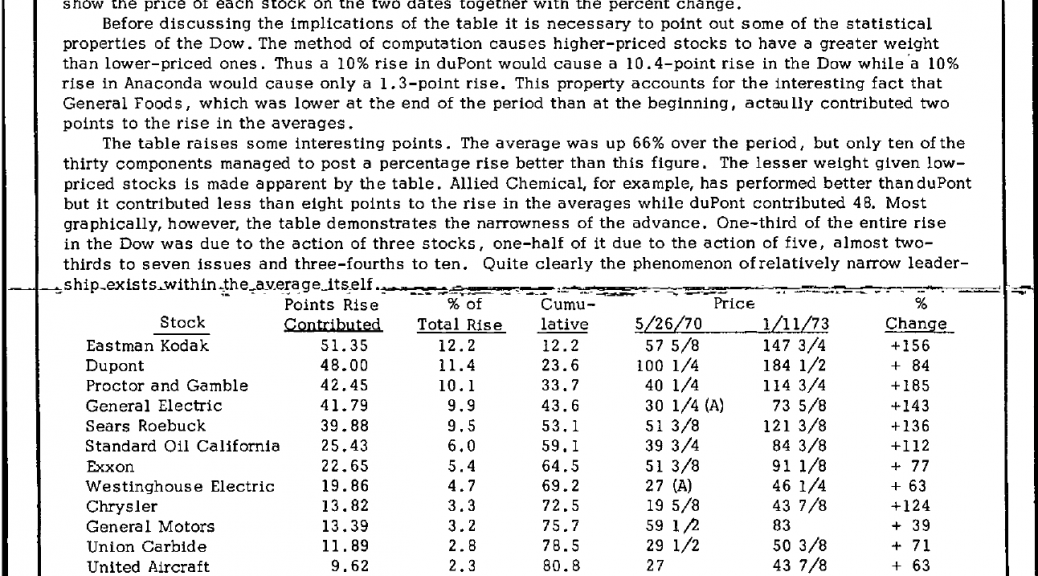 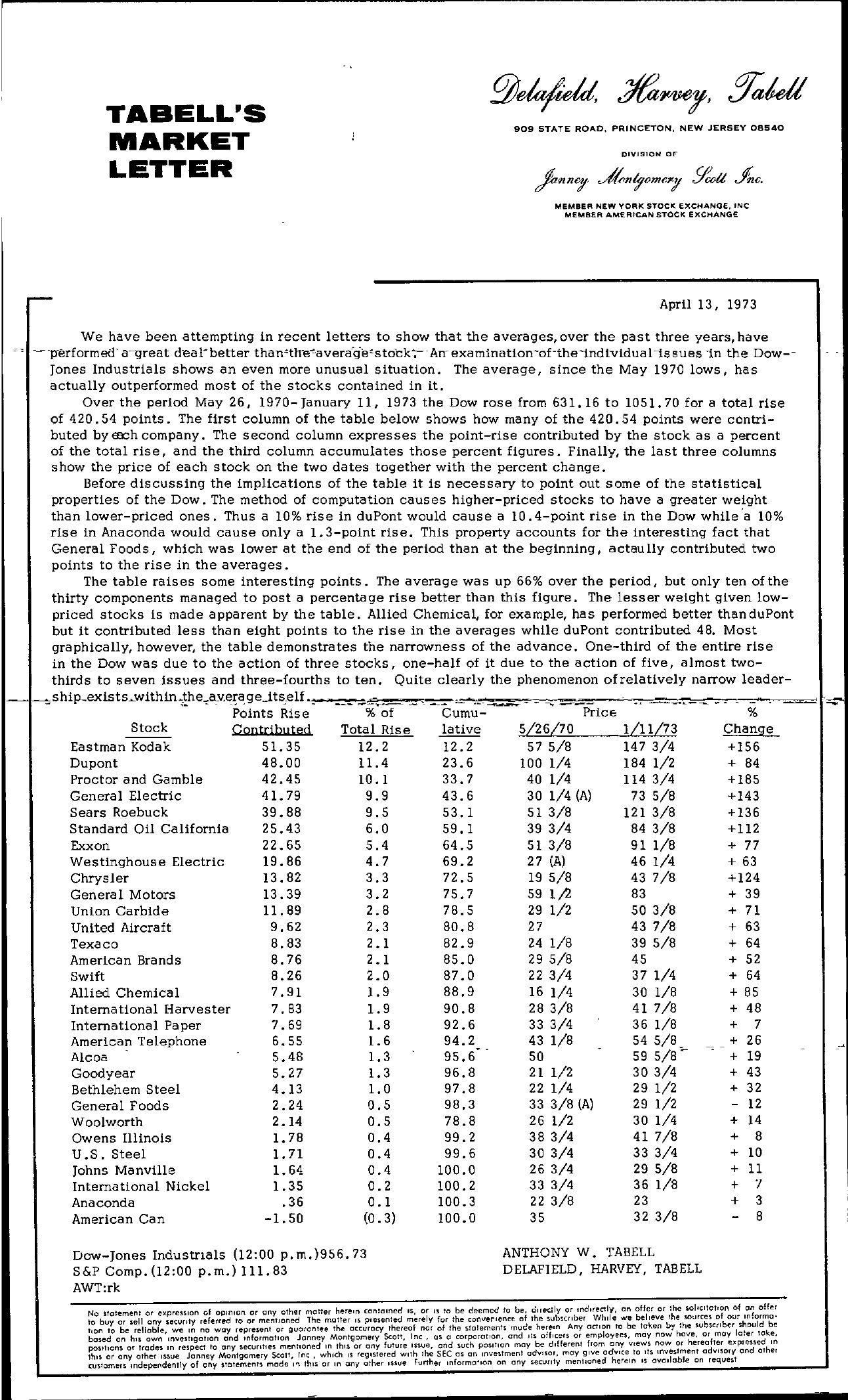 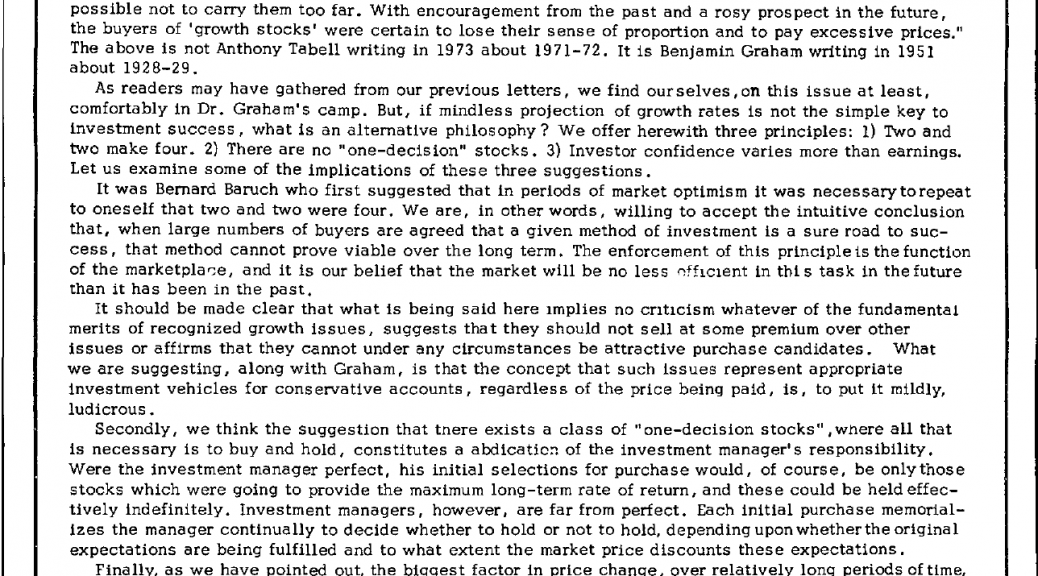 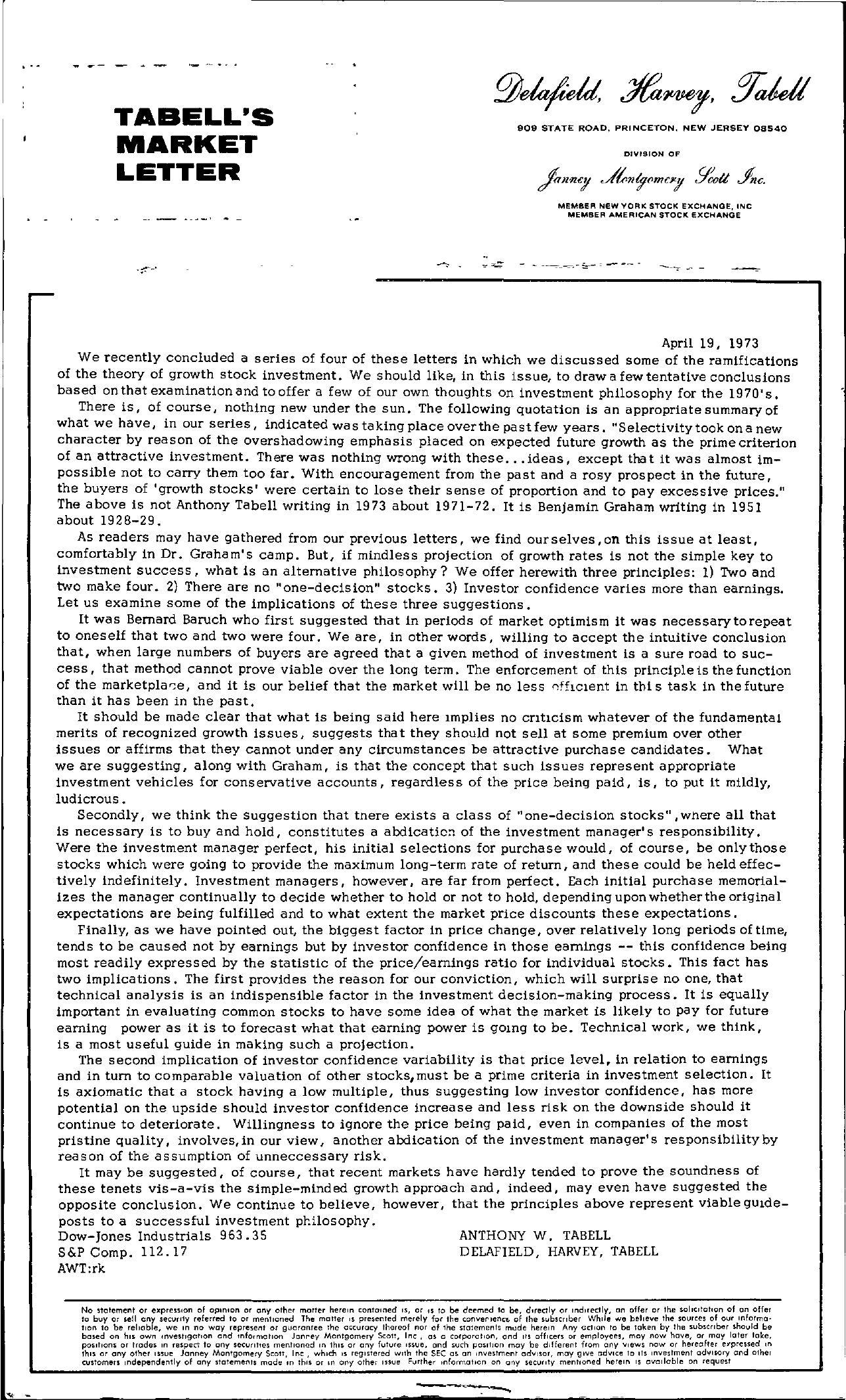 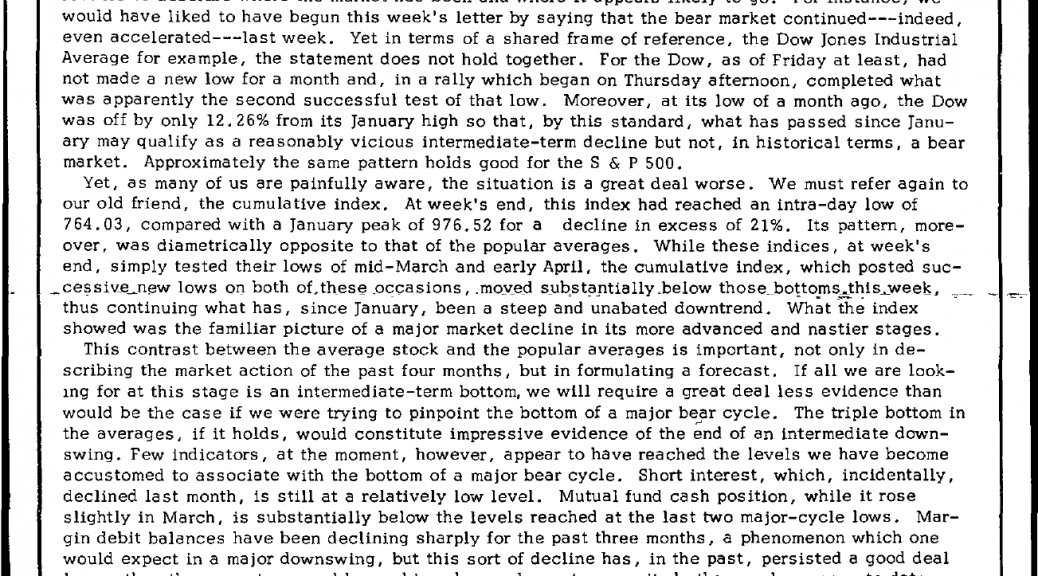 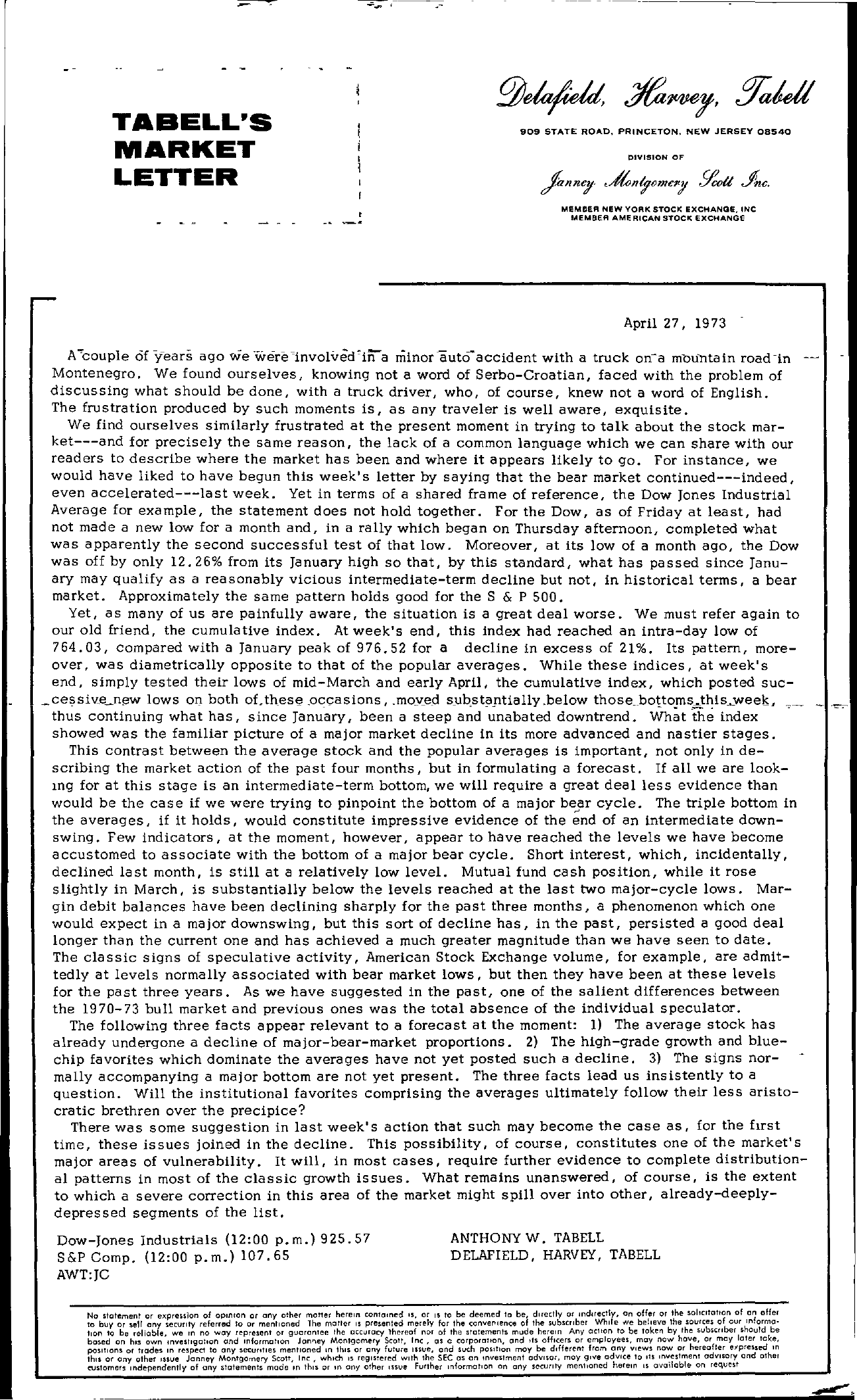