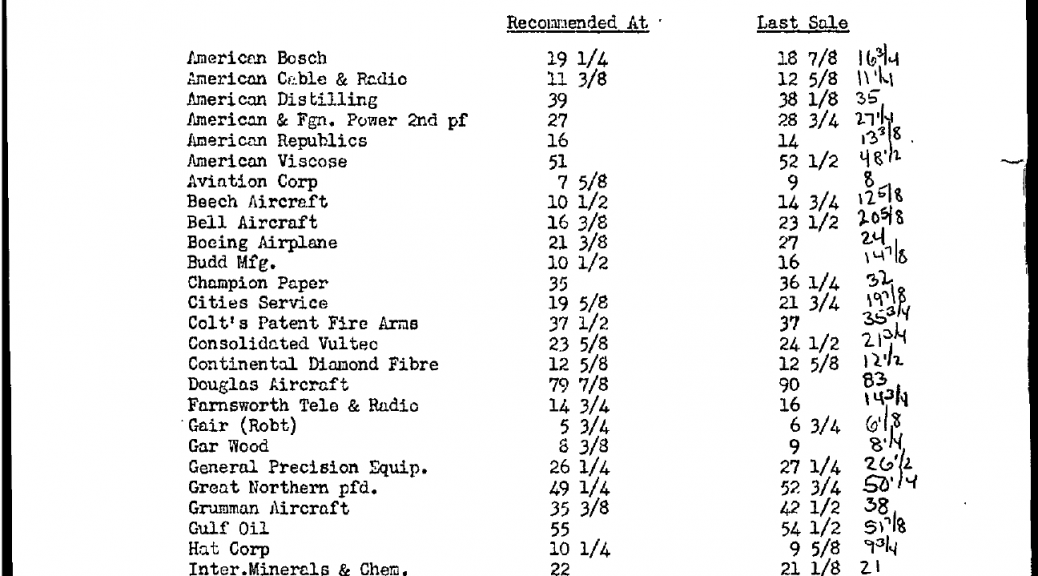 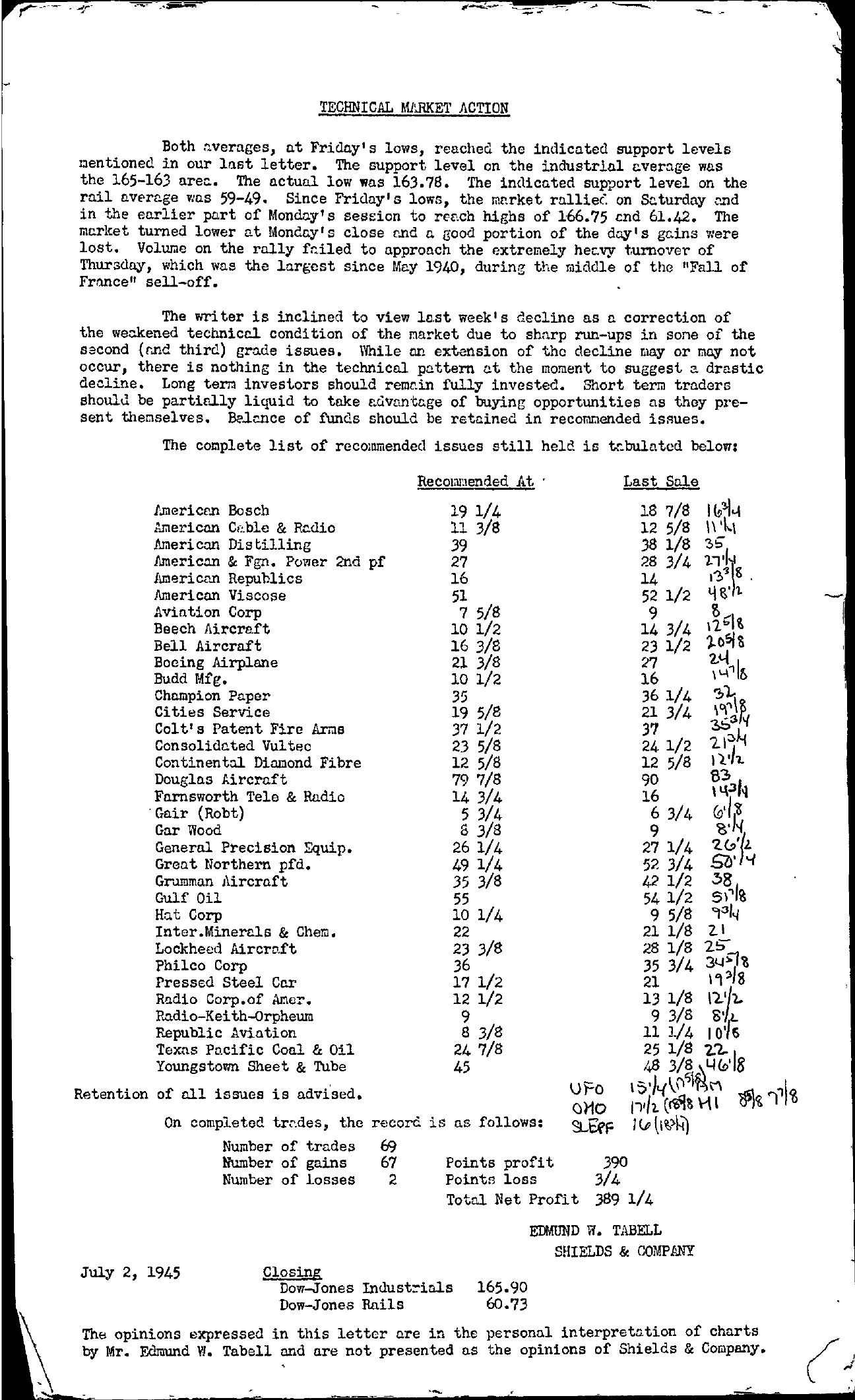 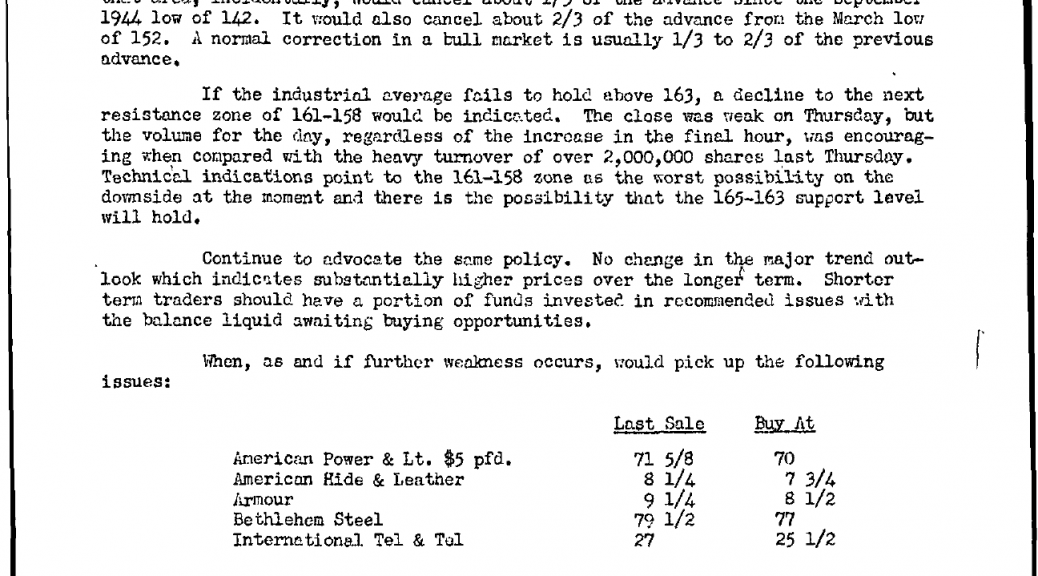 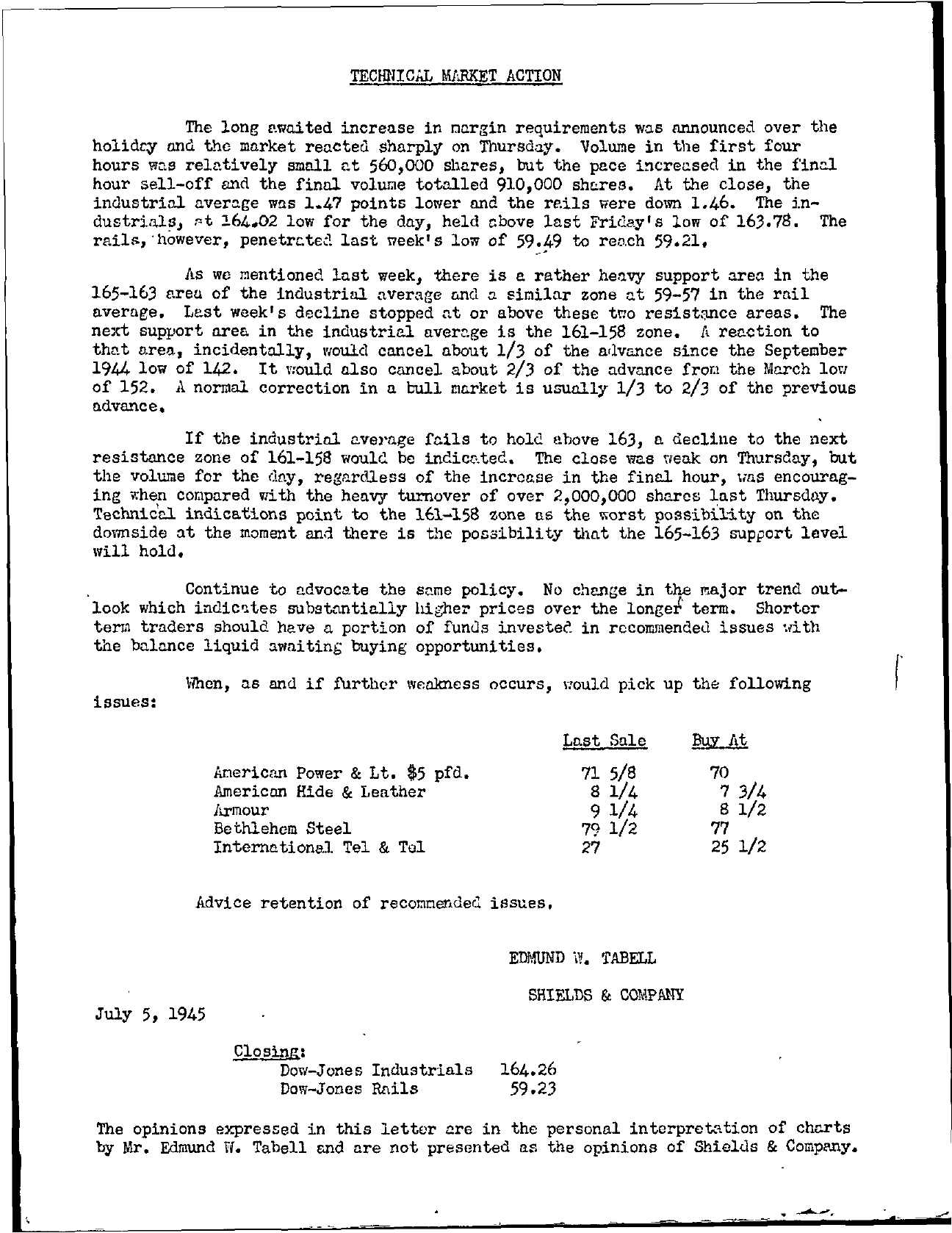 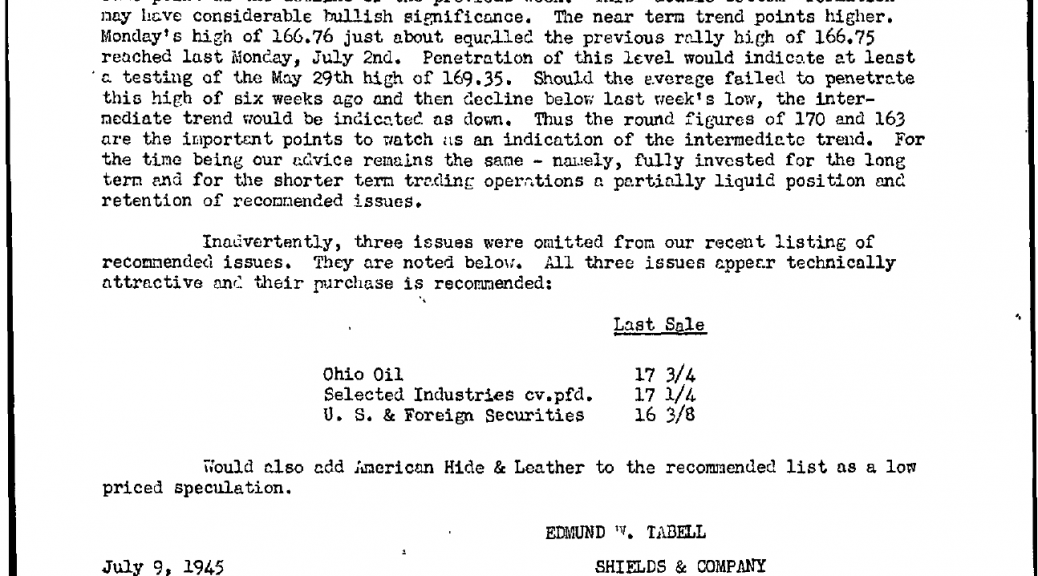 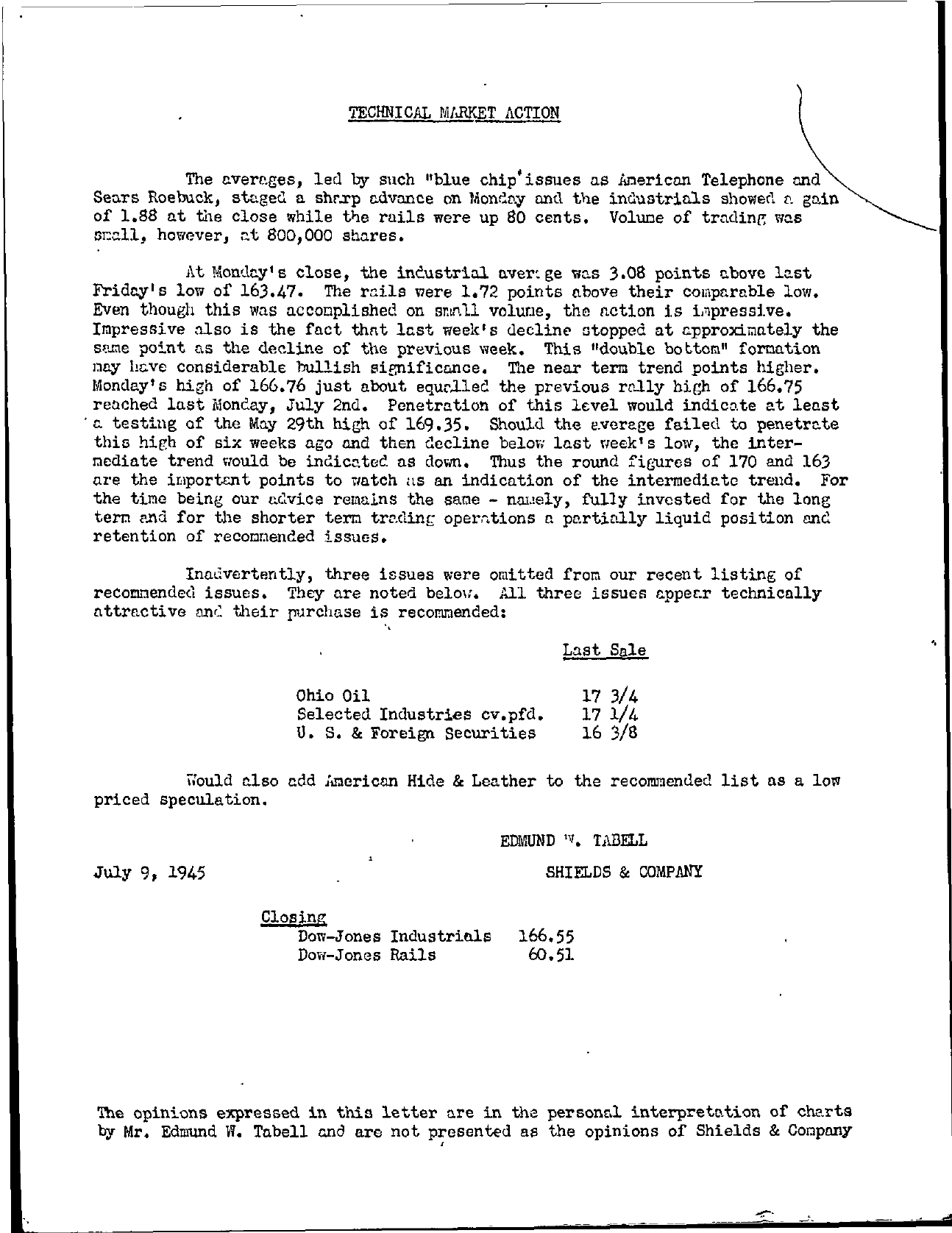 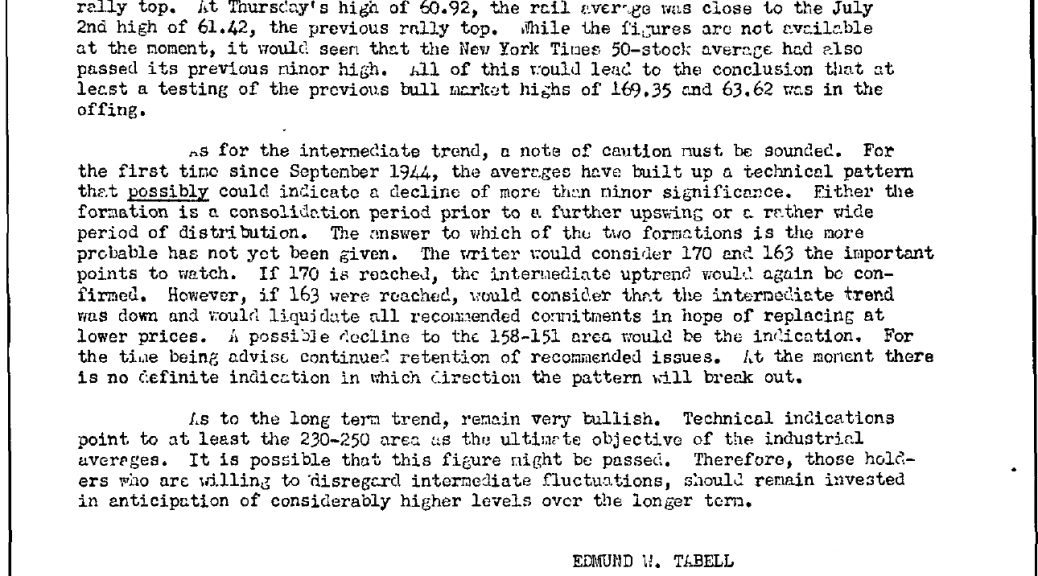 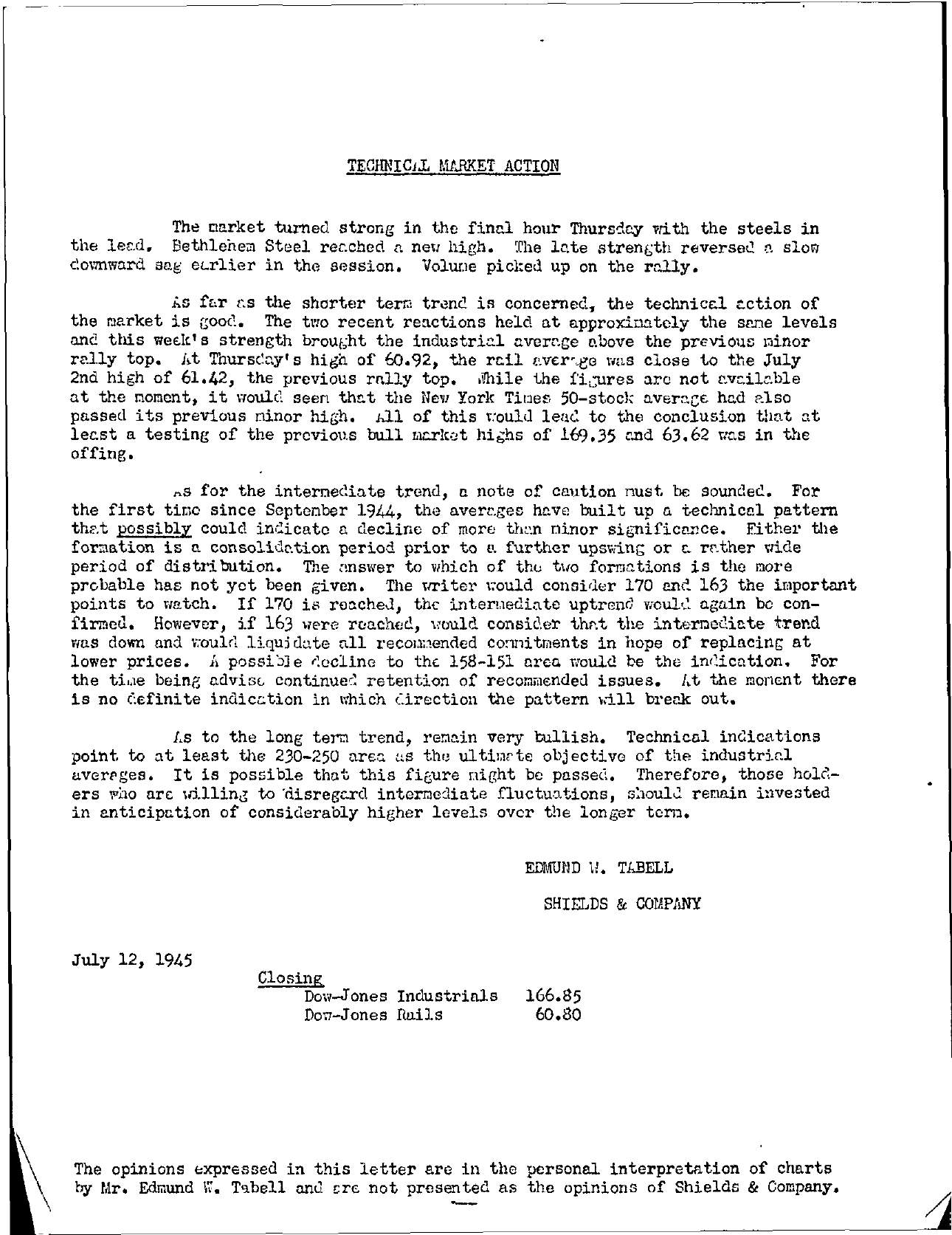 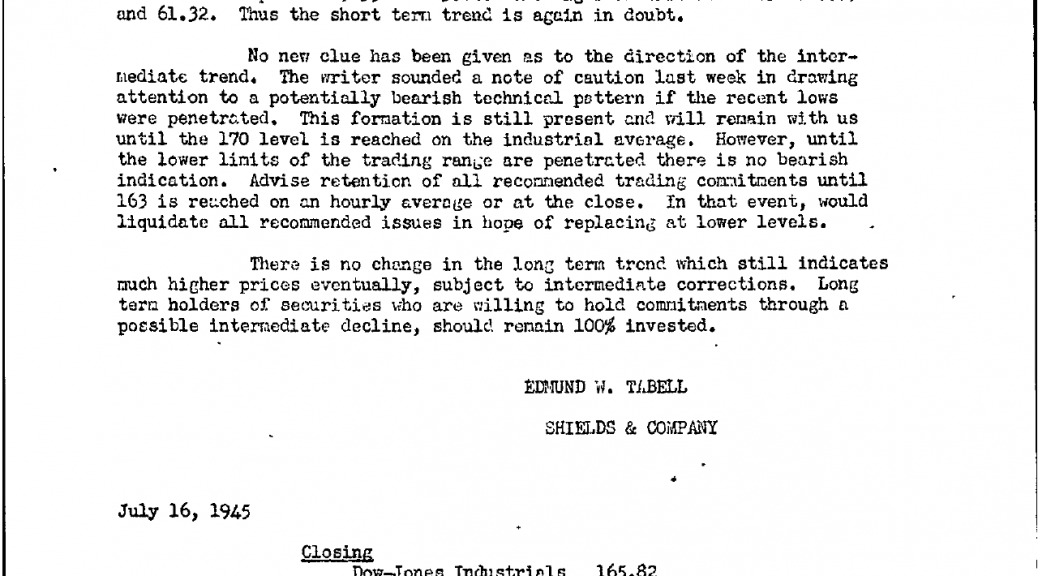 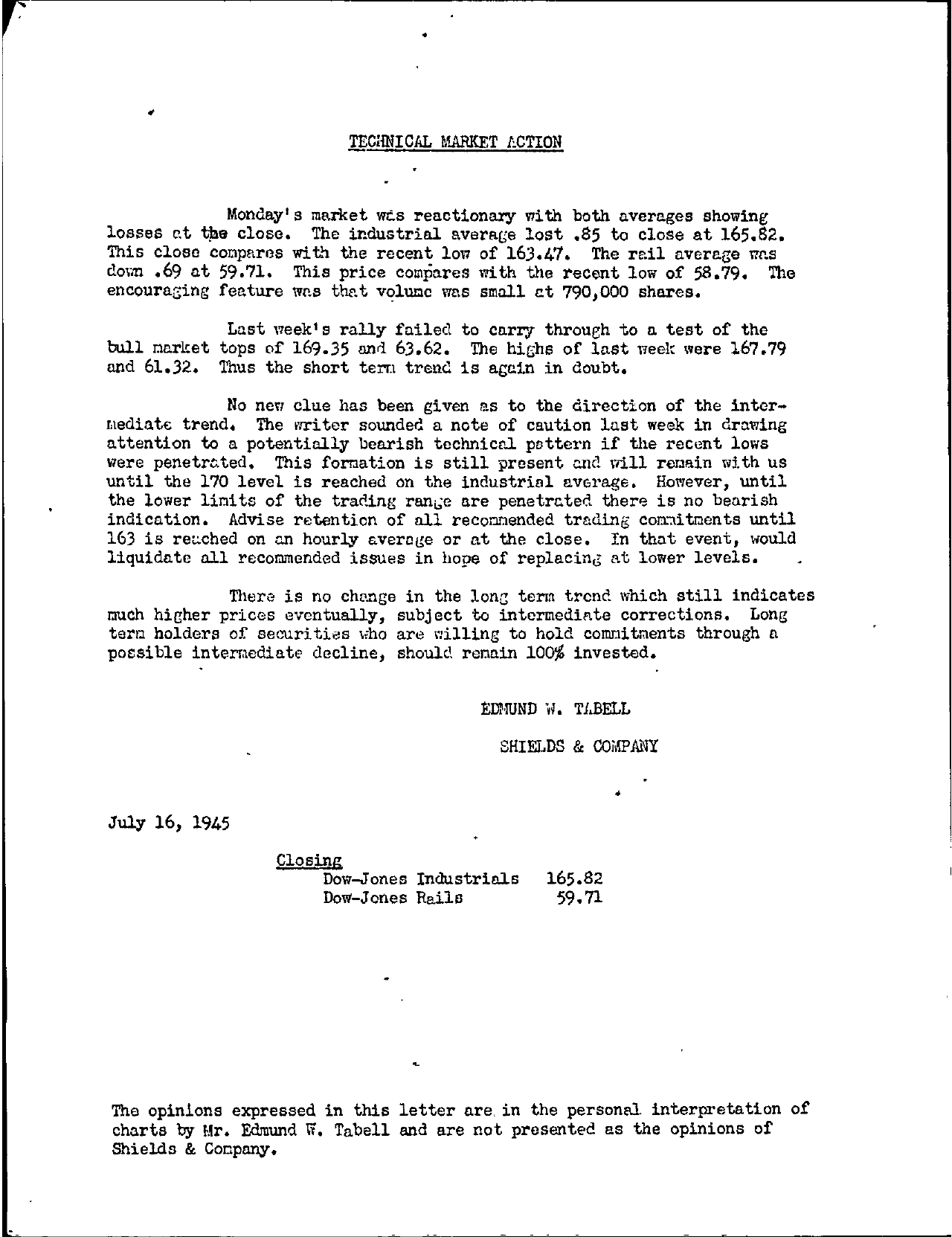 TECHNICAL MARKET ACTION Monday's market was reactionary with both averages showing losses at the close. The industrial average lost .85 to close at 165.82. This close compares the recent low of 163.47. The rail average down .69 at 59.71. This price compares with the recent low of 58.79. The feature was that volume was small at 790,000 shares. Last week's rally failed to carry through to a test of the bull market tops of 169.35 and 63.62. The highs of last week were 167.79 and 61.32. Thus the short term trend is again in doubt. No new clue has been given as to the direction of the intermediate trend. The writer sounded a note of caution last week in drawing attention to a potentially bearish pattern if tile recent lows were penetrated. This formation is still present and will remain with us until the 170 level is reached on the industrial average. However, until the lower limits of the trading range are penetrated is no bearish indication. Advise retention of all recommended trading commitments until 163 is on an hourly average or at the close. In that event, would liquidate all recommended issues in hope of replacing at lower levels. There is no change in the lone term trend which still indicates such higher prices eventually, subject to corrections. Long term holders of securities who are willing to hold commitments through a possible intermediate decline, should remain 100 invested. EDMUND W. TABELL SHIELDS & COMPANY Closing Dow-Jones Industrials 165.82 DOW-Jones Rails 59.71 The opinions expressed in this letter are. in the personal interpretation of charts by Hr. Edmund W. Tabell and are not presented as the opinions of Shields & Company. 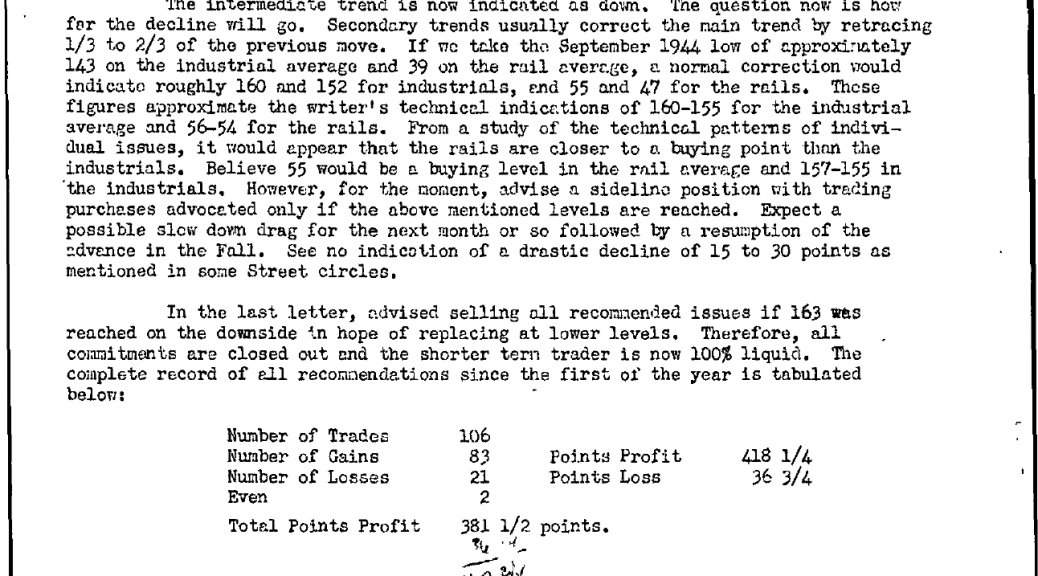 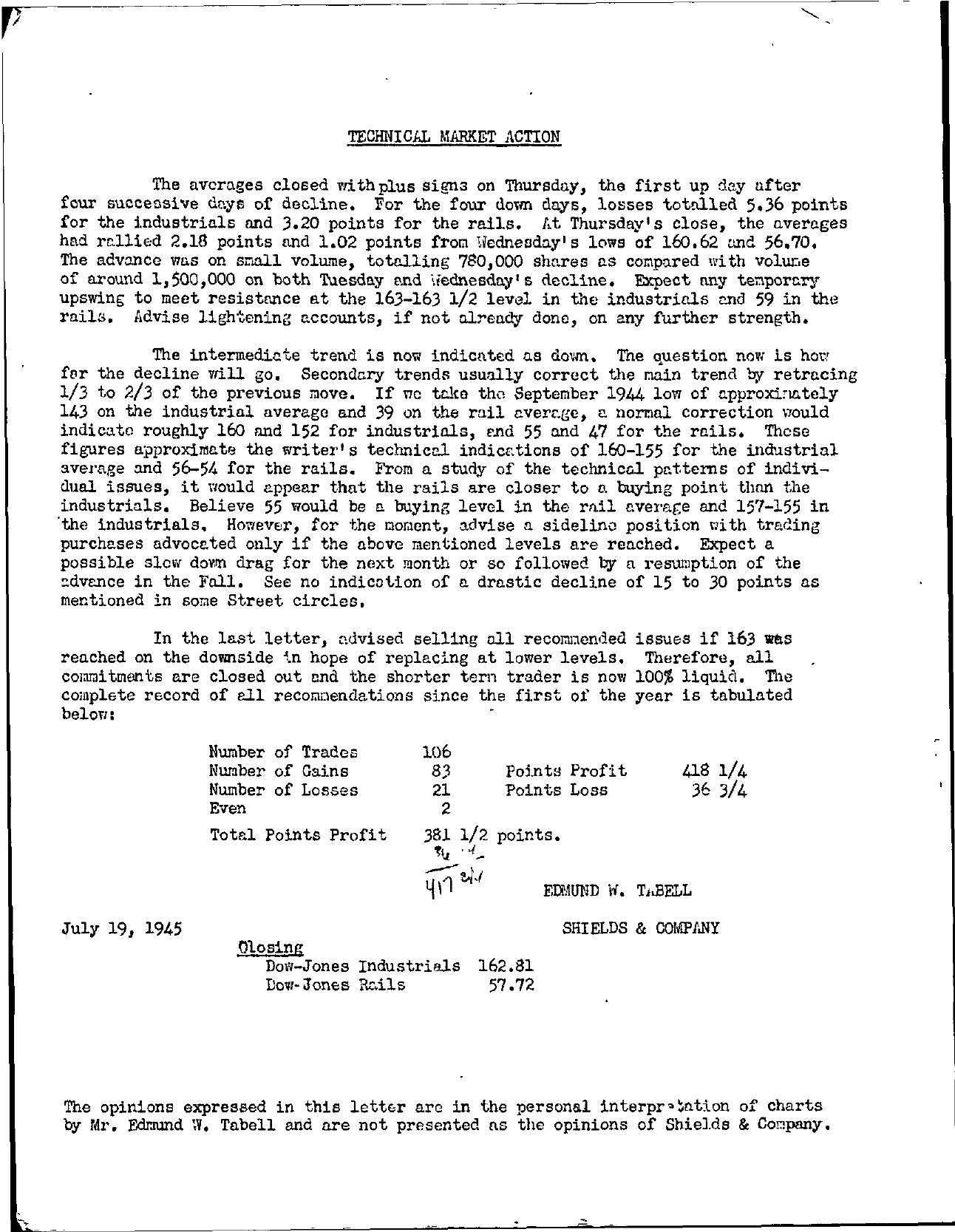 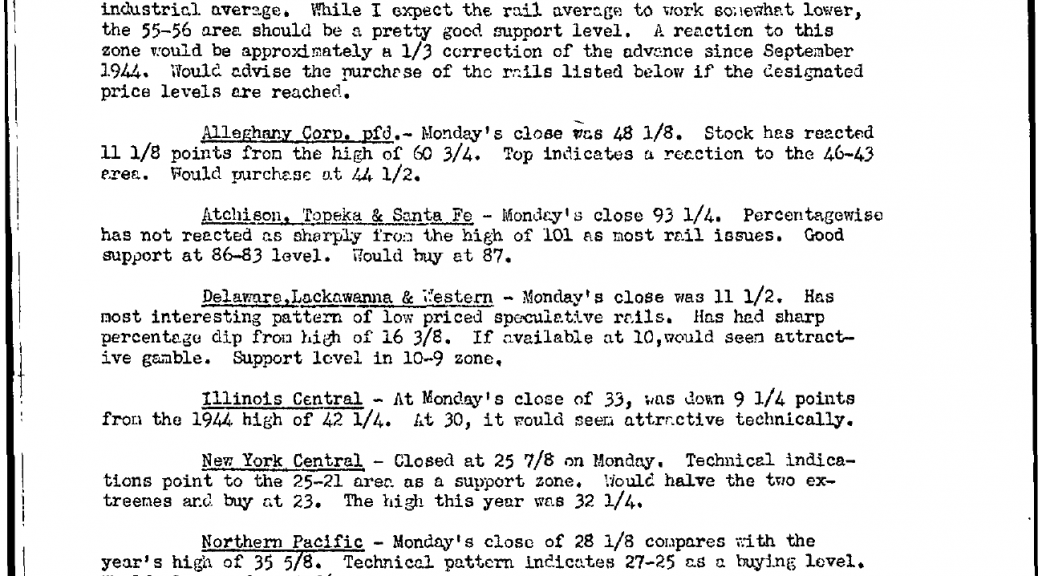 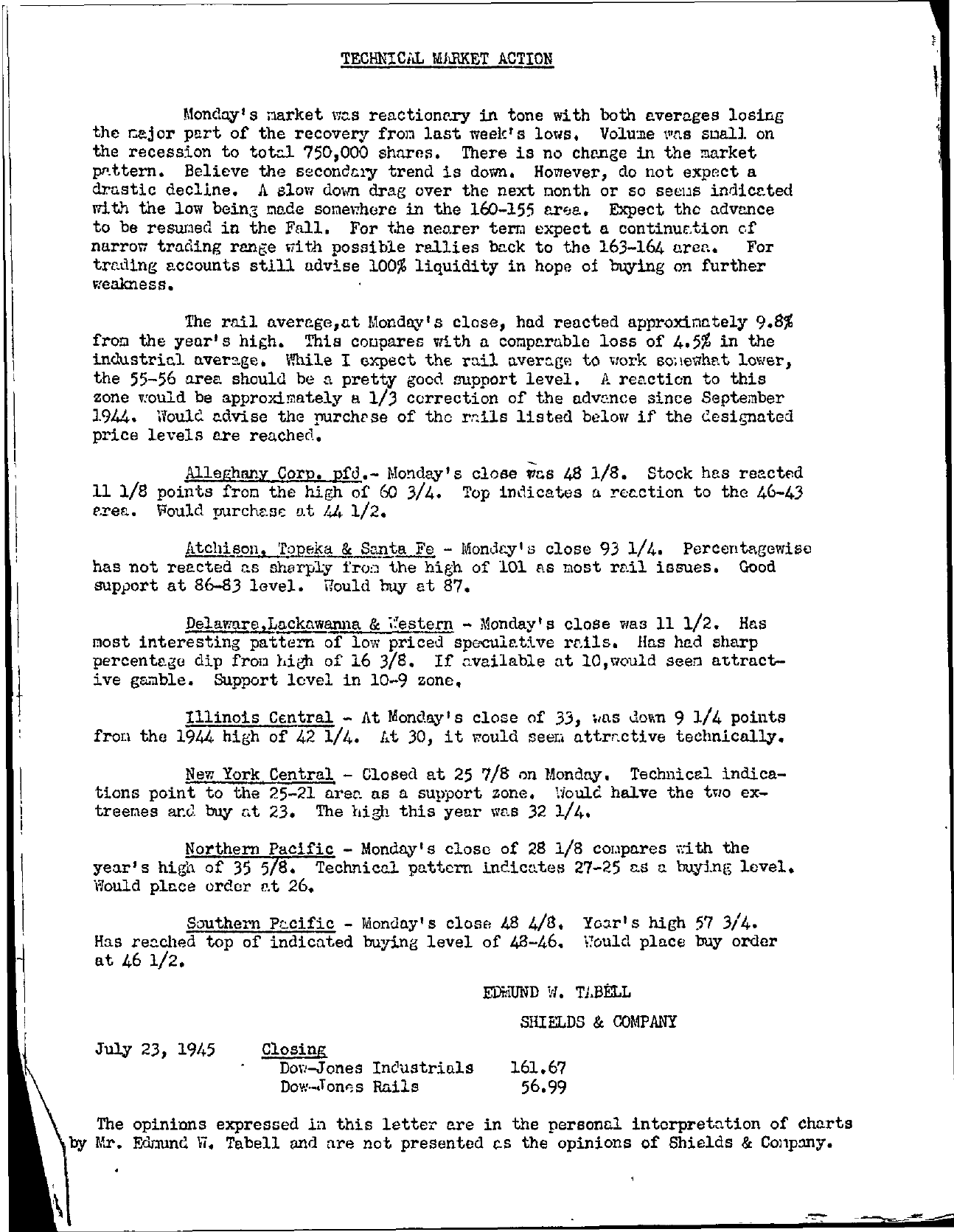 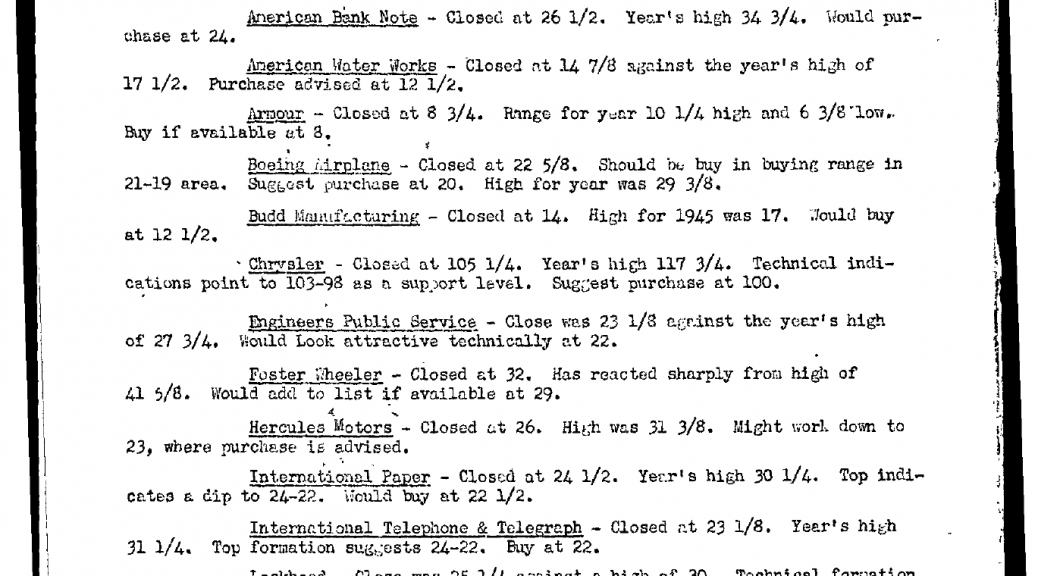 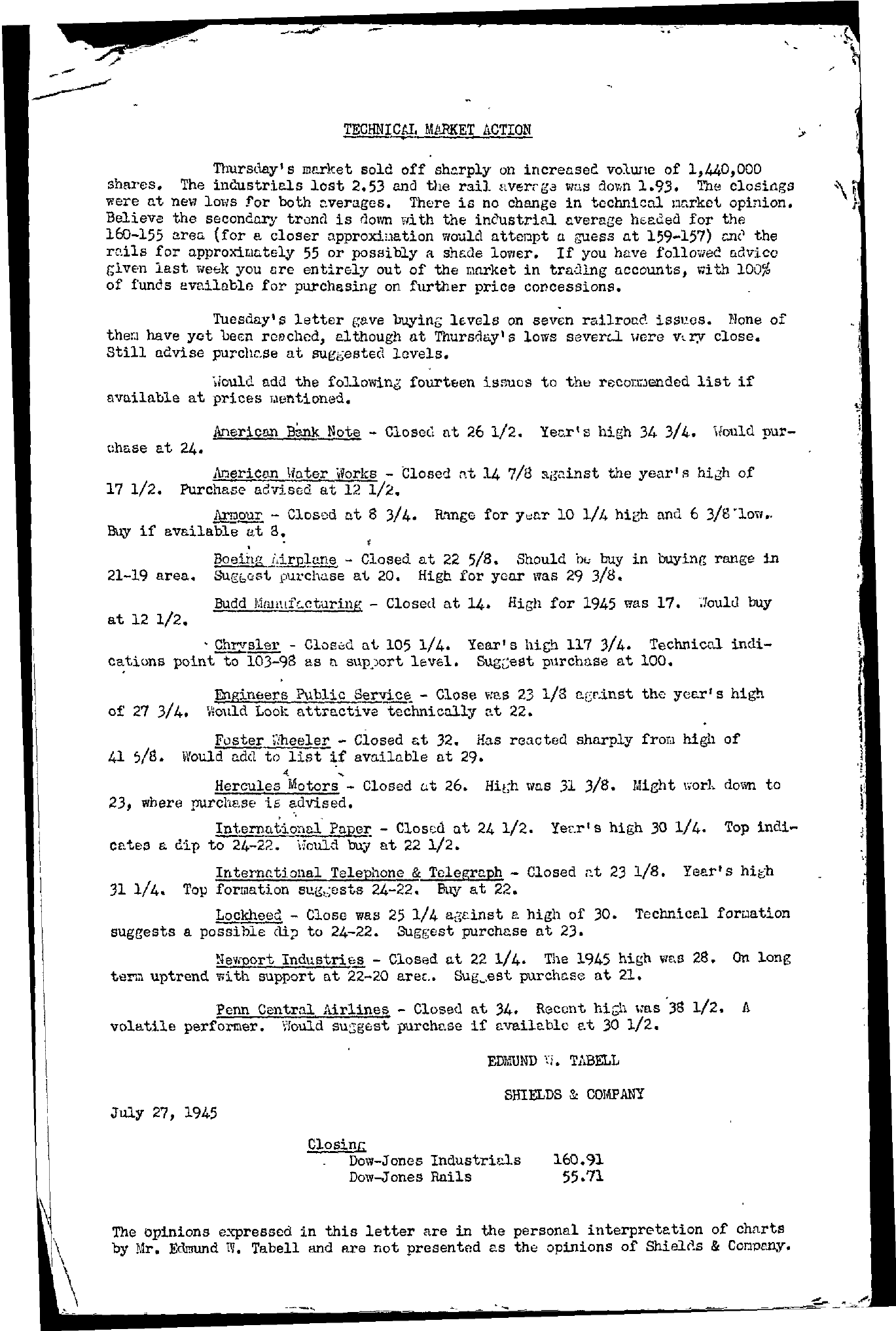 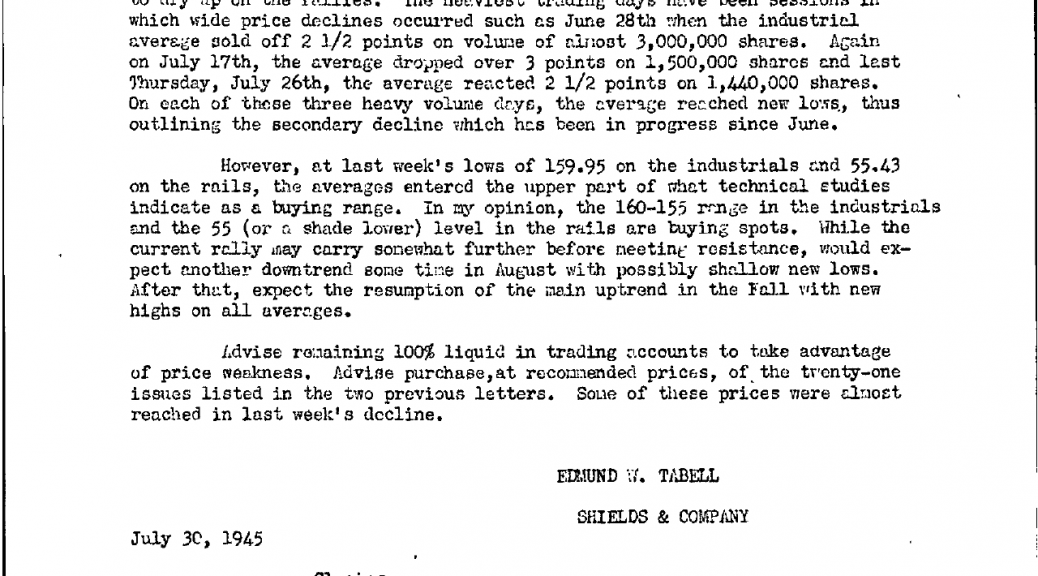 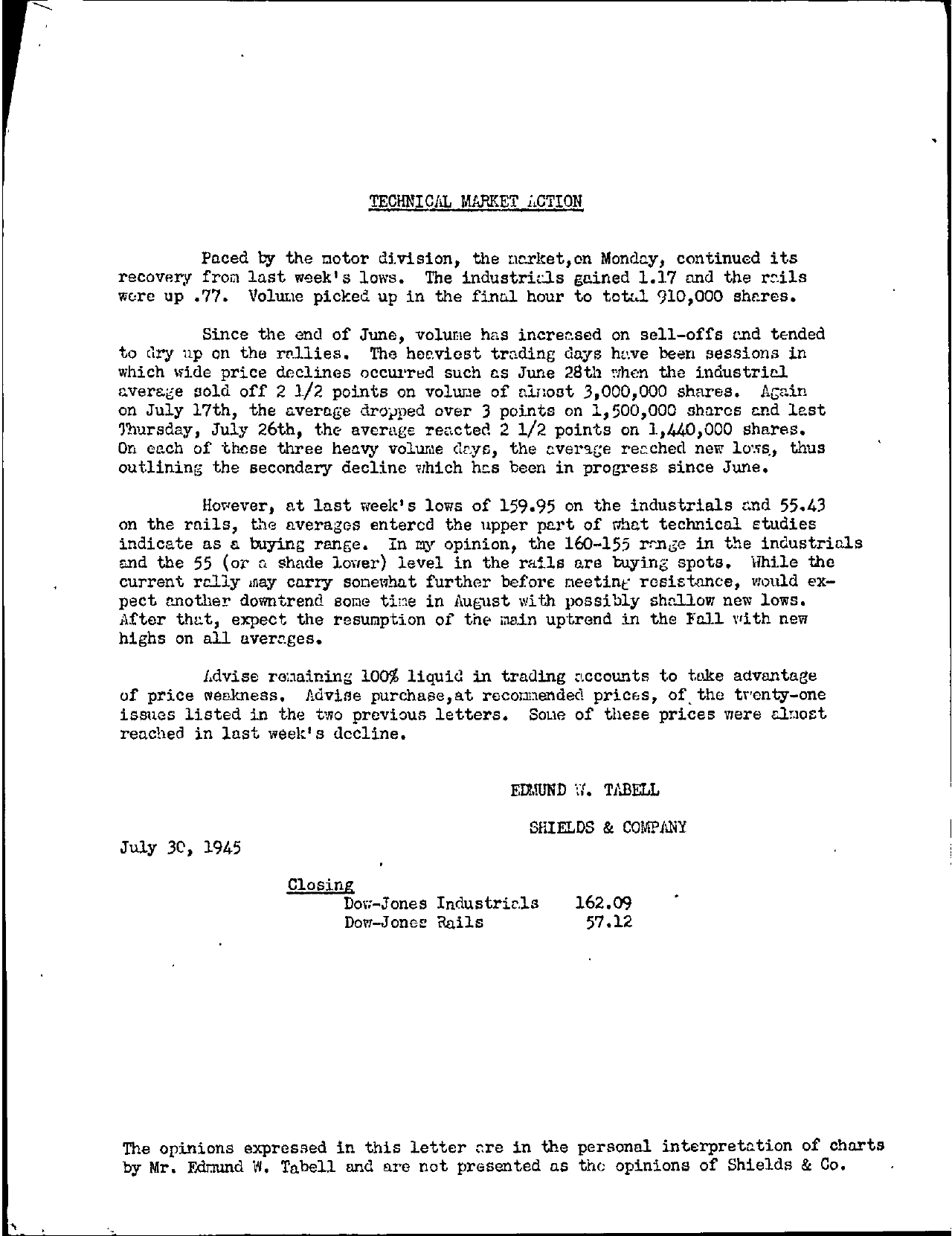